“Their only intent seemed to be to engage and to escalate the aggression on both sides," said Chris David, the Navy veteran who federal officers hit with a baton. 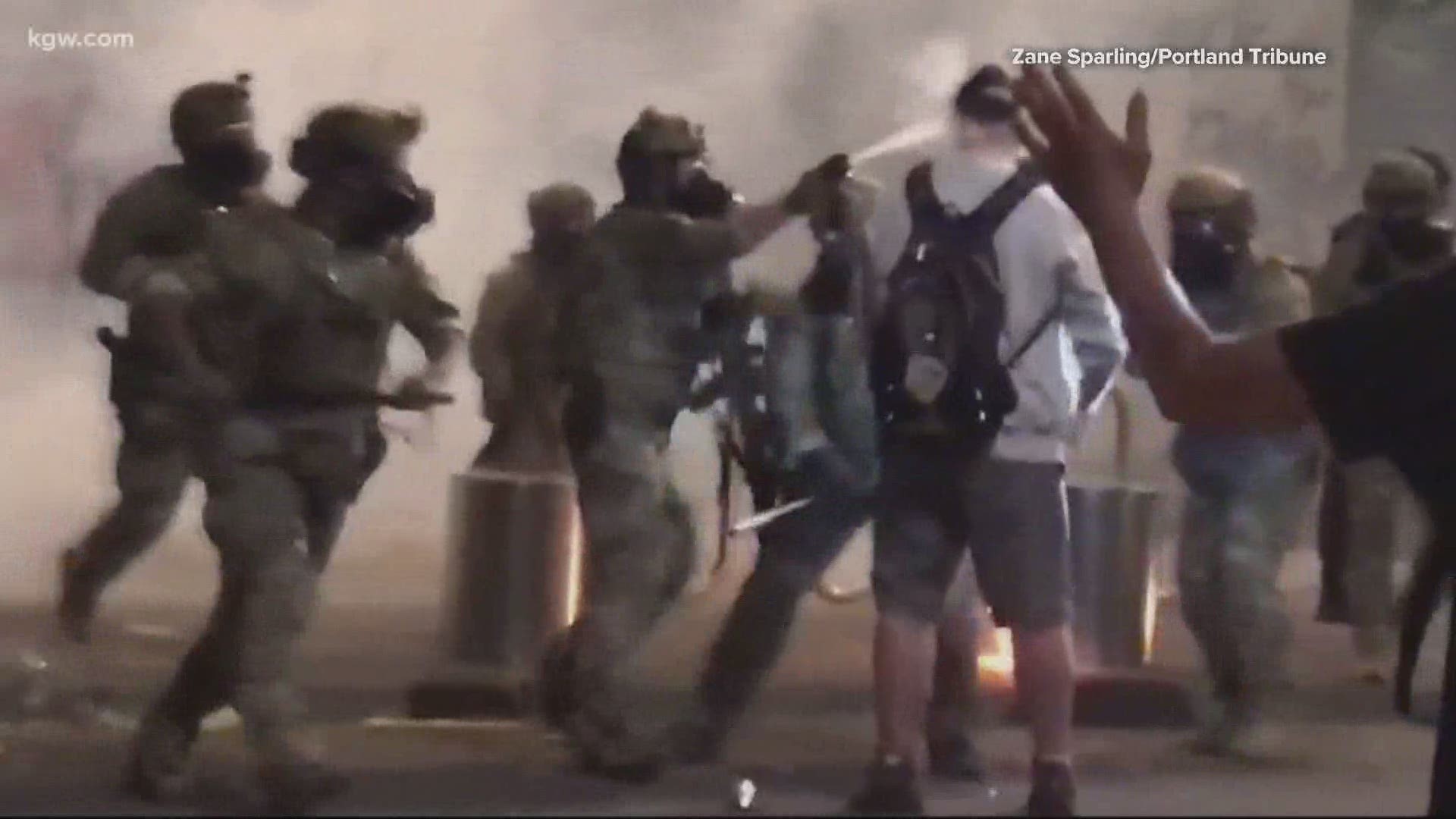 PORTLAND, Ore. — A brief video clip viewed millions of times shows a federal officer hitting a Navy veteran with a baton during a protest in downtown Portland on Saturday.

That same night, a Multnomah County commissioner said she could barely breathe after inhaling tear gas deployed by federal law enforcement. Demonstrators and local leaders say these are examples of how federal officers in Portland are using overly aggressive tactics.

“They were just almost like a gang with sticks,” said Chris David, 53, of Portland.

David suffered a broken hand and bruising after being struck with a baton by federal officers during Saturday's protest in downtown Portland.

“I was not doing anything provocative or aggressive. I was just standing there with my arms by my side. That’s all I was doing,” explained David.

The Navy veteran said he had never been to a protest before. After seeing news accounts claiming federal officers in unmarked vans were arresting protesters without probable cause, David decided he wanted to chat with them about it.

So, Saturday night, he headed downtown.

“I put on my Naval Academy sweatshirt and my Navy wrestling hat,” said David. “I was hoping some of them were veterans and that them seeing me as a veteran would allow us to talk.”

Instead, David said he stood on the street, off federal property, when eight to 10 federal officers came out of the federal courthouse.

“There were no cohesive tactics to what they were doing,” said David. “There was no attempt to de-escalate. Their only intent seemed to be to engage and to escalate the aggression on both sides.”

This weekend saw some of the largest protest crowds in weeks in downtown Portland. Hundreds of demonstrators seemed galvanized by the presence of federal officers, who were called in to help protect federal buildings. So far, the federal courthouse in Portland has seen more than $50,000 in damage, according to federal prosecutors.

Multnomah County Commissioner Sharon Meieran was on the periphery of the protest crowd Saturday night when she was hit with a cloud of tear gas.

Last night I was teargassed by a federal occupying force I SAW throw canisters of poison, without warning, into a nonviolent crowd, including elders, the vulnerable. We can’t wait for Nov to drive secret police from Pdx! Democracy is slipping away in front of our tear-gassed eyes pic.twitter.com/G4H3pPALpN

“I couldn’t see anything. My face was burning. My throat was burning so I could barely swallow,” said Meieran. “There is no level of damage to some property in a park or damage to a building that justifies the trauma and actually injury caused by the wide dispersal of tear gas.”

The U.S. Department of Homeland Security did not respond to a request for comment.