The group marched to the Justice Center, chanting "no justice, no peace" and carrying signs. 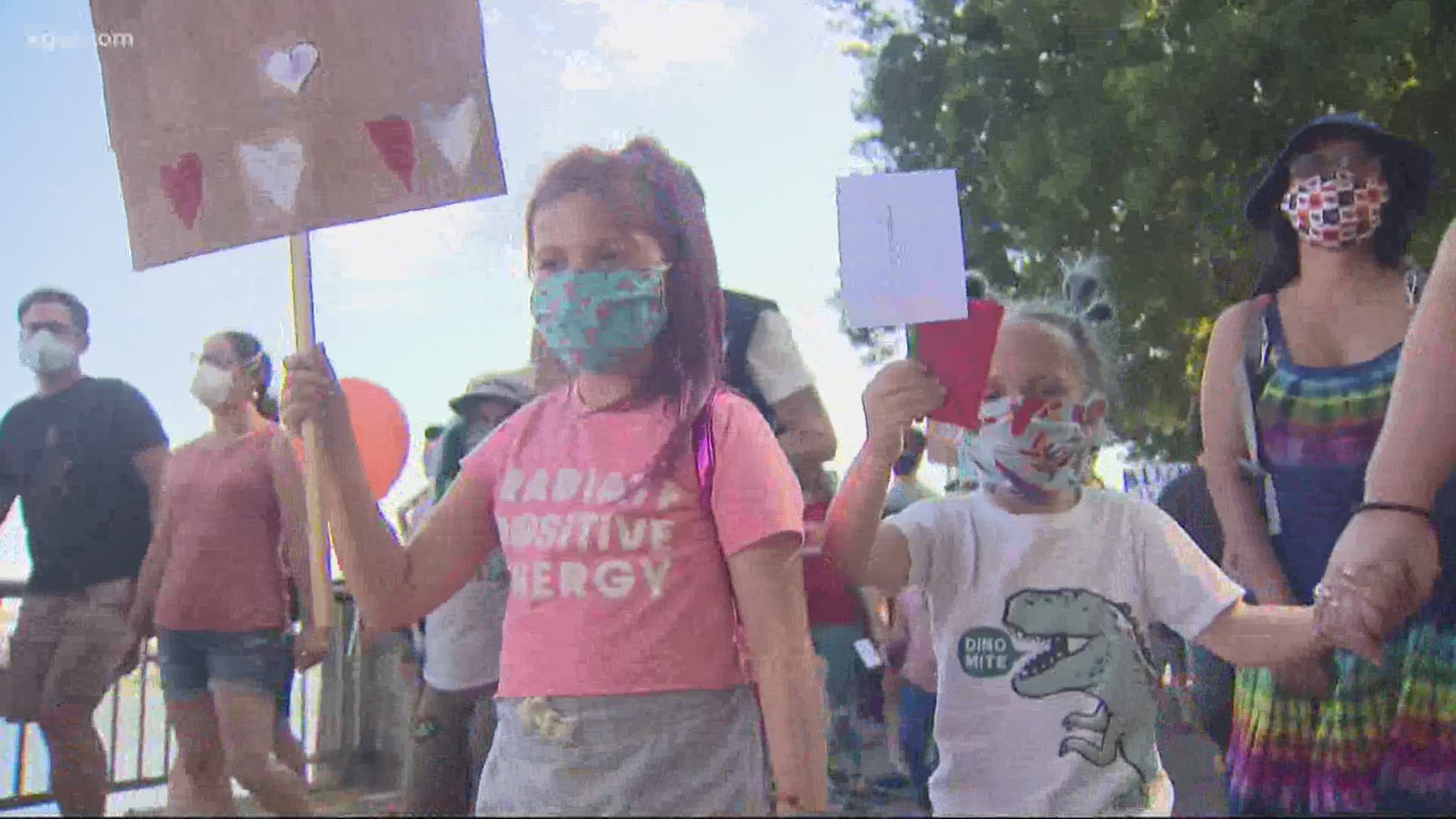 PORTLAND, Ore — Protests continued in Portland on Sunday as children and families took to the streets of downtown Portland to rally against police brutality and systemic racism.

Dozens of families gathered at 3 p.m. on Sunday afternoon at the Salmon Street Fountain on Portland’s waterfront march for Black lives, a Facebook event said.

Portland police said the gathering spilled out into the streets and blocked traffic for several hours, though police described Sunday's protests as "peaceful."

The majority of the crowd left the area by midnight and Portland police said they didn't engage with any of the protesters.

Families Marching for Black lives now on Main st making their way to the Justice Center.” Chanting no Justice no peace” pic.twitter.com/nLITDtYcLA

This is the ninth consecutive week of ongoing protests in Portland.

On Saturday afternoon, hundreds of people came out to King Elementary School for a march and peaceful demonstration to bring awareness to equity in education and a reform to the justice system.

A crowd again gathered in downtown Portland Saturday night outside the federal courthouse and Multnomah County Justice Center. As the night wore on, the crowd watched a multimedia display showing the faces of people — like George Floyd and Breonna Taylor — who died after interactions with police.

Police said they dispersed a crowd after they said some people threw bottles at officers. Saturday marked the third consecutive night of protests that ended in a relatively peaceful manner as federal agents pulled back and made their presence less visible.