The owner of the Thompson Elk, the Regional Arts and Culture Council, found that the base of the statue was severely damaged and it had become a safety hazard. 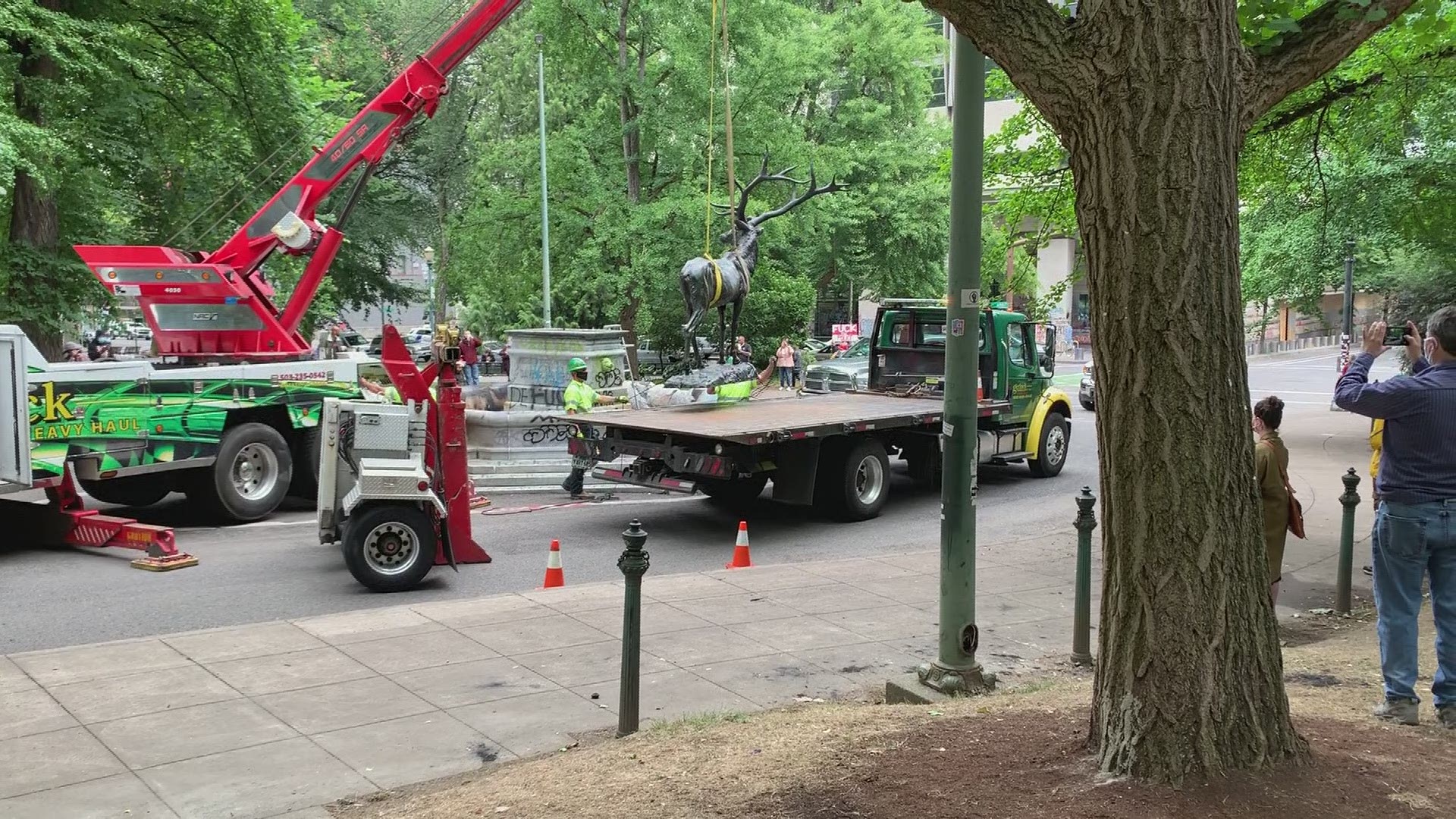 PORTLAND, Ore. — The Thompson Elk statue that stood in the middle of Southwest Main Street in downtown Portland was taken down on Thursday after vandalism turned it into a safety hazard, police said.

Late Wednesday night protesters set fire to the base around the statue. The statue was not damaged, according to the Regional Arts and Culture Council (RACC), which owns it. But the fire damaged the stone surrounding the basin that sat beneath and around the statue.

The damage to the base was so severe that the statue had to be removed for public safety reasons; RACC was concerned the elk could topple over and injure someone. 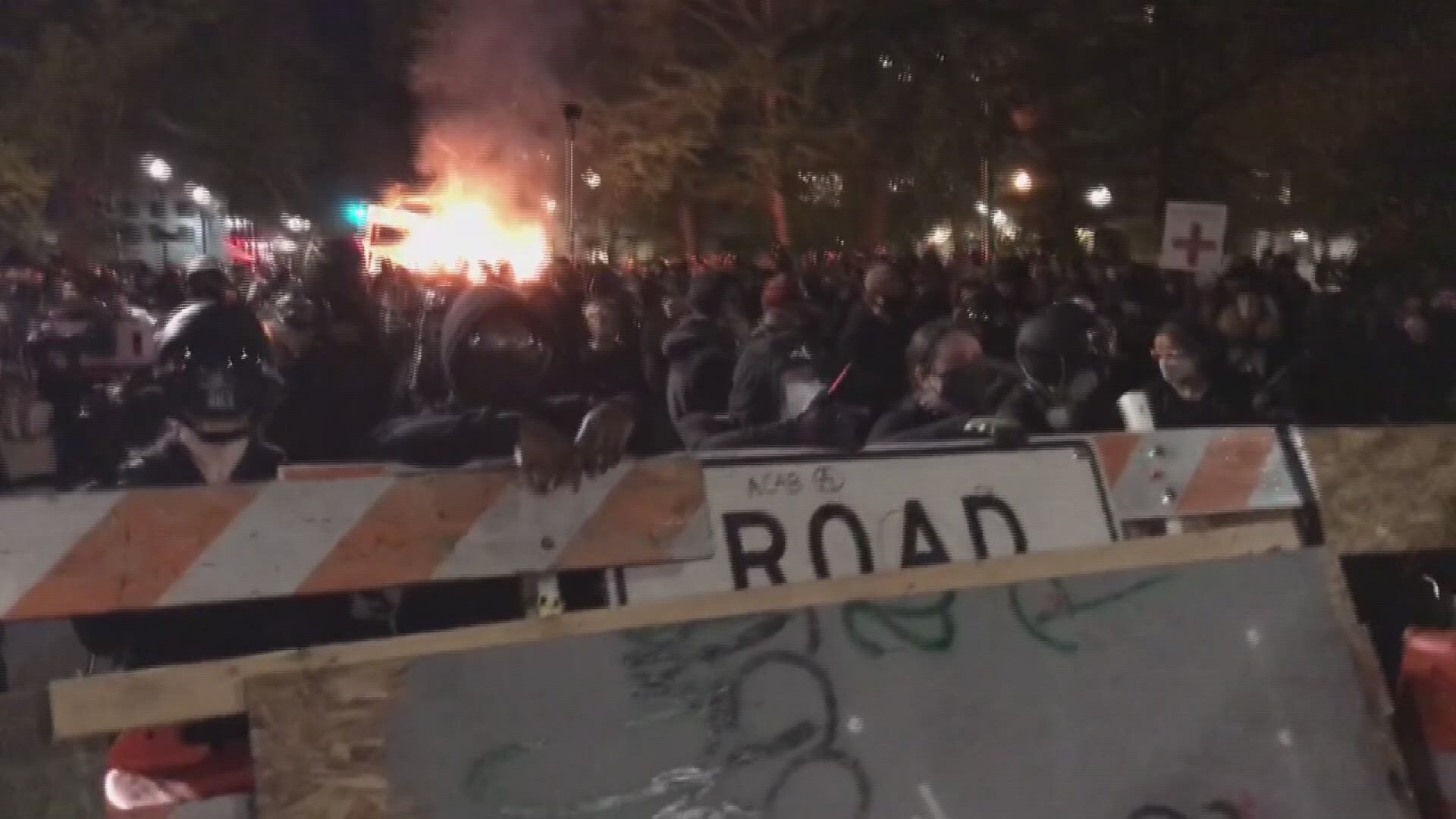 Portland police are investigating the arson.

"Engaging in criminal activity including vandalism and property damage is not peaceful demonstration," said Portland Police Chief Chuck Lovell. "We ask for the public's help in identifying and sharing information about those responsible so they can be held accountable."

Anyone with information about vandalism to or around the statue is asked to email CrimeTips@portlandoregon.gov.

Protesters tagged the elk statue during downtown Portland protests on May 29, but crews removed the graffiti the next morning. The area has been the site of ongoing nightly protests since then.

The elk statue was also damaged during Occupy Portland protests in 2011. Cracks in the antlers were repaired in early 2012.

The statue was commissioned by David Thompson and built by Roland Hinton Perry in 1900.

The Oregonian, 2011: The Thompson Elk, after 111 years, has seen it all -- including Occupy Portland