Michael Reinoehl was killed when a federal fugitive task force moved in to arrest him in Lacey, Washington. Officials confirm Reinoehl was armed with a handgun. 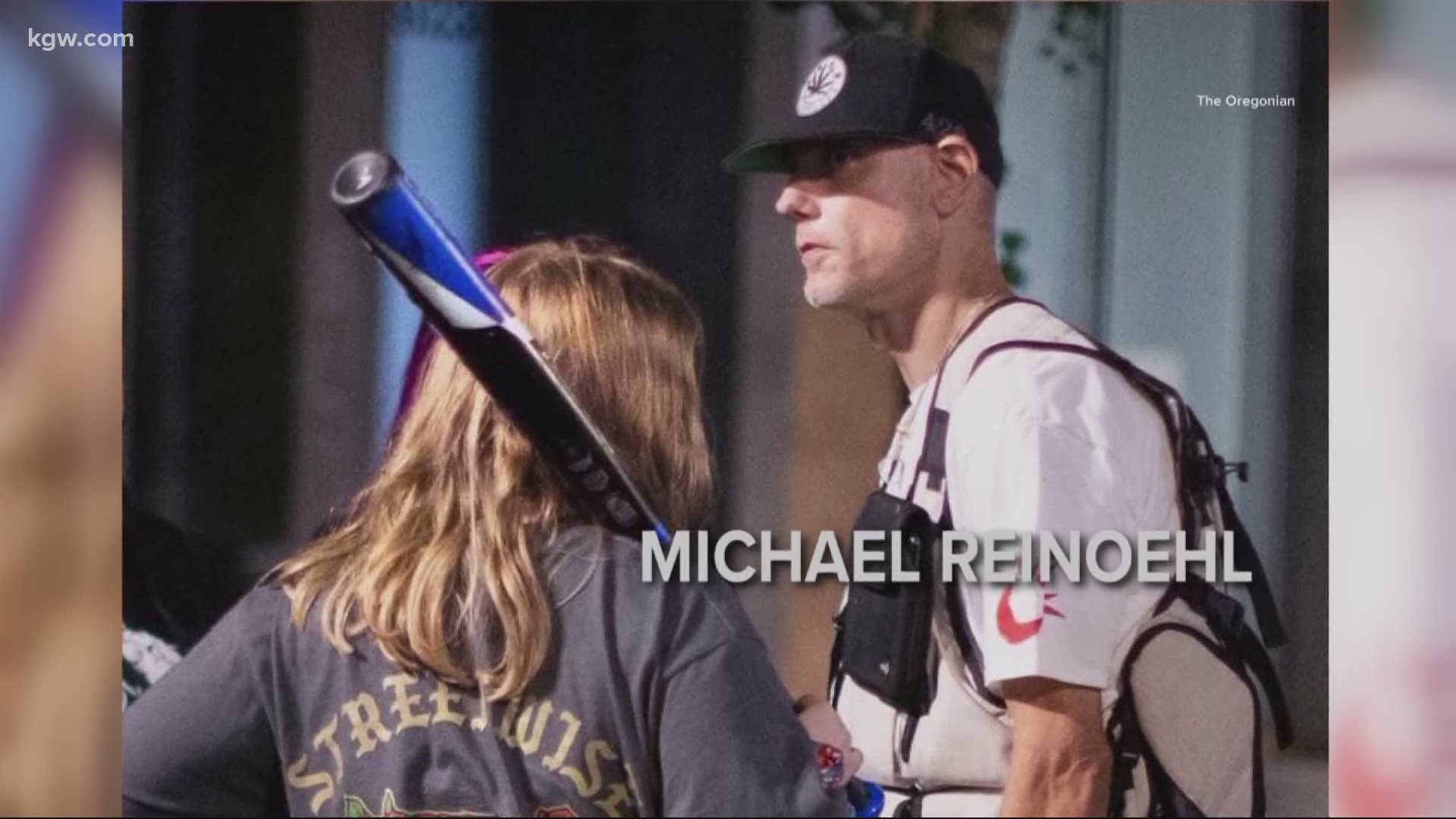 PORTLAND, Ore — A man linked to a fatal shooting in downtown Portland last Saturday was killed Thursday night as officers attempted to arrest him, the U.S. Marshals office said.

Michael Forest Reinoehl, 48, was killed when a federal fugitive task force moved in to apprehend him in Lacey, Washington, near the state capital of Olympia.

Portland police had issued an arrest warrant earlier Thursday for Reinoehl. The warrant said there was probable cause to arrest him for second-degree murder and unlawful use of a firearm. U.S. Marshals were asked to locate and apprehend Reinoehl.

On Thursday at 7:30 p.m., members of the Pacific Northwest Violent Offender Task Force attempted to arrest Reinoehl. The U.S. Marshals said he had a gun and threatened the lives of officers. The task force members shot and killed Reinoehl, who was pronounced dead at the scene.

Thurston County Sheriff's Office Lt. Ray Brady said he could confirm that the suspect was armed with a handgun but could not confirm if he fired at officers.

A spokesperson for the Thurston County Sheriff's Office, the lead agency on the investigation into the fatal shooting of Reinoehl, said that the task force was at an apartment complex, located in the 7600 block of 3rd Way Southeast in Tanglewilde near Lacey.

The Thurston County Sheriff's Office confirmed that the task force was surveilling a person wanted for homicide, that the suspect exited the apartment and made his way to a car on the road, at which time there was a confrontation with officers. During the confrontation, officers fired shots at the car. The suspect fled from the car and more shots were fired.

The task force is comprised of several different local agencies whose members are cross-commissioned as U.S. Marshals, according to the Thurston County Sheriff's Office. On Thursday night in Lacey, the team included law enforcement individuals from the Pierce County Sheriff's Department, the Lakewood Police Department and the Washington State Department of Corrections.

The investigation into the shooting will be conducted by sheriff's offices from Thurston County, Gray's Harbor, Lewis County, Pacific County, Mason County and the Washington State Patrol.

Reinoehl was identified by multiple news organizations as the shooter during last weekend's dueling protests. Earlier on Thursday, Vice News announced that in an interview with Reinoehl, he claimed the shooting was in self-defense.

Reinoehl called himself an anti-fascist and said he had been at several of the recent protests in Portland. He said the victim, Aaron "Jay" Danielson, was trying to kill a friend of his.

“You know, lots of lawyers suggest that I shouldn't even be saying anything, but I feel it's important that the world at least gets a little bit of what's really going on,” Reinoehl told Vice News. “I had no choice. I mean, I had a choice. I could have sat there and watched them kill a friend of mine of color. But I wasn't going to do that."

Danielson had been part of a pro-Trump caravan and rally that night.

Patriot Prayer leader Joey Gibson confirmed Danielson "was a good friend and supporter of Patriot Prayer," a right-wing group based in Vancouver, Washington. Many of its members, including Gibson, frequent Portland for political rallies and protests.

According to Vice News, Reinoehl was an Army veteran and father of two who had been "providing security" at Portland Black Lives Matter protests.