"My heart was broken to see a 16-year-old boy shot and killed. And no one out there saying anything about it,” said former Portland Police Chief Derrick Foxworth. 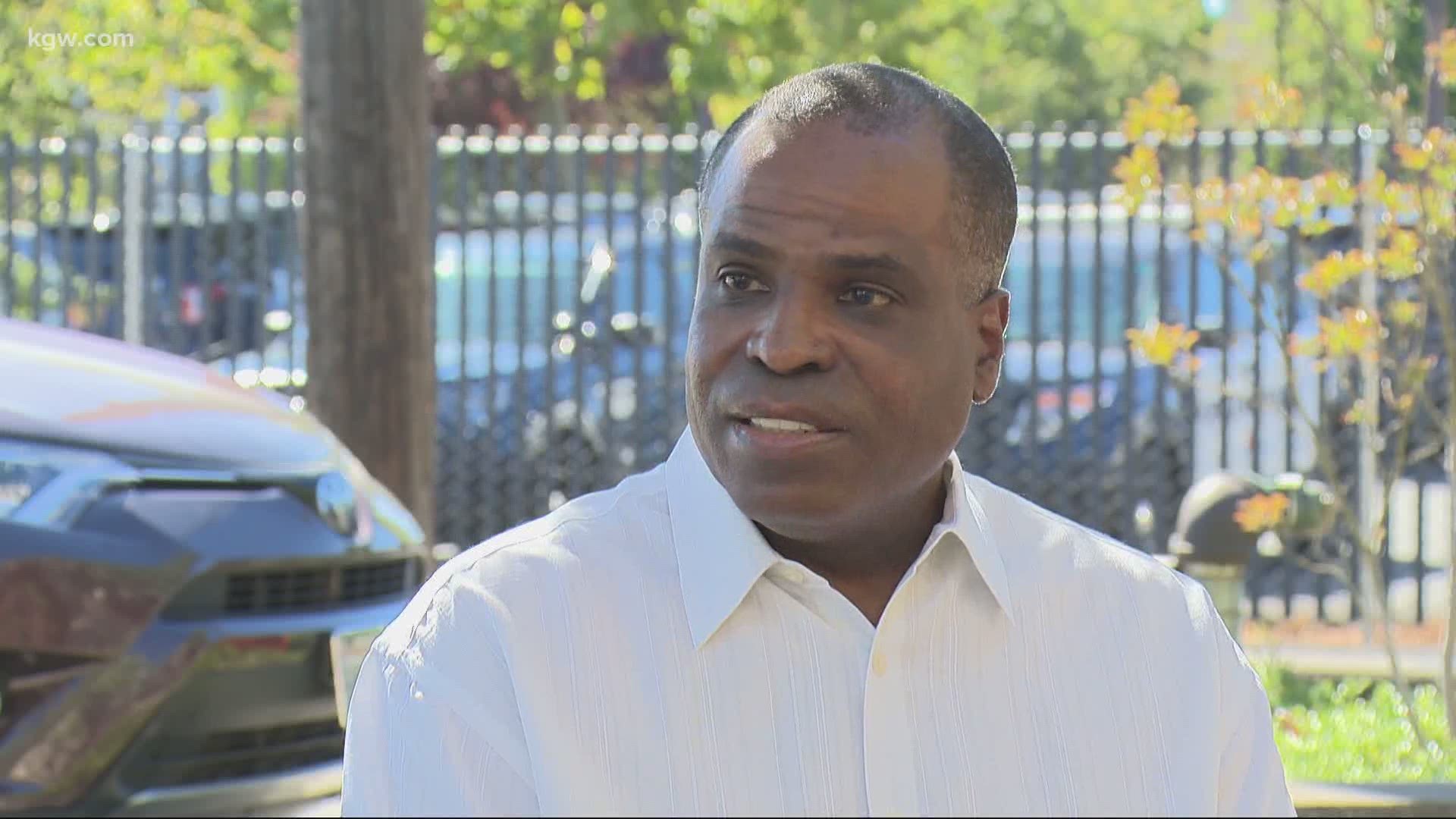 “I have been reluctant to come out and to talk about this," Foxworth said. "Because I didn’t want it to be a distraction. But the only reason I have done so is because I see what is happening to the Black community. My heart was broken to see a 16-year-old boy, young man, shot and killed. And there is no one out there saying anything about it.”

On Aug. 27, someone shot and killed Jaelin Scott at Gateway Park on Northeast Halsey Street. Three other teens were also hit with bullets, but they survived.

There's now a $2,500 cash reward for the tip that leads to an arrest in the case.

Foxworth sees the killing as a part of a misguided attempt to defund police, with no plan for replacing the valuable programs that are cut.

“Shortly after taking office, Chief Lovell had his budget slashed by millions of dollars," Foxworth said. "And that directly affected a specialty unit that was focused on gang violence prevention. And when that unit went away, there was nothing to replace it, to do that body of work to get that job done.

"And so now what you’re seeing is unprecedented shootings in the city of Portland. And the sad fact is that many of the victims of the shootings happen to be Black."

Foxworth said he does support the goal of reforming police.

“What’s important is that we all recognize that the incidents we’ve seen across the country are unacceptable, and that police need to do a better job,” he said.

But he said standing up against police brutality and racism is much different than the violent attacks happening during Portland riots night after night. He believes that nightly violence has hijacked the Black Lives Matter movement.

“I think that is something that many of us are concerned about," Foxworth said. "It does anger us that we look out there and see them using the Black Lives Matter movement as an excuse to go out and to burn buildings, to set fires, to break windows. And it has nothing to do with Black Lives Matter. There’s no message about addressing systemic racism, about unemployment, access to health care, criminal justice reform. That message is getting lost.”

An throughout all of the violence, city council members have not stood together to denounce it.

“It’s a deafening silence,” he said.

Mayor Ted Wheeler did denounce the killing of a Trump supporter and all the violence this past Sunday, but he stood alone. The other city commissioners were not there with him.

Commissioner Amanda Fritz posted a message on her website that she was sad and worried the message is getting lost.

Commissioner Jo Ann Hardesty tweeted a statement that she is also sad, but not surprised, and criticized police.

Today I am saddened but not surprised.

As a child of the civil rights movement rooted in non-violence, to me, any loss of life is a tragedy. No one should fear that by expressing their constitutional right to protest that they may lose their life. (Full Statement) pic.twitter.com/iOeBVMUE8t

And Commissioner Eudaly issued a statement Aug. 25 that criticized police.

Foxworth said those statements are not nearly enough.

“Chief Lovell is in a very difficult position," Foxworth said. "He is the only face beside a handful of others that is out denouncing what should clearly be something that everyone can agree on: supporting peaceful protest and denouncing violence. And there just has been this deafening silence from others who have not stepped up and made any kind of public statement. Chief Lovell needs that support to do his job.”