The Portland Trail Blazers tweeted a video showing Lillard arm-in-arm with protesters with the caption “our point guard.” 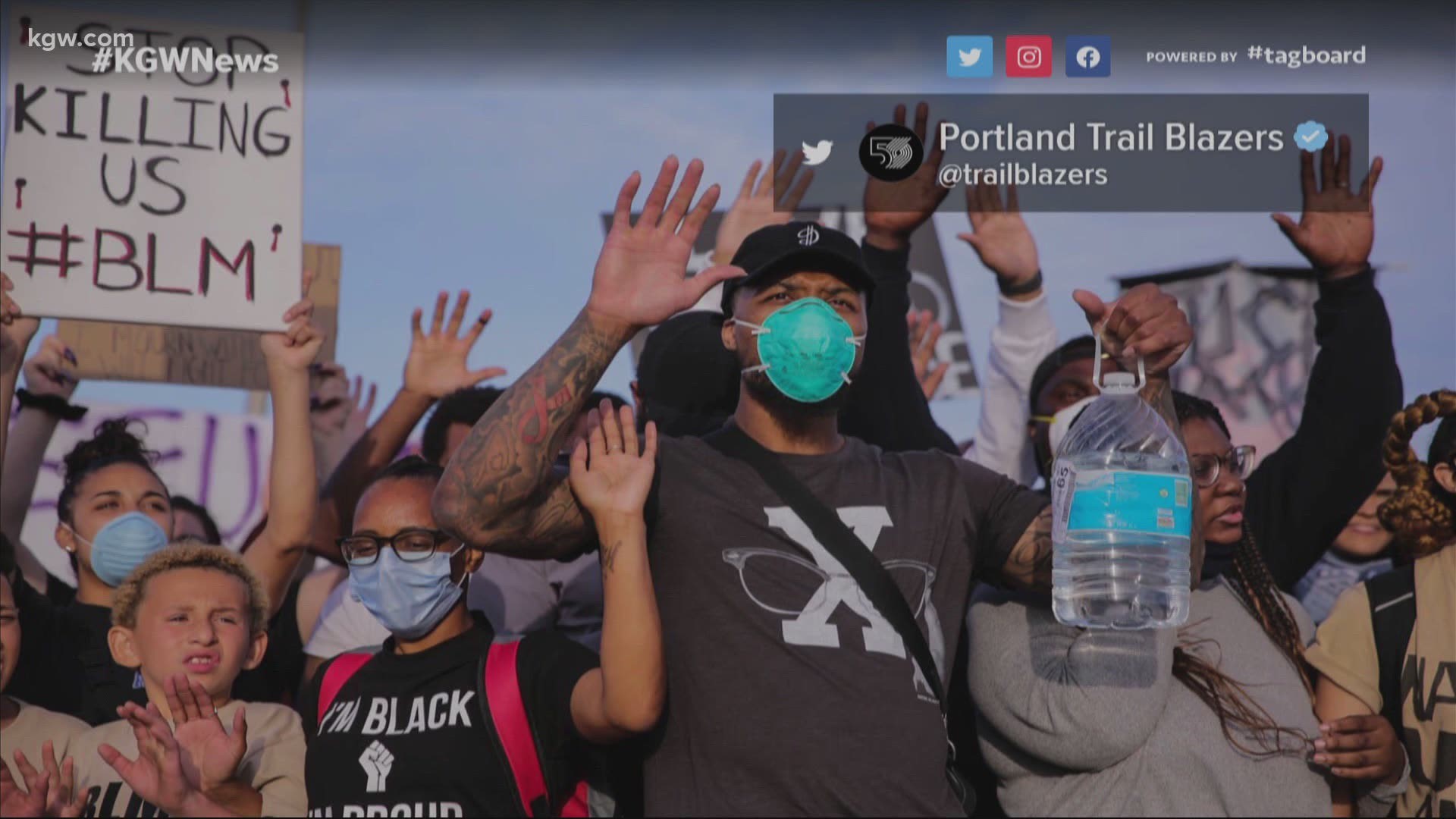 PORTLAND, Ore — Among the thousands to take to the streets of Portland Thursday night in solidarity with George Floyd and to protest police brutality and racism was Trail Blazers star Damian Lillard.

It’s the first night Lillard has joined the large demonstrations in Portland, which have gone on for seven days.

The Portland Trail Blazers tweeted a video showing Lillard arm-in-arm with protesters with the caption “our point guard.”

Video from Sky 8 shows Lillard helping lead the protesters across the Morrison Bridge as they headed into downtown Portland.

While it’s the first time Lillard has joined the thousands who have taken to Portland’s streets over the past week, he’s been vocal on social media since Floyd’s death while in Minneapolis police custody on Memorial Day.

“I’ve had personal experiences with this and was fortunate enough to not end up dead… it’s time for they ass to be held accountable… to the highest degree period,” Lillard wrote in an Instagram post.

Derek Chauvin, the officer who kneeled on Floyd’s neck for nine minutes, seen in a video recorded by a passerby, has been charged with second-degree murder. The three other officers involved in Floyd’s arrest have also been arrested.

An independent autopsy showed Floyd died from asphyxiation due to sustained forceful pressure, according to an attorney for Floyd's family, who hired an independent company to perform the autopsy.

A private memorial service for Floyd was held in Minneapolis Thursday with Rev. Al Sharpton giving the eulogy.

RELATED: Demonstrators march for 7th day of protests in Portland against police brutality and racism