A group of around 50 people gathered at the courthouse and clashed with federal officers Thursday night. 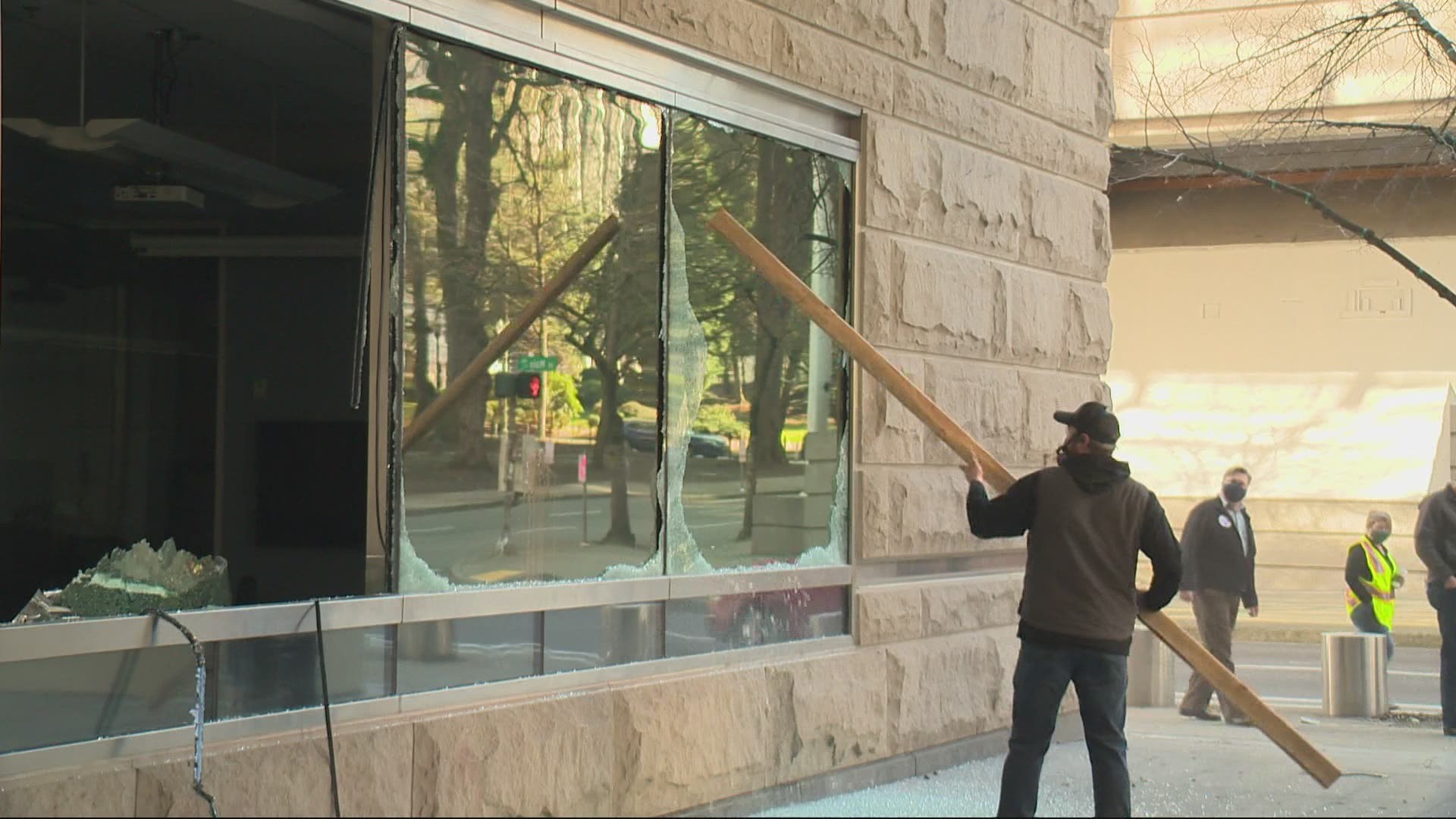 PORTLAND, Ore. — Friday morning outside the Mark O. Hatfield courthouse building in downtown Portland, crews were cleaning up broken glass and boarding up windows after a night of destructive demonstrations.

Down the street from the courthouse, staff at Foot Traffic found a window that had been broken on the corner of the store's building. It was news to owner Sean Rivers.

"I think the fact that I'm caught flat-footed on this and a little unaware is reflective of where a lot of people are with this is. 'Really? Really? You're still breaking the windows of a small business that has been doing good things in this community?'" Rivers said.

"I'm pissed!" he said. "We should all be very upset and stand up and say this is not ok, because it's actually antithetical to what we need to be doing right now."

A crowd of about 50 people gathered outside the federal courthouse Thursday night. Windows were broken and a fire was set to the plywood facade covering the front windows. Police quickly put the fire out.

The fence surrounding the courthouse had been up since July. It was taken down Wednesday.

Part of the fence was covering a bike lane on Southwest Main Street on the south side of the courthouse. In July, the city of Portland said it was going to fine the federal government $500 for every 15 minutes the fences were blocking the bike lane. A Portland Bureau of Transportation spokesman said the fences blocking the bike lane were removed in October and fines had totaled more than $4 million dollars, but because they were removed the city has not pursued collection.

Federal officers arrested 22-year-old Darby Howard for allegedly breaking a window around 10:45 p.m. Thursday night. Court documents say he was seen on security camera footage from the Justice Center using a Lime Scooter to fully break one of the large front windows that was already damaged.

A probable cause affidavit says the broken window will cost around $1,500 to replace.

Earlier that day, Portland police arrested Howard for vandalizing a TV and door inside the lobby of the Wells Fargo Building. Inmate data from the Multnomah County jail shows he was booked around 4 p.m. The Oregonian reports that Howard was released on his own recognizance around 8:30 that night.

Multnomah County District Attorney Mike Schmidt charged Howard with one count of first-degree criminal mischief, one count of resisting arrest and one count of attempting to assault a public safety officer.