Gov. Brown had requested assistance from the local agencies as part of a unified law enforcement plan aimed at ending the violence in Portland. 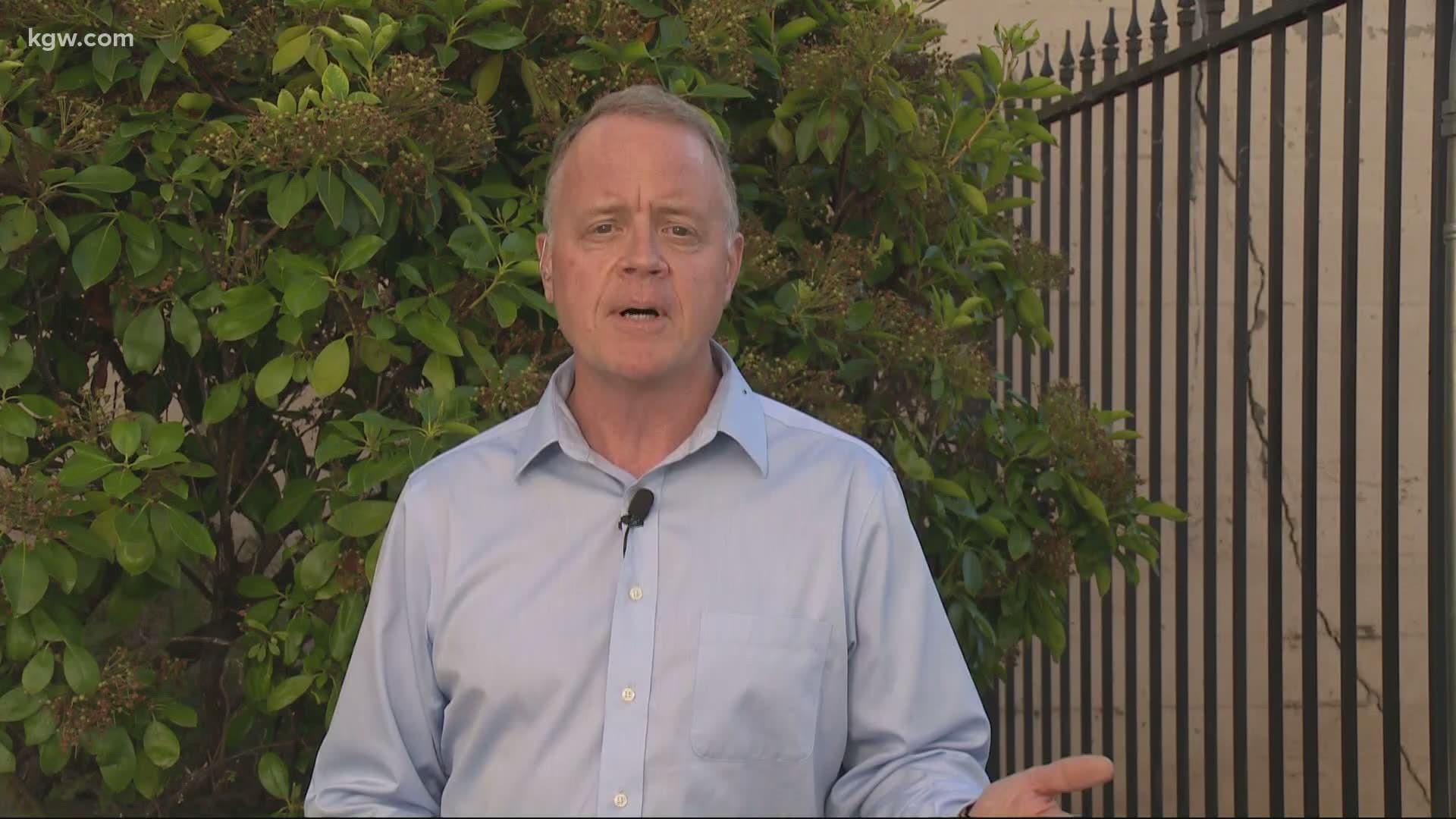 PORTLAND, Ore. — The Gresham Police Department on Tuesday joined the sheriffs in Washington and Clackamas counties and said they will not send officers to Portland to help respond to the nightly protests, some of which have turned violent.

Surrounding local law enforcement agencies were called upon by Gov. Kate Brown to support the Portland Police Bureau (PPB) with personnel and resources. It was part of a unified law enforcement plan the governor laid out Sunday night with hopes of ending the violence in Portland while also protecting the free speech of demonstrators.

Brown announced her plan the night after a 39-year-old man was shot and killed in downtown Portland near protests. No arrests have been made in connection to the shooting and Portland police say it’s unknown if the incident was politically motivated. The shooting followed a car rally in support of President Donald Trump.

But Monday afternoon, Washington County Sheriff Pat Garrett and Clackamas County Sheriff Craig Roberts said they would not send deputies to Portland as the governor requested.

Gresham police tweeted Tuesday morning that Gov. Brown released her plan without consulting law enforcement agencies involved and said officers would not be sent to Portland to assist at this time.

Governor Brown released her plan without consulting the listed agencies. At this time, the Gresham Police Department will not be assisting our colleagues at the Portland Police Bureau.

Roberts said Brown didn’t contact him before she revealed her plan Sunday night. He said his sheriff’s office would assist Oregon State Police (OSP) with their calls for service in Clackamas County while OSP resources are being used in Portland.

“The only way to make Portland safe again, is to support a policy that holds offenders accountable for their destruction and violence. That will require the DA to charge offenders appropriately and a decision by the Multnomah County Presiding Judge not to allow offenders released on their own recognizance, and instead require bail with conditions,” Roberts said.

Earlier this month, Multnomah County District Attorney Mike Schmidt said his office wouldn’t prosecute cases where the most serious charge was a city ordinance violation, such as interfering with a peace officer. Schmidt said assault and arson charges would still be prosecuted.

Washington County Sheriff Pat Garrett said his office would help PPB through indirect ways such as air support and assisting with specific criminal investigations. But he said he would not send deputies to Portland and voiced similar concerns to Sheriff Roberts.

“PPB is a terrific partner and I am very sympathetic to what they are enduring,” Garrett said. “However, the lack of political support for public safety, the uncertain legal landscape, the current volatility combined with intense scrutiny on use of force presents an unacceptable risk if deputies were deployed directly.”

“Over the weekend, members of our associations were approached to assist with policing in the City of Portland. Unfortunately, due to the lack of support for public safety operations, the associated liability to agencies who would be assisting in Portland and the lack of accountability for those arrested committing criminal acts, we cannot dedicate our limited resources away from the communities we serve. We know there will already be an additional burden on local law enforcement agencies as Oregon State Police Troopers are re-assigned to assist in Portland.”

In the joint statement, the organizations said city and state leaders need to show support for law enforcement and hold people accountable for criminal activity.

Nightly protests, sparked by the police killing of George Floyd in Minneapolis and racial injustice, have been ongoing in Portland for more than three months. Some nights have ended with vandalism, violence and clashes between officers and demonstrators.