A look back and ahead at Portland protests against police brutality

Protesters want reform in the system that's set up to protect and serve, including taking money away from police departments. 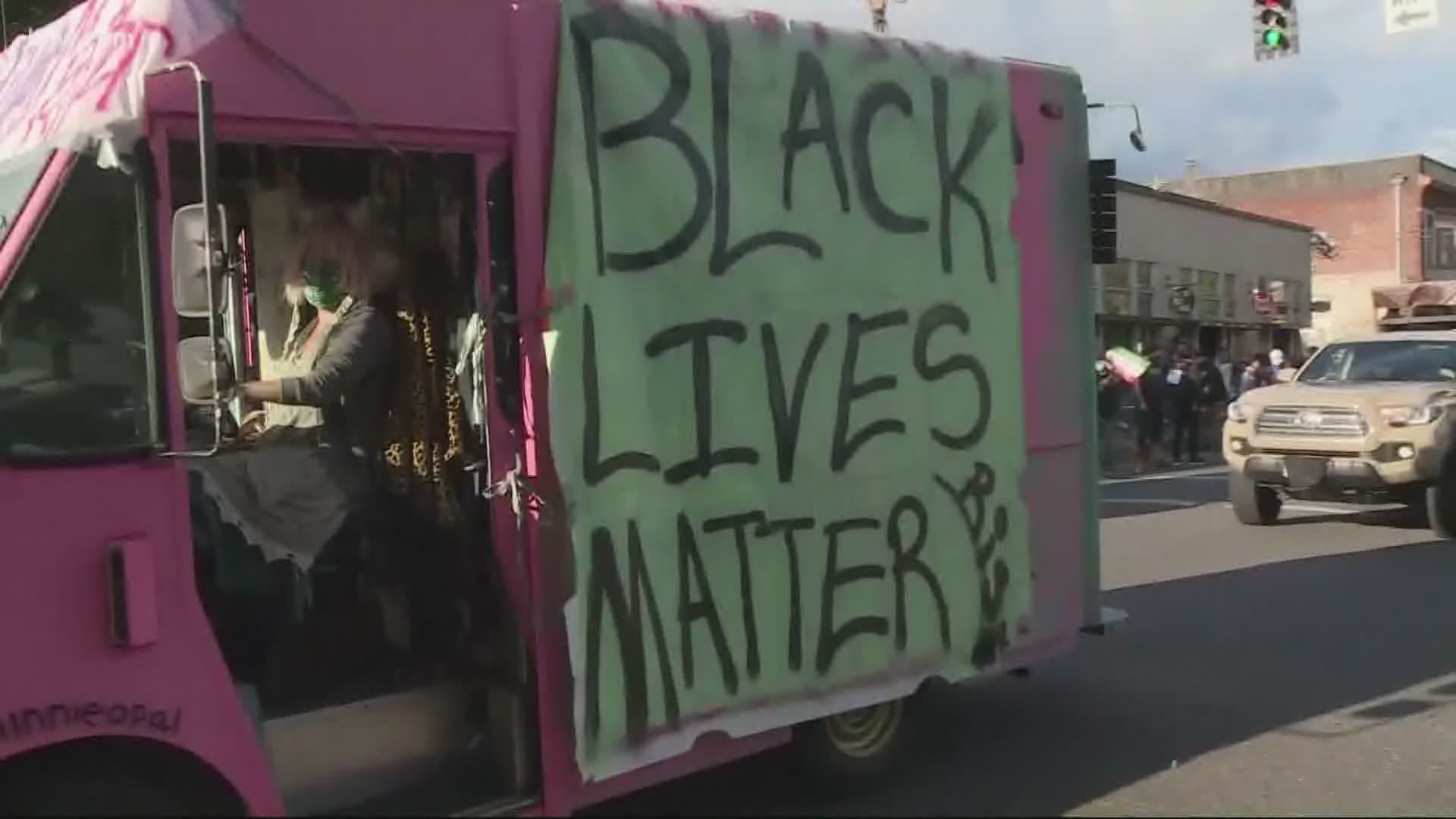 PORTLAND, Ore. — From coast to coast millions are flooding the streets, calling for an end to systemic racism in law enforcement.

For the third weekend unrest continues as the fight to end police brutality against people of color rages on.

In Portland, massive demonstrations every day are honoring the life of George Floyd and other black Americans killed by law enforcement - and they have no intention of stopping.

"I am encouraging [the protests] to continue until the message has been driven home. We’ve got to be a consistent force, an ever-ready and present voice that says, ‘We, as the people, are demanding change’,” NAACP Portland Chapter President E.D. Mondaine said, “Thank god for millennials who are stepping up to the plate and saying, ‘Damn it, we're going see this happen!’”

Thousands start at Revolution Hall each night and march miles across Portland’s bridges and through streets on the east side in areas transformed by gentrification.

While those rallies have been nonviolent, police say Saturday night a few people smashed a car's windows and slashed its tires.

A theme later in the night in downtown Portland: hundreds gather outside the Multnomah County Justice Center where they clash with law enforcement.

PPB declares unlawful assemblies and uses force to get the crowd to leave. Over the past several nights, people have thrown bottles and cut holes and climbed through the fence around the justice center.

Around midnight Sunday in a residential area, PPB says some demonstrators threw mortars and fireworks at officers.

Like most nights throughout these past few weeks, multiple people were arrested Saturday and into early Sunday morning.

Protesters taking part in both the nonviolent demonstrations and the more destructive ones want reforms in the system set up to protect and serve, including defunding police departments.

RELATED: 'This is the revolution part of it': Peaceful protest organizers in Portland working together to amplify message

While we are watching changes occurring in Portland and across the country, change in law enforcement as a whole won’t happen overnight; Rev. Mondaine says it will take a persistent push and swift change of laws, policies and procedures to turn things around.

When asked how we will know their message has been driven home, Rev. Mondaine said when President Trump and his administration start “speaking a different language”.

“You're going to see that, I guarantee you,” he added. "It’s reaching the ears of our lawmakers that sit in congress. They're beginning to listen.”

City council is set to vote on the second reading of the budget this coming week which now includes a $15 million cut to the police bureau and re-direction of those dollars into communities of color.

Many activists feel those cuts don't go deep enough; they wanted the Portland Police Bureau budget cut by $50 million and they wanted it done as soon as possible.

“Guess what? Reversing systems isn't always so healthy when you bring them to a really abrupt stop and then try to build from that. Sometimes they create more catastrophe than they do help,” Rev. Mondaine said, “It’s going to be a couple years before we see significant change but it’s going to be a few days before we see hopeful change.”

RELATED: Who is flying circles over Portland protests?