Protests in Oregon, Washington as Joe Biden is announced as president-elect

While people celebrated the news in downtown Portland, elsewhere in the state others gathered in protest. 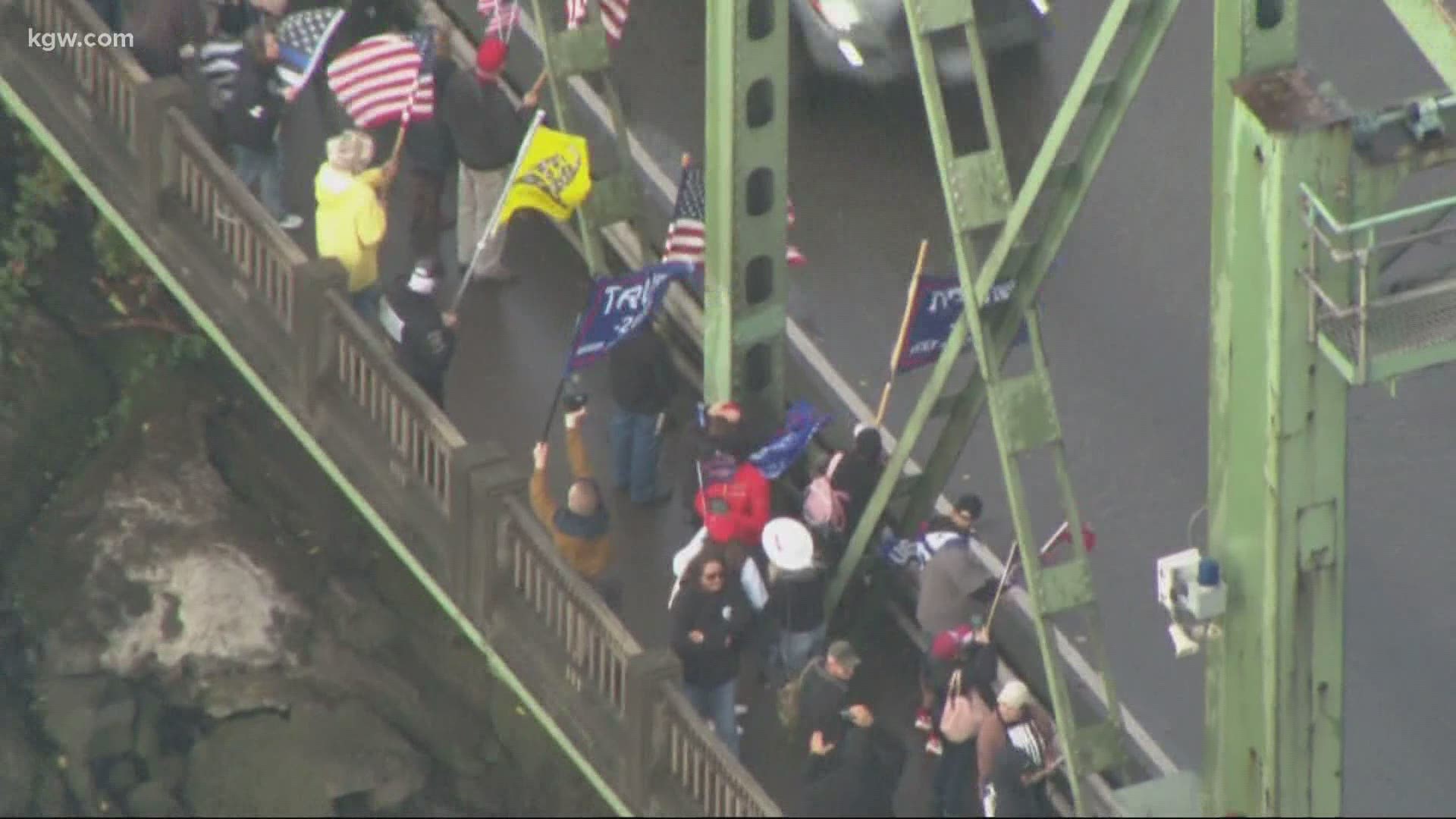 Two right-wing "Stop the Steal" protests happened in Salem and Vancouver, Washington, following the announcement by the Associated Press and NBC that Joe Biden had won the election and is now the president-elect.

"Stop the Steal" refers to the idea that Democrats are stealing the election from President Donald Trump, which he has tweeted about several times without evidence.

Saturday afternoon in Salem, the Oregon State Police (OSP) said that there were opposing groups clashing outside the Capitol building. An unlawful assembly was announced around 5 p.m. though left and right-wing groups continued to clash.

Journalists outside the Capitol documented a large right-wing group who organized the "Stop the Steal" rally, which OSP said started around noon.

A left-wing counter-protest group of about 200 gathered at Pringles Park in Salem before marching to the Capitol. Independent journalist Garrison Davis noted in a tweet that there were armed protesters on both sides.

At the right wing “Stop the Steal”/“Stop the Count” rally in Oregon’s capital of Salem. pic.twitter.com/FIwFMZFekC

There is a left wing gathering in Pringles Park in Salem OR. There is live indigenous music & speakers. #Election2020 #Oregon #BlackLivesMatter pic.twitter.com/H8Sesoo62X

People from the left-wing rally eventually marched to the Capitol and there were reports of multiple fights, according to journalists at the scene and police

Oregon state police walk through. To note: several people have been shoved, maced, or punched. No unlawful assembly declared. pic.twitter.com/iA1r3qh7e4

The Salem Police Department declared an unlawful assembly shortly after 5 p.m. Over a loudspeaker, police warned people to stay out of the street and traffic was temporarily blocked off.

In Vancouver, the other "Stop the Steal" protest happened at Esther Short Park around 5 p.m. Dozens of Trump supporters marched on I-5 in Vancouver ahead of the planned rally.

The Associated Press reports that supporters of Trump have been protesting at state capitals across the country Saturday, refusing to accept defeat and echoing Trump’s unsubstantiated allegations that the Democrats won the election by fraud.