Portland's Oromo community is drawing attention to thousands of arrests and hundreds killed during human rights protests in Ethiopia. 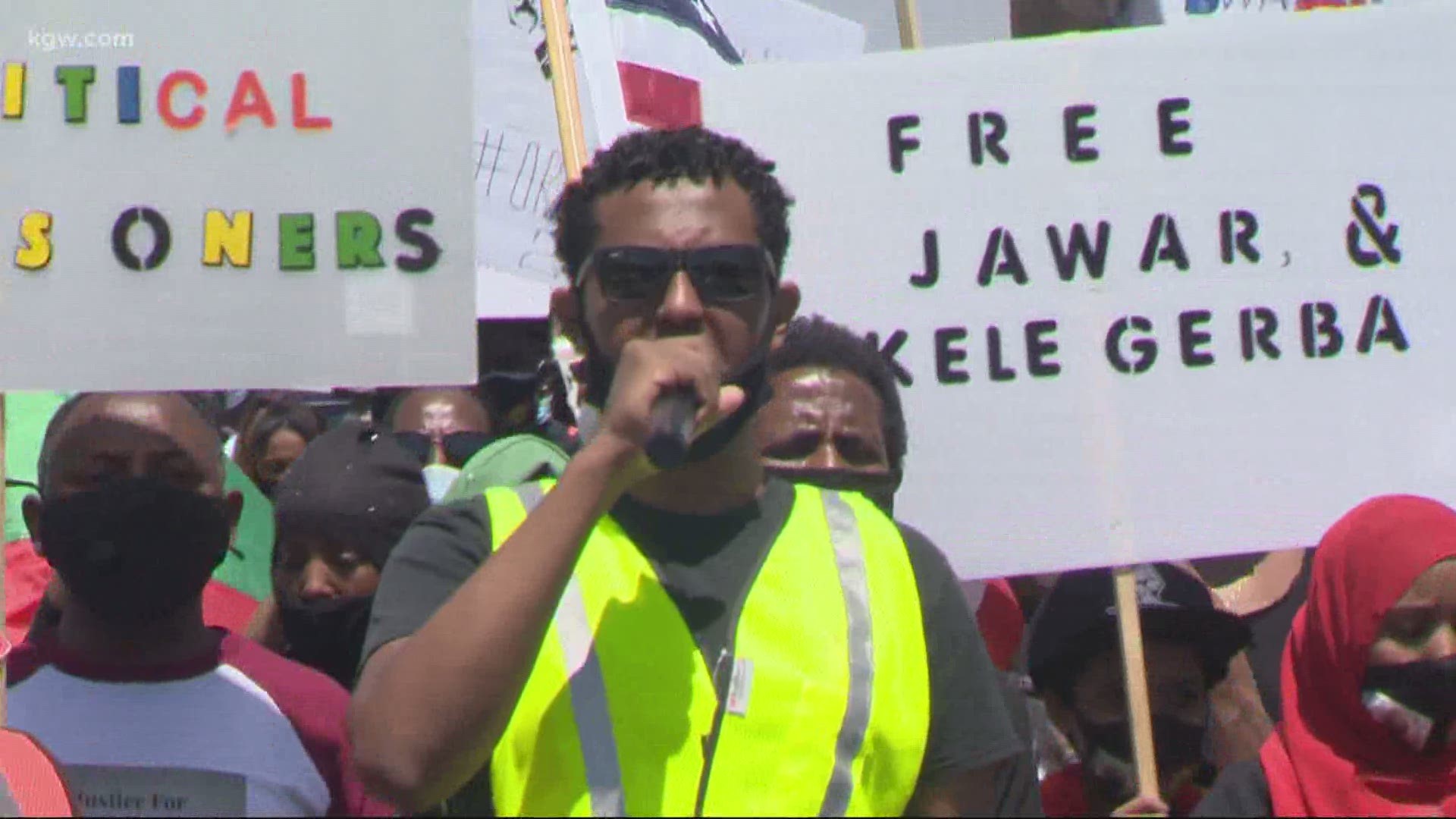 PORTLAND, Ore. — Portland is home to a large Ethiopian community. On Friday, they marched in solidarity with other Ethiopian immigrants all over the US trying to draw attention to what's happening in their homeland; hundreds killed and thousands arrested in a fight over human rights.

Achamila is Oromo, Ethiopia’s largest and most oppressed ethnic group.

“The killings, the arrests, the internet shutdown, telephones shut down, we're just fed up with what's going on,” said Achamila.

At the heart of the unrest is Ethiopian Prime Minister, Abiy Ahmed. Ahmed recently delayed democratic elections and has been operating military posts in the Oromo region.

Late last month, the Oromo people's oppression reached a fever pitch when Oromo musician and activist Hachalu Hundessa was assassinated. More than 200 people have died in clashes since then. The Oromo accuse Ahmed of targeting Hundessa, who had spoken out against the prime minister just days before his death.

“This is just a systemic operation,” said Achamila. “What we understand right now is there is a civil war going on in Ethiopia.”

This is the second time Portland's Oromo community has taken to the streets in as many weeks. They plan to continue protesting until everyone understands their plight.

“We want them to listen to us,” said Achamila. “We are taxpayers in Oregon, most of us are healthcare workers, we're people who contribute to the community.”

The Oromo community is asking Oregon lawmakers to pull all support of Ethiopia during this time of unrest. An Oromo community member received an e-mail response from Senator Jeff Merkley's office.

It said someone from his Foreign Affairs Policy team would be happy to meet virtually with them, next week. A member of Merkley's communications staff confirmed his office has been in touch with Oromo demonstrators.

Achamila said they welcome all support as they fight for their loved ones thousands of miles away.

“Join us in our peaceful protests, tweet, e-mail the senators and representatives, reach out,” said Achamila. “Please. We're bleeding.”