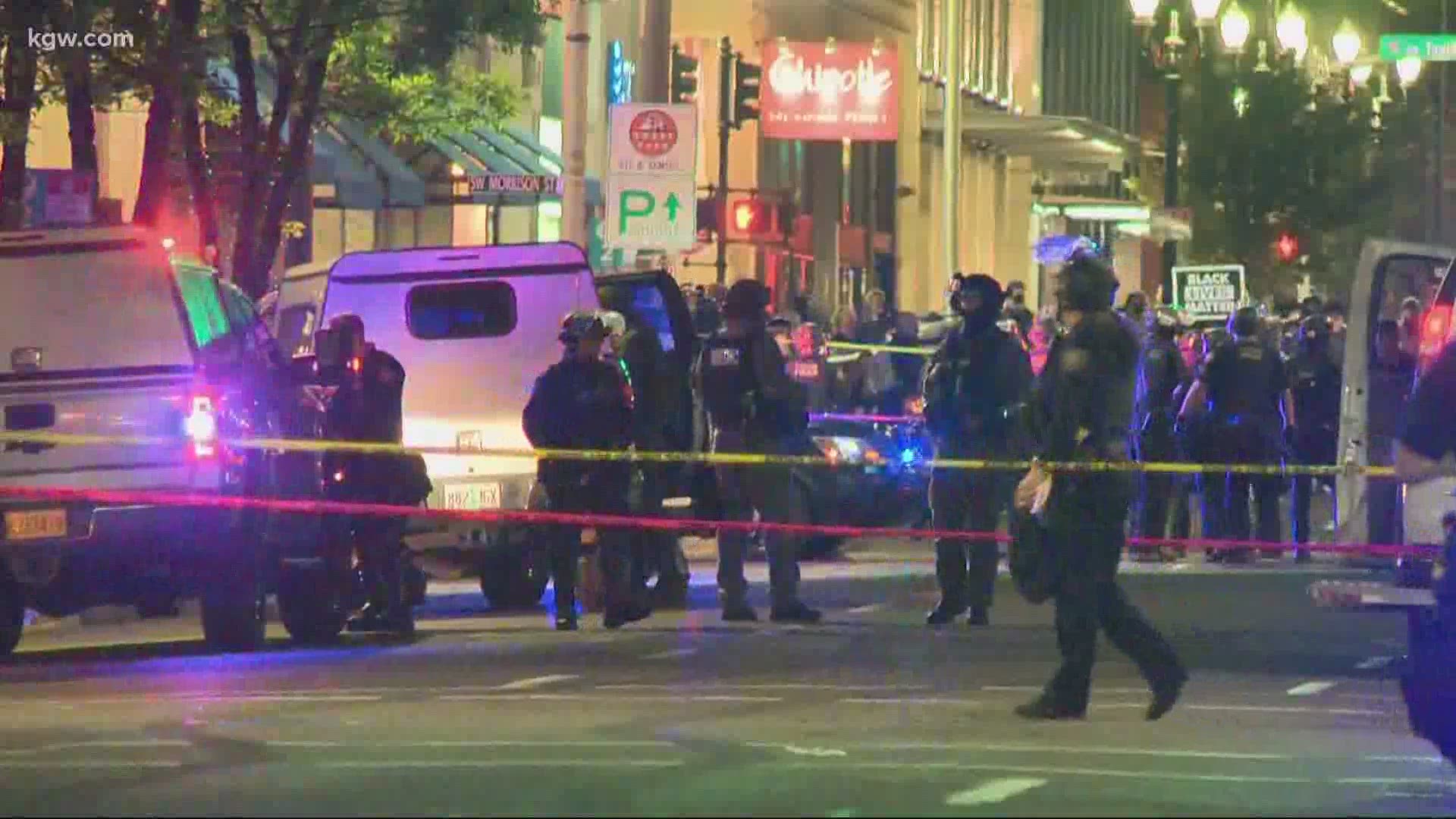 The group initially gathered in the parking lot for Clackamas Town Center, and made their way across town to the Morrison Bridge around 4 p.m., where tensions rose between them and counter-protesters, many of whom carried Black Lives Matter messages.

Portland police officers in SWAT gear bull-rushed a group that was fighting on the bridge, but it's unknown if any arrests were made in that incident.

The caravan of pro-Trump supporters eventually made its way to downtown Portland, and according to various social media reports, drivers clashed with counter-protesters throughout the city.

At around 9:20 p.m. Portland Police Bureau confirmed it was investigating a shooting a homicide at SW 3rd and Adler.

New York Times reporter Mike Baker reports the pro-Trump group used pepper spray and paintballs on counter-protesters downtown. It's unknown if any injuries have been reported.

Clashes. Trump people unload paintballs and pepper spray. They shot me too. pic.twitter.com/PwU5pZMLnV

Reporter Cory Elia shot video that shows a truck with a Trump, Blue Lives Matter and American flag pushing through a crowd of counter-protesters.

One rally member turns to avoid counter-protesters but another drives right through them hitting several people. pic.twitter.com/i3aLRQg9tJ

Several physical fights have been reported as well.

Earlier in the evening, many Portland police officers guided traffic in portions of SE Portland, in hopes of keeping counter-protesters and the pro-Trump group away from each other.

The caravan is driving into Portland. A lot of people riding in the back of pickup trucks. Police are focused on keeping protesters off the roadway so the caravan can continue. pic.twitter.com/A3CiSa52Y4

According to Portland Tribune reporter Zane Sparling, counter-protesters with Black Lives Matter flags met the pro-Trump crowd at the mall parking lot earlier in the day, and the two groups got into some scuffles and arguments.

Sergio Olmos, reporter with Oregon Public Broadcasting, spoke with a man at the rally who said that the event is meant to be parade-style to show support for President Trump as it drives from the Town Center to downtown Portland.