Trump supporters clash with BLM protesters in Salem after caravan

The rally started in Oregon City and moved south to Salem. 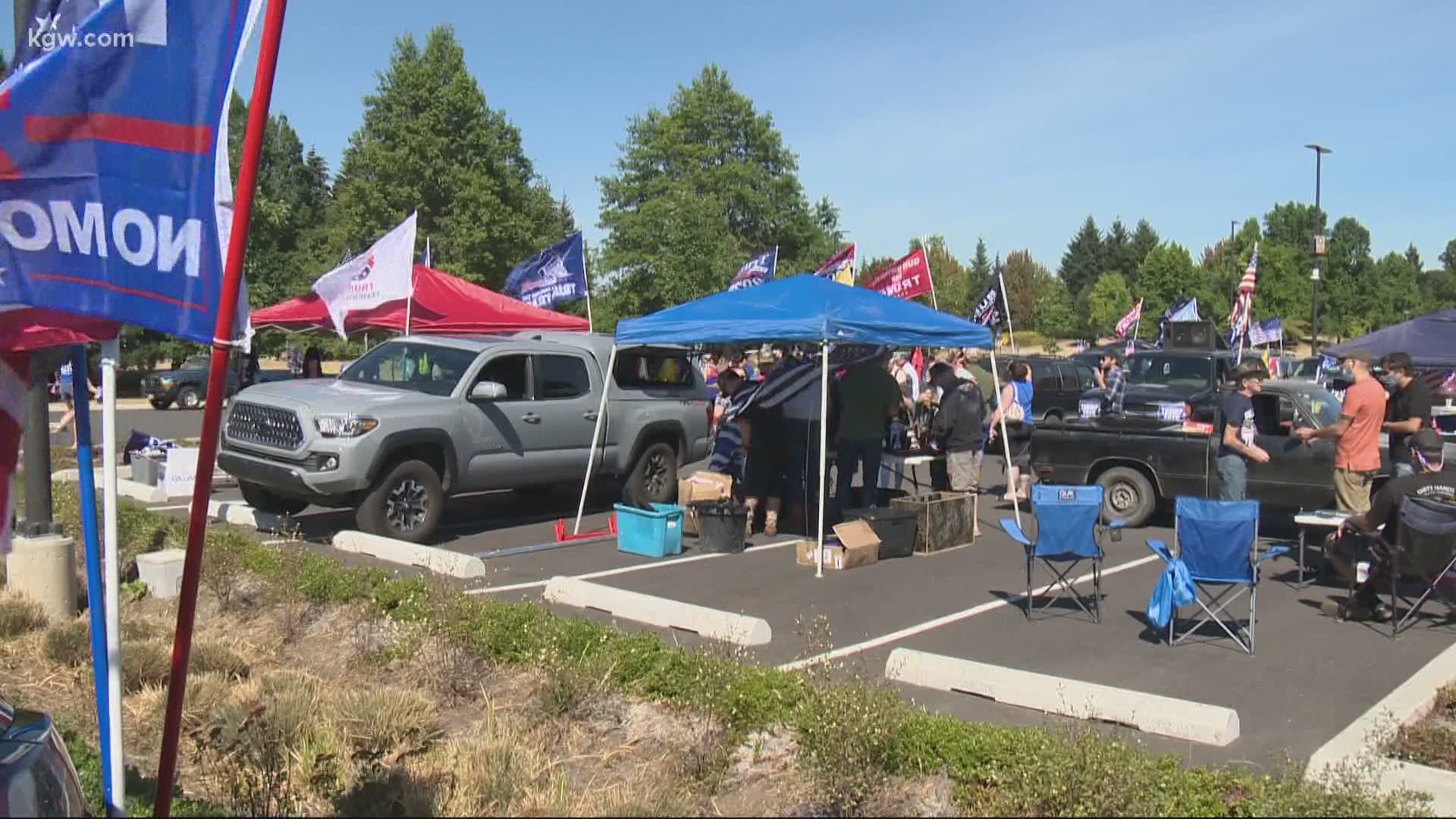 The right-wing crowd rushed a smaller group of Black Lives Matters counter-demonstrators Monday afternoon, firing paint-gun pellets at them. There were skirmishes, and the Black Lives Matter group dispersed shortly after local police arrived on the scene.

Earlier in the day, hundreds of people gathered in Oregon City for the "Oregon for Trump Labor Day Cruise Rally."

They gathered at Clackamas Community College and headed south. Vehicles in the caravan were waving flags for Trump, the QAnon conspiracy theory and in support of police.

Watch: 'Oregon for Trump' caravan from Oregon City to Salem

On Aug. 29, a pro-Trump car rally drove into downtown Portland and several violent clashes between Trump supporters and counter protesters were caught on video.

After the rally, a man shot and killed a supporter of far-right group Patriot Prayer in downtown Portland. The suspect, Michael Reinoehl, was shot and killed by police as they tried to take him into custody in Washington on Sept. 3.