As many as 400 people gathered in a park Sunday next to Sheridan Federal Prison for a protest and a prayer service. 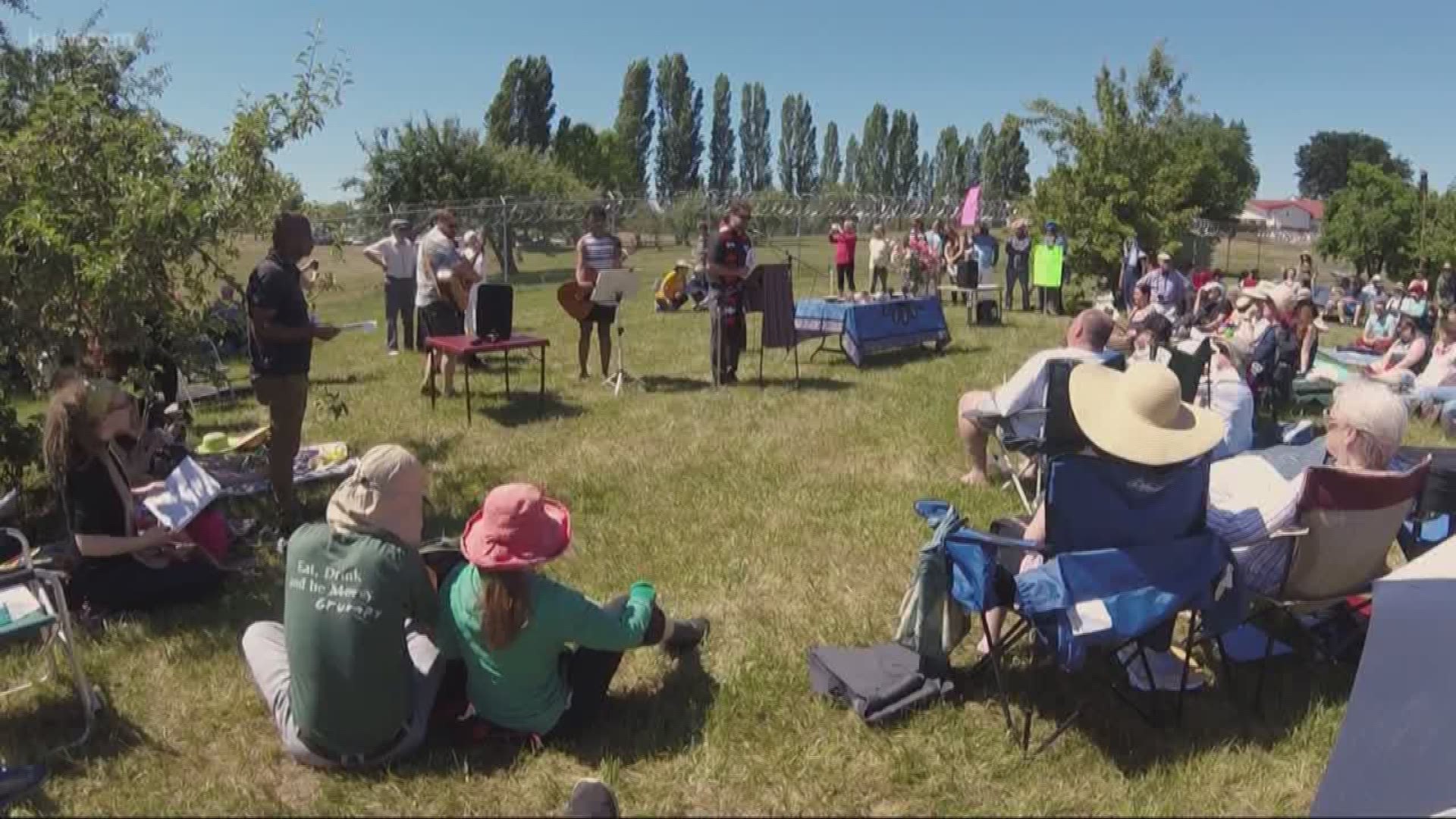 SHERIDAN, Ore. — As many as 400 people gathered in a park Sunday next to the fence at the Sheridan Federal Prison.

The gathering was both a protest and a prayer service.

Many in the crowd waved to men inside the white buildings with red roofs on the far side of the fence.

The men on the other side waved back and a couple hung small flags out the window.

But it’s unclear if the men who are the focus of this protest were reached or not.

At issue: 123 men who legal advocates say were picked up at the border when they asked for asylum.

The advocates say the government is refusing to let clergy or lawyers meet with the men.

Sunday’s action was just the latest in a week which included lawsuits to force the government to relent.

Sunday, the tool was prayer.

“Prayer pressure is primary reality for me. And its what makes me feel this is worth doing,” said retired Episcopal priest Christopher Laing as he waited for the service to begin.

Ministers from several denominations, both Christian and non-Christian, gathered with their members.

For many, it was an obvious choice.

“The best place we could have church is where people are suffering, where people are facing oppression," said Rev. Elizabeth Durant of the First Congregational Church located in downtown Portland. "And there are 123 men in this prison behind me that are not prisoners, they are people seeking asylum."

The Portland-area leader of the Methodist church felt an extra responsibility to attend, to let the world know the U.S. Attorney General is wrong.

“Because Jeff Sessions is a United Methodist, it was important for us to make a statement against his actions, which are contrary to Methodist teaching,” said Erin Martin.

Several people waved their arms and held signs out for those on the other side of the fence and razor wire.

It’s all part of the effort to use publicity and prayer to help government leaders change.

Organizers say they will not let up until the men being held at Sheridan are allowed to see clergy and lawyers.

Requests for comments from officials at the prison were not returned.