WILSONVILLE, Ore. — An unknown powdery white substance was found inside an envelope in the mail room at Coffee Creek Correctional Facility in Wilsonville on Wednesday morning.

Around 9 a.m., employees in the mail room opened an envelope and an unknown powdery white substance came out of it.

The Hazmat unit for Tualatin Valley Fire and Rescue responded, and the four workers were decontaminated and taken to the hospital as a precaution. Two of the four workers displayed "very minor symptoms," according to fire officials.

The ventilation system has been shut down, and officials say there's no threat to the public, staff or inmates at this time.

The first tests on the substance were inconclusive. It has been sent out for more testing.

At 7 p.m. on Wednesday, a spokesperson said the initial testing of the white powder came back inconclusive and it has been sent out for additional testing. There will be no visitation allowed at the minimum of medius facilities on Thursday. 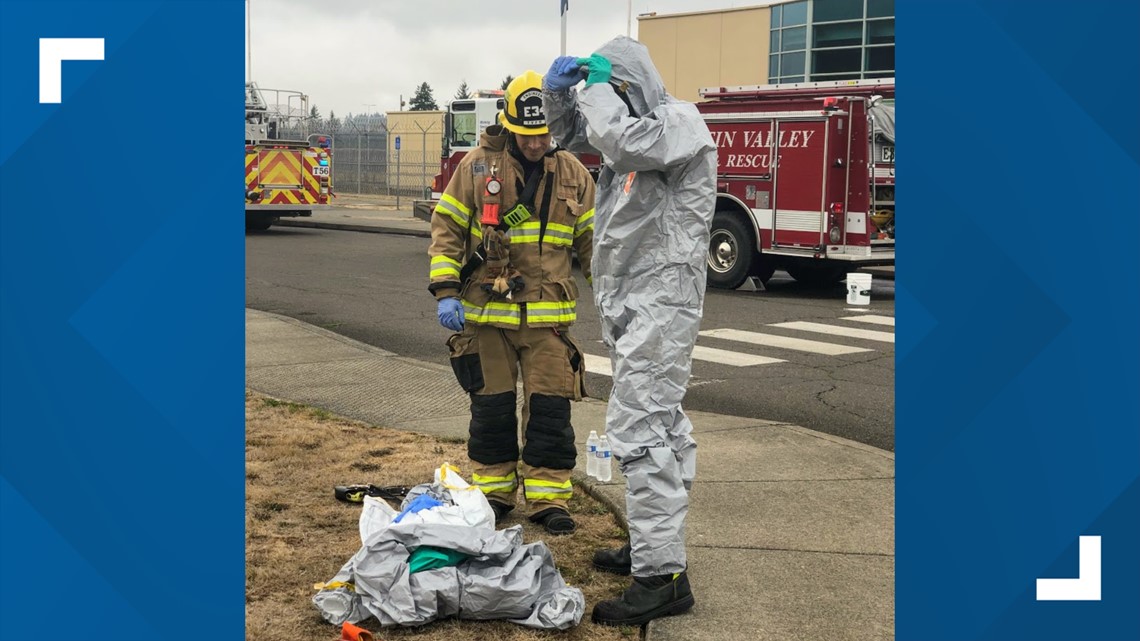