Rather than discard hundreds of sandwiches and salads, the Moda Center donated them to Urban Gleaners, which will get them to families in need. 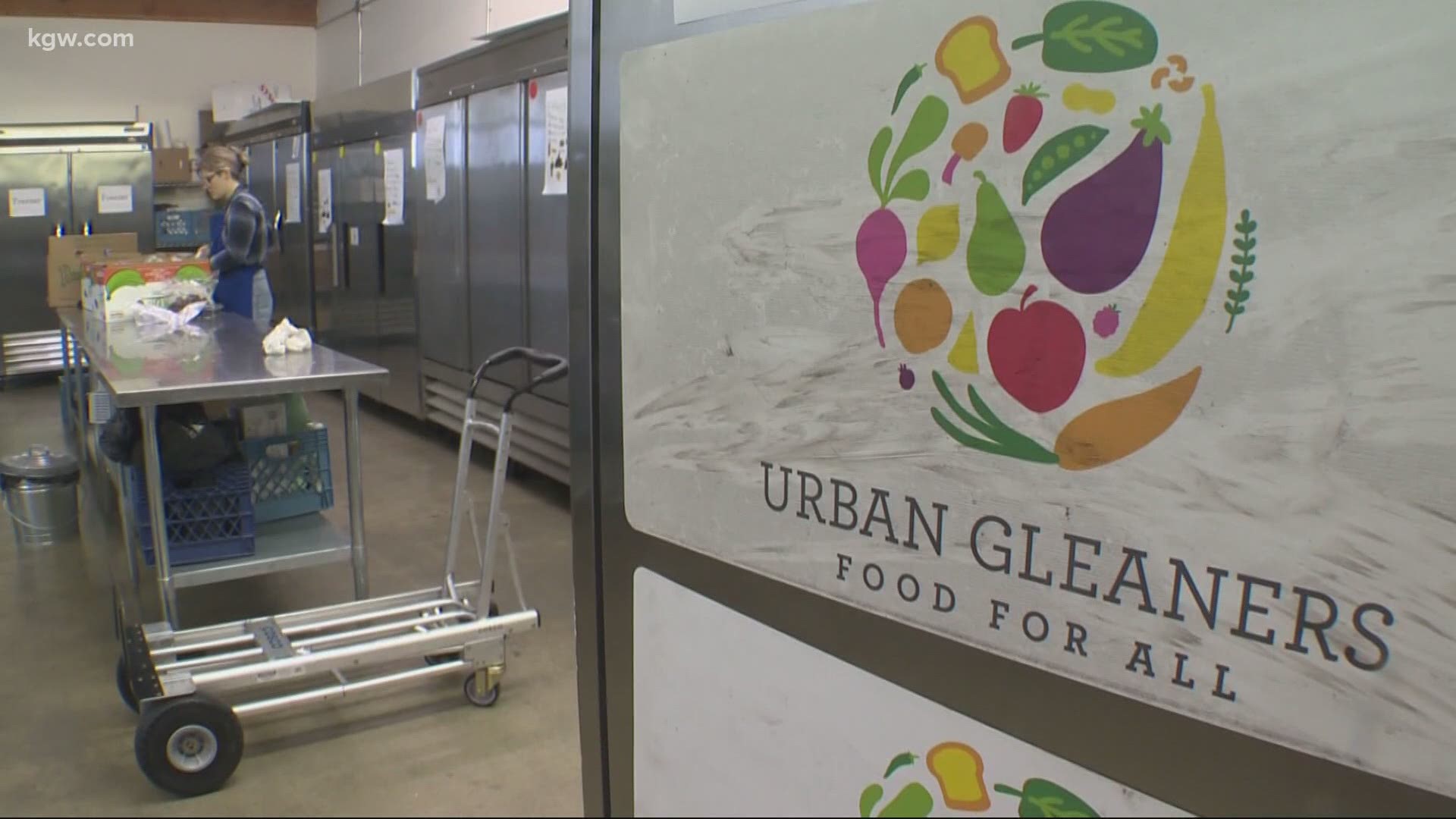 PORTLAND, Ore. — We use the term “silver lining" a lot these days. Probably because there have been so many bad things happening from which silver linings can emerge.

On Thursday, Clare Stager smiled after a silver lining shone her way, following news of two postponed Blazers games. Stager is the program director for Urban Gleaners, a nonprofit that collects leftover food from restaurants and grocers, then provides it to families in need across the Portland metro area.

The Moda Center offered Urban Gleaners a donation of hundreds of sandwiches and salads from Levy Restaurants originally meant for staff and media. Stager gladly accepted.

“It felt really good, our staff was really happy,” said Stager. “They actually came to drop it off which is angel-like of them to do since our staff's resources are limited."

“Naturally the last year we haven't received any of those sorts of phone calls,” she said.

The food donated by the Moda Center will be divided among food boxes that Urban Gleaners will deliver to local schools where families can pick them up. In 2019 the nonprofit moved over 1.2 million pounds of food. Nationally, Stager said the average worth of donated food is around $3 a pound. She said the food Urban Gleaners collects, is worth around $10 a pound.

Lately, Stager said a lot of the best food they've received has come from restaurants that have had to close because of the pandemic.

“It's been a really emotional year for us and all of our friends on the other side that are donating food,” said Stager. “A lot of last-minute phone calls from people saying, ‘You know we just can't keep our doors open one more day,’ and that's really, really hard.”

It's why Stager never takes these silver linings for granted, knowing the hardship and sacrifice that made them shine. She and her team will simply keep trying to help others who are going through their own dark times.

“It feels pretty good,” she said.

Besides corporate donations, Urban Gleaners also accepts unopened, packaged food donations from the public. They accept donations outside their warehouse at 15 SE 6th Ave. Receiving hours are 9 a.m. to 3 p.m. Monday - Friday and 11 a.m. to 3 p.m. on Saturday.