The city's Tribal Relations Director envisions a community center where the urban Native population can work and gather. 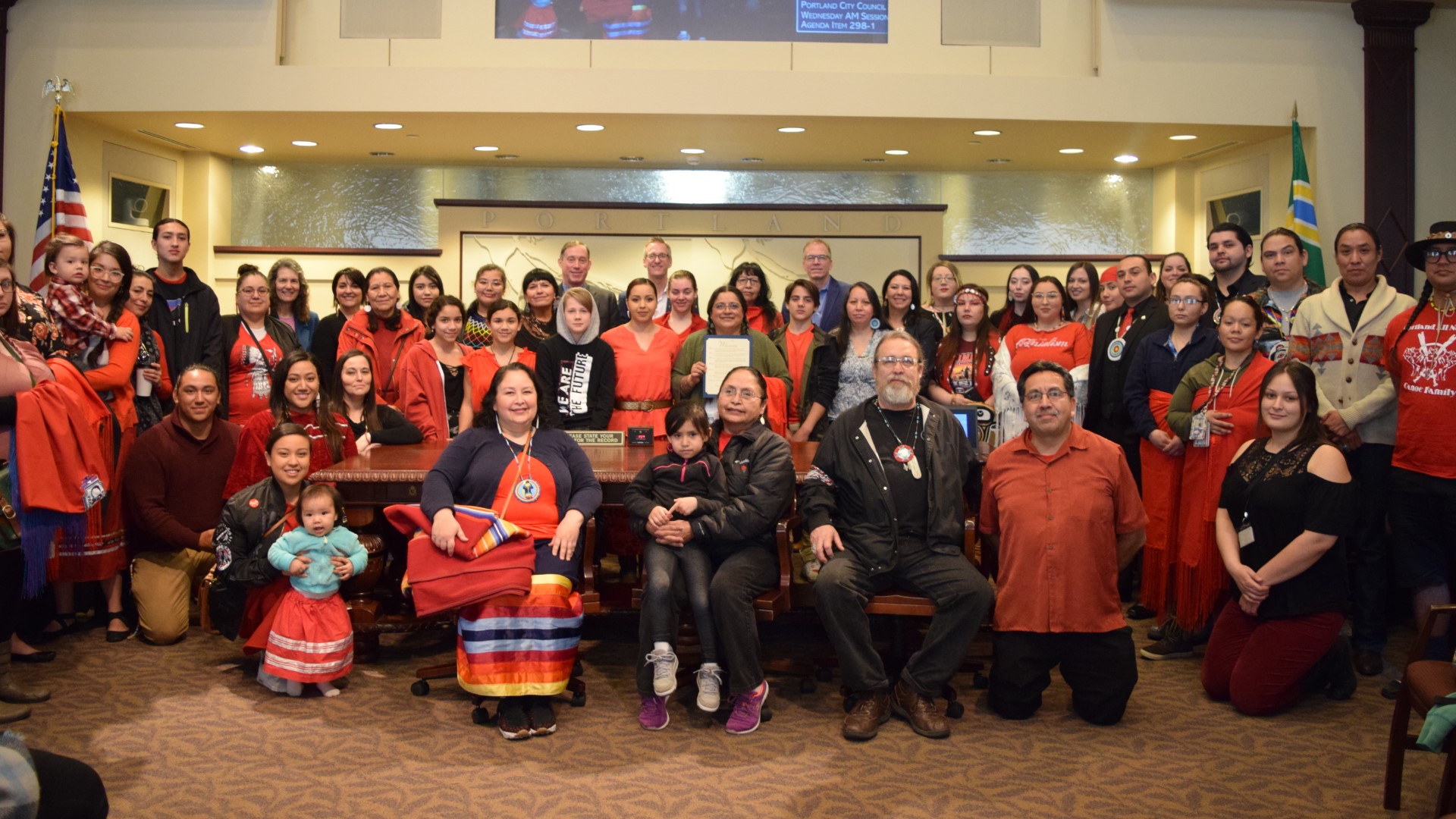 PORTLAND, Ore. — Here at KGW, we’re committed to having community conversations, learning about our neighbors, and hearing stories about their lived experiences. Today, we’re focusing on Portland’s Native American community.

You may not realize there are more than 300 federally recognized tribes represented in the Rose City's Native population. Even so, living here — away from indigenous culture and community — can be isolating.

The city’s Director of Tribal Relations, Laura John,  is trying to bridge that gap and she has deep roots here. "I am Blackfeet and Seneca. I grew up here in Portland," she said.

John advises local leaders how to do a better job meeting the needs of both tribal governments and the urban Native community. "Currently, the city has over 380 federally recognized tribes represented in our community."

So, how did the Portland-area become a magnet for Native people? Federal policies brought them here from all over the country. John said Native children, including her grandfather, were sent to Chemawa Indian School, a government-run boarding school in the Willamette Valley.

"My grandfather was sent there from Northern Montana when he was a young boy," John said. "Many families decided to come back here because they went to school here. My grandpa was an example of that."

Native people also had roots in Vanport, a community that sprung up in North Portland. Many came to work in the shipyards during World War II.

"When Vanport was created there was work and there wasn't a lot of work on the reservations," John said. "So, a lot of families came here and lived in Vanport. You don't hear that very often."

Vanport, wedged between the Columbia River and the Columbia Slough, famously flooded in 1948, dispersing the tight knit native community and many others. Once 70,000 strong, the number of native residents in Portland today has dropped into the 40,000 range.

Credit: Oregon Historical Society
The city of Vanport flooded in 1948.

"As housing prices have gone up people have been scattered all over the city, so we're no longer concentrated," John said. "I think for Native people who are new to Portland — who come here to work or go to school — it's hard to plug in."

To address that need, John said she's working to revive the idea of a Native community center where people could gather and work, making Portland a "destination location" for tribes all over the region.

"I'd like to see that happen where we're bringing the community together, we're providing space where Native people can come to the city, be in the city and feel welcomed, feel visible, feel valued, and also have opportunity for prosperity," John said.

John said she envisions a tribal complex along the water. That's significant because the confluence of the Willamette and Columbia Rivers was once a thriving "superhighway" for native trade and travel.

The Portland City Council has talked about building a Native community center for decades but the idea never got off the ground.

John plans to give it a little push.

We'll let you know how it goes.