For some minorities, the current protests are a painful reminder of past racism and the racism that still exists today. 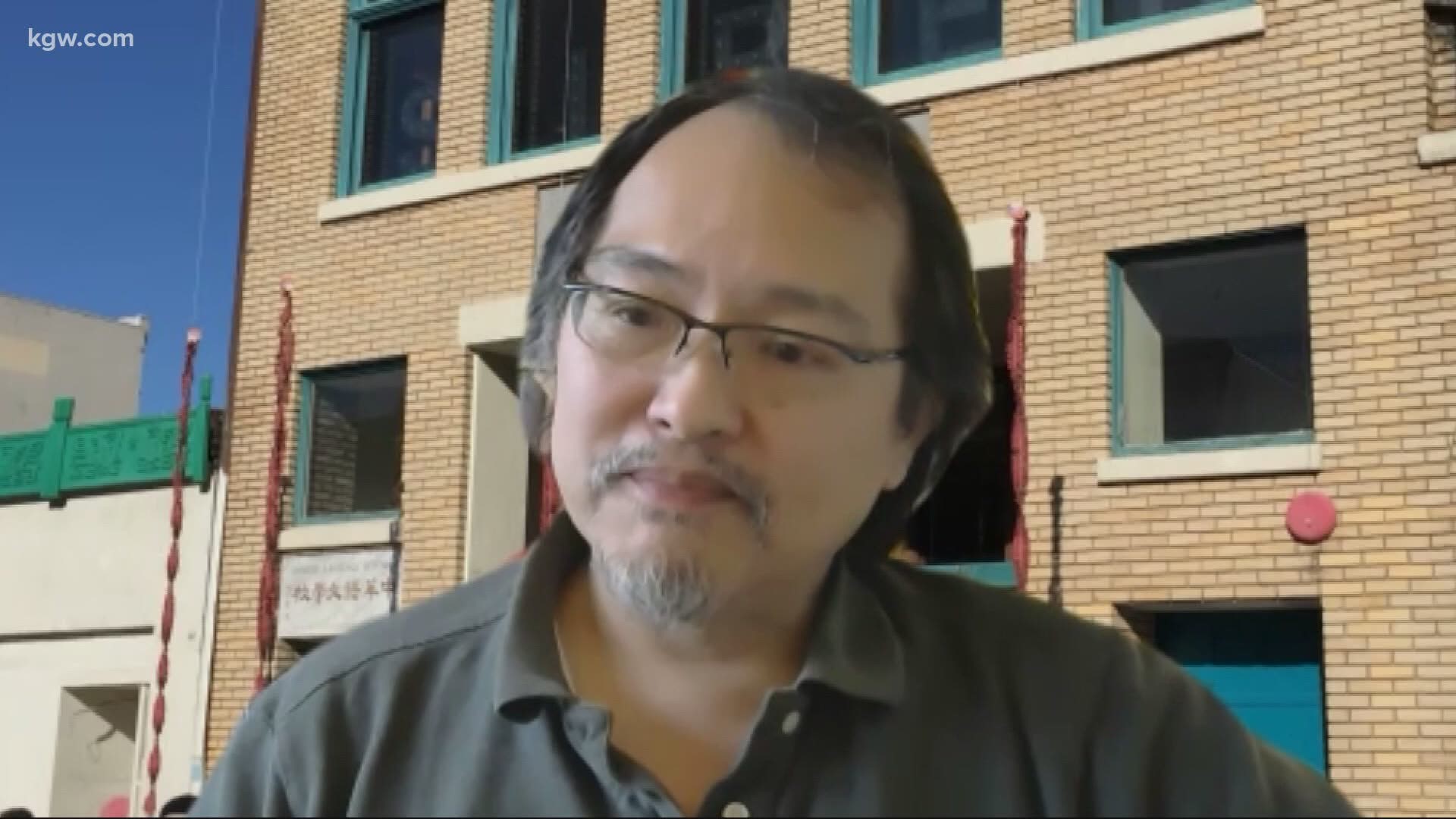 PORTLAND, Ore. — Minority groups across the country are using their voices to support the Black community and the Black Lives Matter movement. Voices across the United States and around the world are demanding change.

Historic protests are happening all over, calling for an end to systemic racism. For people of color, whether they're Black or another ethnicity, it's a painful reminder of past racism and the racism that still exists today.

Leaders, like Lee, in Portland's Chinese community are being vocal about their perspective.

Lee said Chinese people have also experienced racism. In the 1800's they were accused of taking jobs when they labored to build the transcontinental railroad, which they were hired to do by white industrialists.

Today, because of the pandemic and where COVID-19 was first identified, racism has taken a different form.

Today's calls for change remind Lee and other Asian Americans of Vincent Chin, a Chinese man in Detroit who was bludgeoned to death in 1982 by two laid-off autoworkers because they mistakenly thought he was Japanese.

“The two perpetrators basically got away with murder, only three years probation, $3000, no jail time,” Lee said.

At the time in the U.S., it was common to blame the Japanese for lost auto jobs because of the influx of Japanese-made cars. “A huge civil rights protest came up,” Lee said. “The Reverend Jesse Jackson came over to support us, then everyone else did.”

Now, Lee said it's time to stand behind the Black community. “In this current situation, we need to support them. We have to be focused on their plight right now. We've been there and they supported us,” Lee said.

The Oregon Chinese Coalition also issued a statement condemning systemic racism and saying in part, "Everyone should have the right to live, to be free, and to feel safe. Violent acts rooted in discrimination trample on these rights and violate the fundamental principle of human equality".

A vigil is planned for Vincent Chin in Portland’s Chinatown at 3 p.m. on Tuesday, June 23. The event will be held in front of the CCBA building at 315 NW Davis Street. It’s also being held in support of the Black community. A number of speakers are expected, including Oregon State Senator Lew Frederick, a representative from Portland Mayor Ted Wheeler’s office, as well as a Multnomah County official.

RELATED: Students in the Tigard- Tualatin school district join the call for change

WATCH: State Senator Lew Frederick on life as a Black man in Oregon