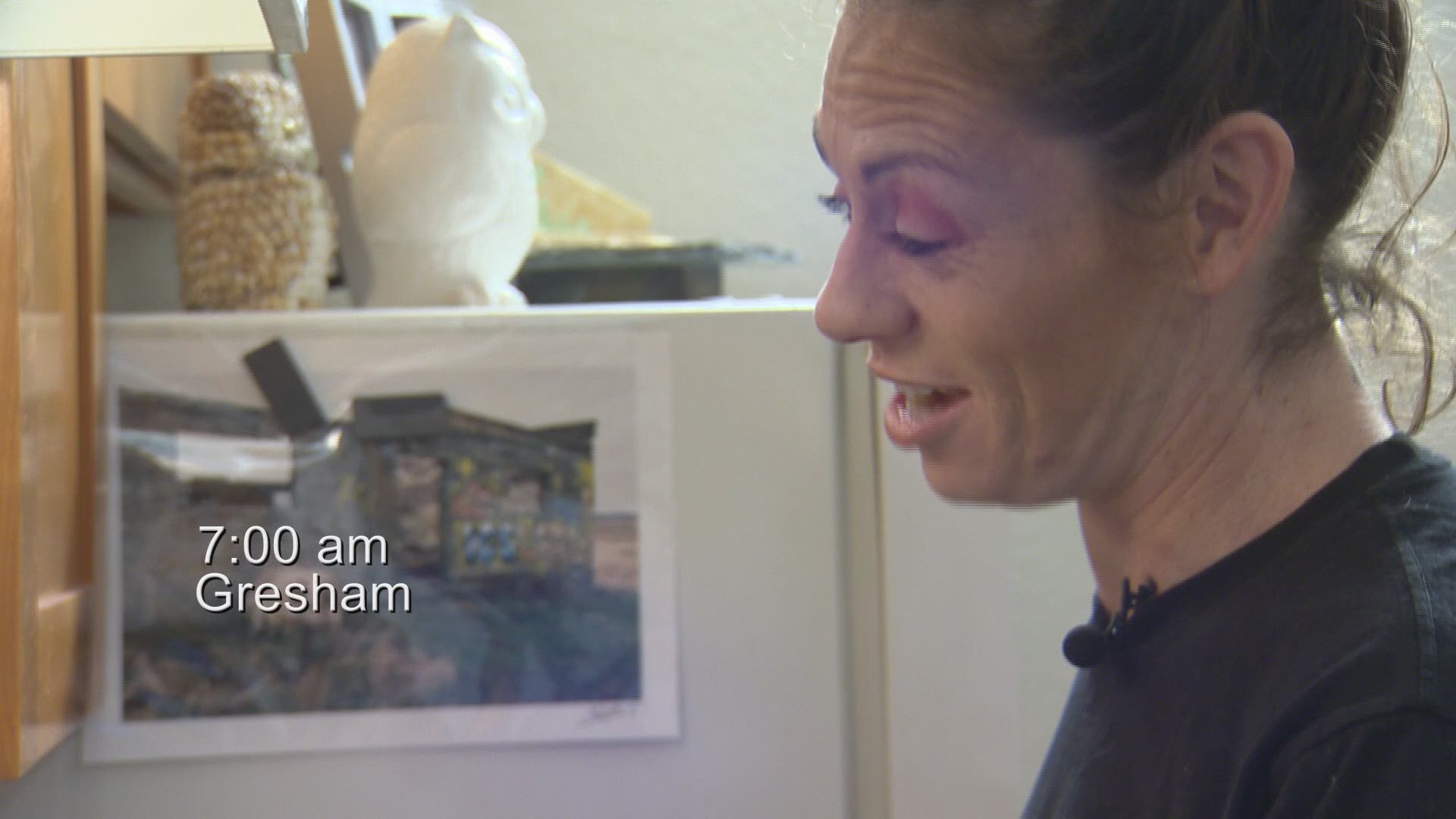 She's thinking about it heavily as she makes the drive from dropping her son off at his Gresham middle school to her job in downtown Portland.

But ultimately, this car time alone is the only moment of quiet she has and Lyndsi will tell you she has to make sure to leave all those emotions at the door. When she walks into work, she wants her head to be in the right place.

Since August, KGW has been following her through a restaurant job-training non-profit, called Stone Soup.

It's a downtown lunch counter and catering service on Northwest Broadway at Everett Street serving sandwiches, salad, soup and happy hour cocktails. Lyndsi works there from 9 a.m. to 3 p.m. Monday through Friday.

Stone Soup is giving people real job skills who are at-risk of, or just transitioning out, of homelessness in Portland.

Lyndsi Henry is part of the first, small, cohort of participants working through a 12-week program to learn all aspects of the industry. At the end, the goal of the non-profit is to get their trainees the experience to get hired in some capacity at a Portland restaurant.

So far, she's honed the skills she already had in past years of hostessing, serving and bartending, and in the past 10 weeks has learned new ones in the kitchen.

There are so many restaurants in Portland, and nowhere near enough people to work in them. Those with experience in the industry, can almost have the pick of the jobs because they're so in-demand.

Restaurants are supporting the Stone Soup cause wholeheartedly, even donating dining chairs to the nonprofit with plaques on the back showing where they came from. Every seat you sit on in Stone Soup looks and feels different, because each one came from a different Portland eatery.

Lyndsi Henry is a mother of three. She went to school, earning an associate's degree as a certified medical assistant, meanwhile racking up $65,000 in student loans. But after prescribed pain pills, turned into an addiction that led to heroin, life got really hard.

Eventual felony convictions on her record for theft, burglary and drug charges, meant she had an expensive degree in a field no one would hire her. The restaurant industry though, was forgiving. She says employers often never asked about a criminal record. Over the decades, she's worked as a hostess, server and bartender all over Portland.

Through her treatment and housing assistance programs, she learned about Stone Soup. She agreed she would be a good candidate and launched into it with open eyes and heart. She wants to have something with a goal to move towards.

If all goes well, Lyndsi will graduate at the end of December, then get help with an externship in a real restaurant or bar, and apply for a job. KGW be following her through the rest of the journey.

Then, a new group of people will be chosen and the 12 weeks will start over for them.

RELATED: Here's who's hiring hundreds of Portland workers this fall