Ecologists believe half a billion animals are affected and estimate millions of them have died in Australian bush fires. 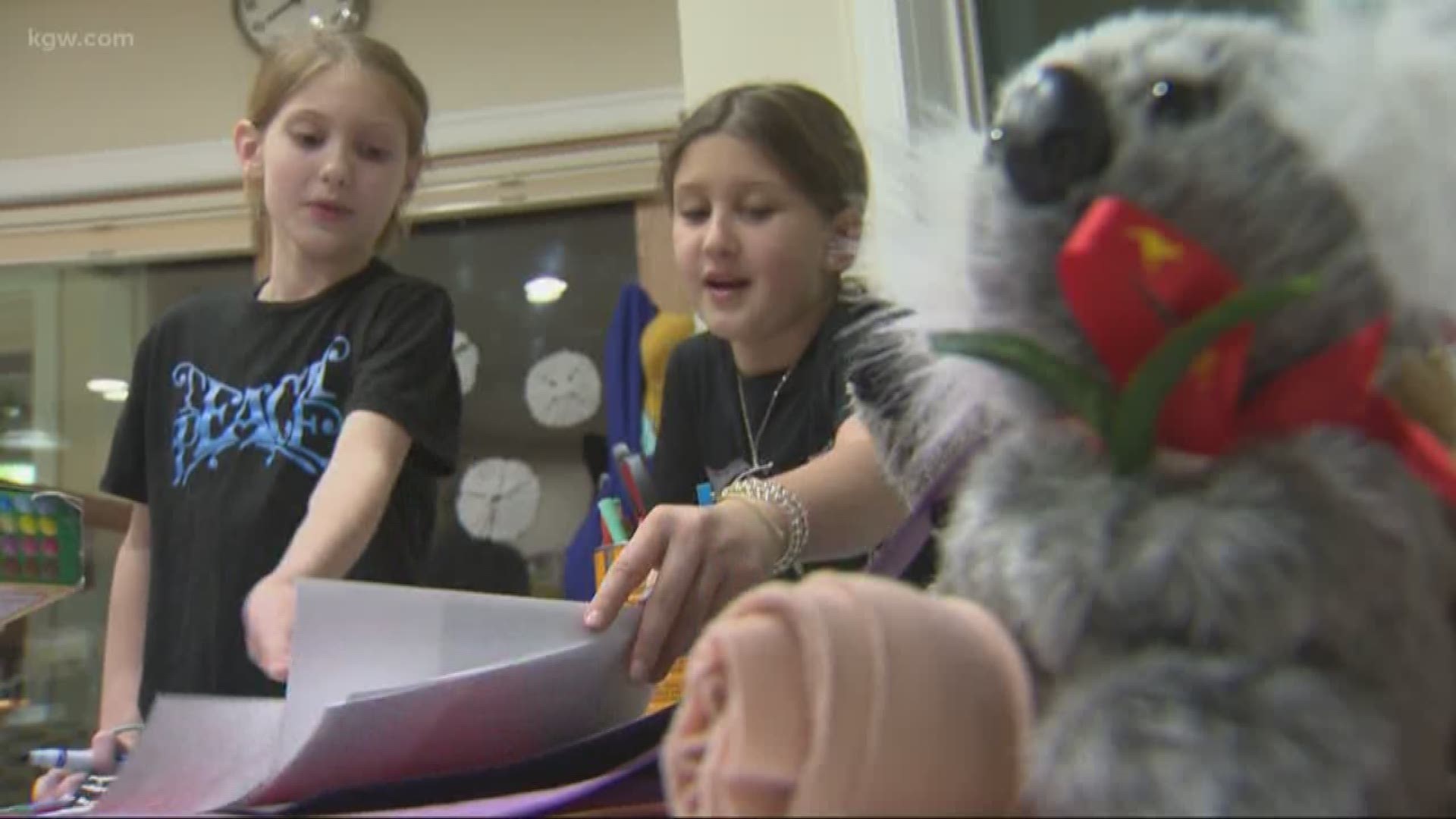 PORTLAND, Ore. — In Australia, catastrophic bush fires have destroyed nearly 18 million acres and killed at least 24 people. Ecologists believe half a billion animals are affected and estimate millions of them have died. Numbers like that are discouraging but they're also inspiring a lot of people to help.

“It's completely tragic," said Portland artist Arrowyn Lauer, whose husband is from Australia. Lauer created an image of a Koala and her cub resting in a eucalyptus tree, printed on wood veneer. She’s selling them for $20 to raise money for WIRES, a nonprofit that is helping rescue animals from the bush fires.

“I was feeling very paralyzed and overwhelmed by it all,” said Lauer. “I feel like there's something that everyone loves that they can use somehow to make the world a better place.”

A group of southwest Portland elementary school girls couldn't agree more. Charlotte Burslem, 9, and her sister Catie, 6, wanted to do something to help the koalas.

“First we started donating all our allowance money, my sister and me,” said Catie. “When I heard this was happening I wanted to take action and not just feel sad about it,” added Charlotte.

Their friend Maggie Newsome, 9, joined in and together, they're making posters to inspire classmates at Hayhurst to donate some of their allowance as well. So far, they've raised $200 for RSPCA Australia.

“They'll try to stop the fires and the koalas will go to the safe place,” said Maggie.

Lauer hopes one day that safe place will be back in animals' own habitat.

“Koalas living in nature where they should be,” said Lauer. “Happy.”

RELATED: VERIFY: How to make sure your Australia relief donation goes to a verified cause