Portland woman's company keeping food containers out of the trash 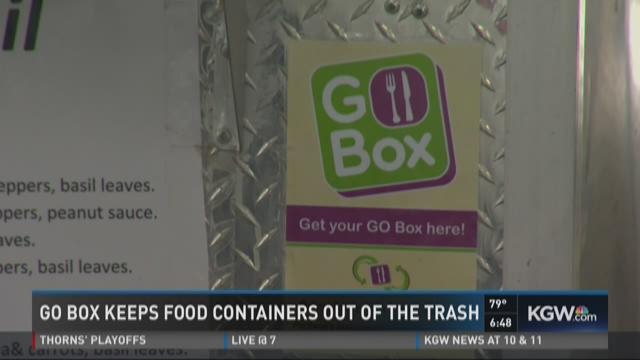 PORTLAND, Ore. -- There's no question we love our food carts in Portland.

What many of us don't like is all the waste, in the form of food containers, that comes with those food carts. But a Portland woman has found a way to get the food without the waste.

Her name is Laura Weiss, and this week she is celebrating the fifth anniversary of her company, GO Box.

GO Box is a service that you can sign up for that allows you to get reusable to-go containers at participating food carts and restaurants.

Weiss says in the last five years, the company has kept 100,000 disposable food containers out of the trash.

"Every time someone uses a GO Box, that's a disposable that we've avoided," said Weiss. "Our mission was to do away with throw away."

Chris Payne has a stack of the reusable containers inside his Kingsland Kitchen food cart.

He says more than half his customers use them.

"We try and encourage as many customers as possible to be involved," said Payne.

Here's how the service works:

"It's just good all around for the environment... it really is fantastic," said Payne.

Weiss says 2,500 people have signed up so far. Her goal is to double the number of GO Boxes being used in the next two years.