PORTLAND, Ore. -- A Portland woman is about to launch a finance book for millennials, using cats to help explain the concepts.

Lillian Karabaic said it helps with the high anxiety that money can bring.

Karabaic admits to being a bit of a nerd, someone focused on order and finance even in her younger years.

“As a child I used to line up all of my stuffed animals and conduct an annual census and assign them all salaries,” she said, laughing.

“I still have all these hand-written logs, every year for 8 years I would have a census of my stuffed animals.”

Recently, Karabaic launched a kick starter campaign to raise money for her book project. She hoped to get $7,500. Instead investors kicked in $15,000.

She’s seen the need in her own circle of friends.

“I just feel like a lot of my friends are so terrified and so scared of dealing with money that they wont, that they kind of mentally shut down,” said Karabaic. 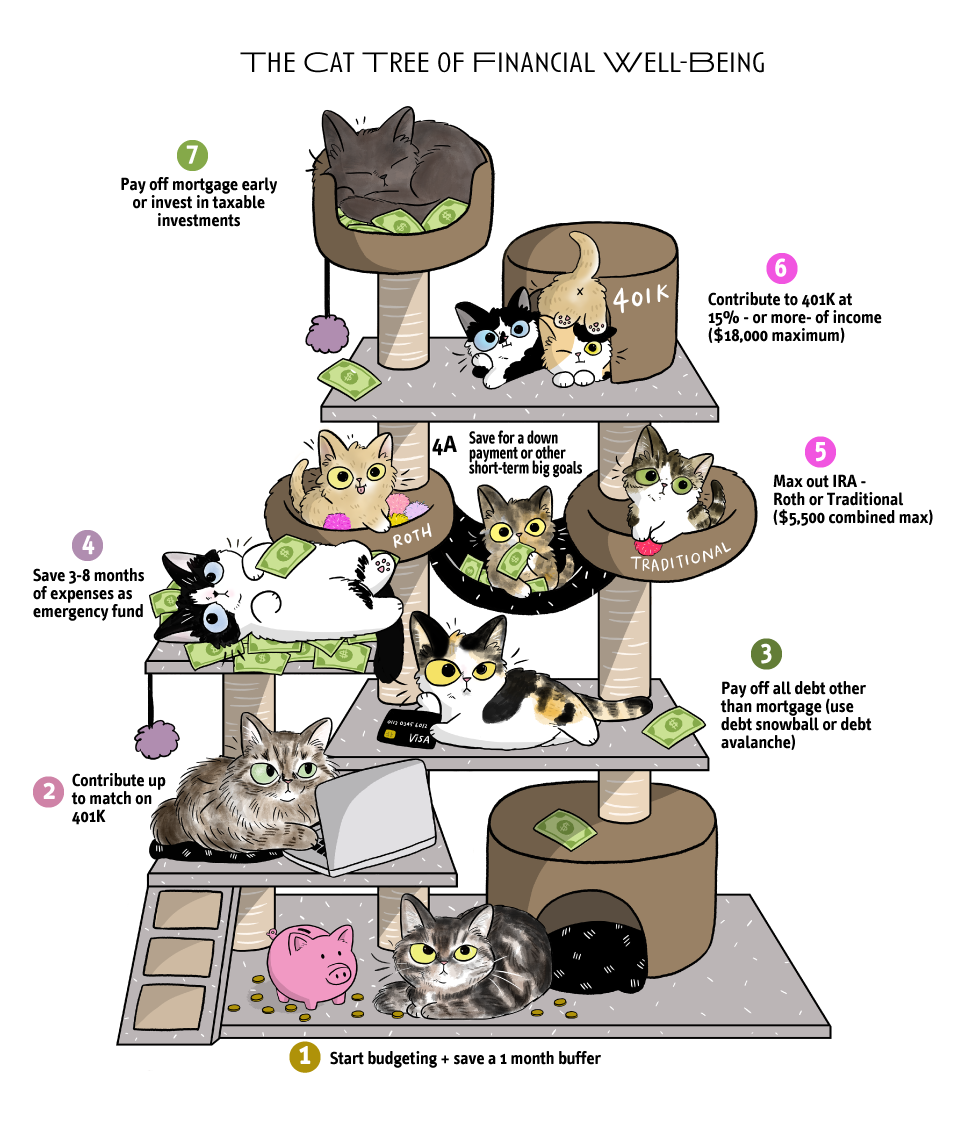 A report by the Global Financial Literacy Excellence Center at the George Washington University found only 24 percent of millennials had basic financial knowledge.

Karabaic said many people let emotions get in the way.

“I think a lot of people have a negative association with the word budget for no reason. But they associate it with only eating rice and beans, actually being cut off from something,” she said.

Instead, she tries to make the concept fun and freeing.

Her book, titled Get Your Money Together, is due out May 17. In the mean time you can learn more about author Lillian Karabaic at her website.

Credit: KGW
Get Your Money Together book