'I think it's sad what's happening': Woman and son nearly shot while driving in SE Portland

Two bullets hit the woman's car as well as a Portland Parks & Recreation truck. No one was hurt. 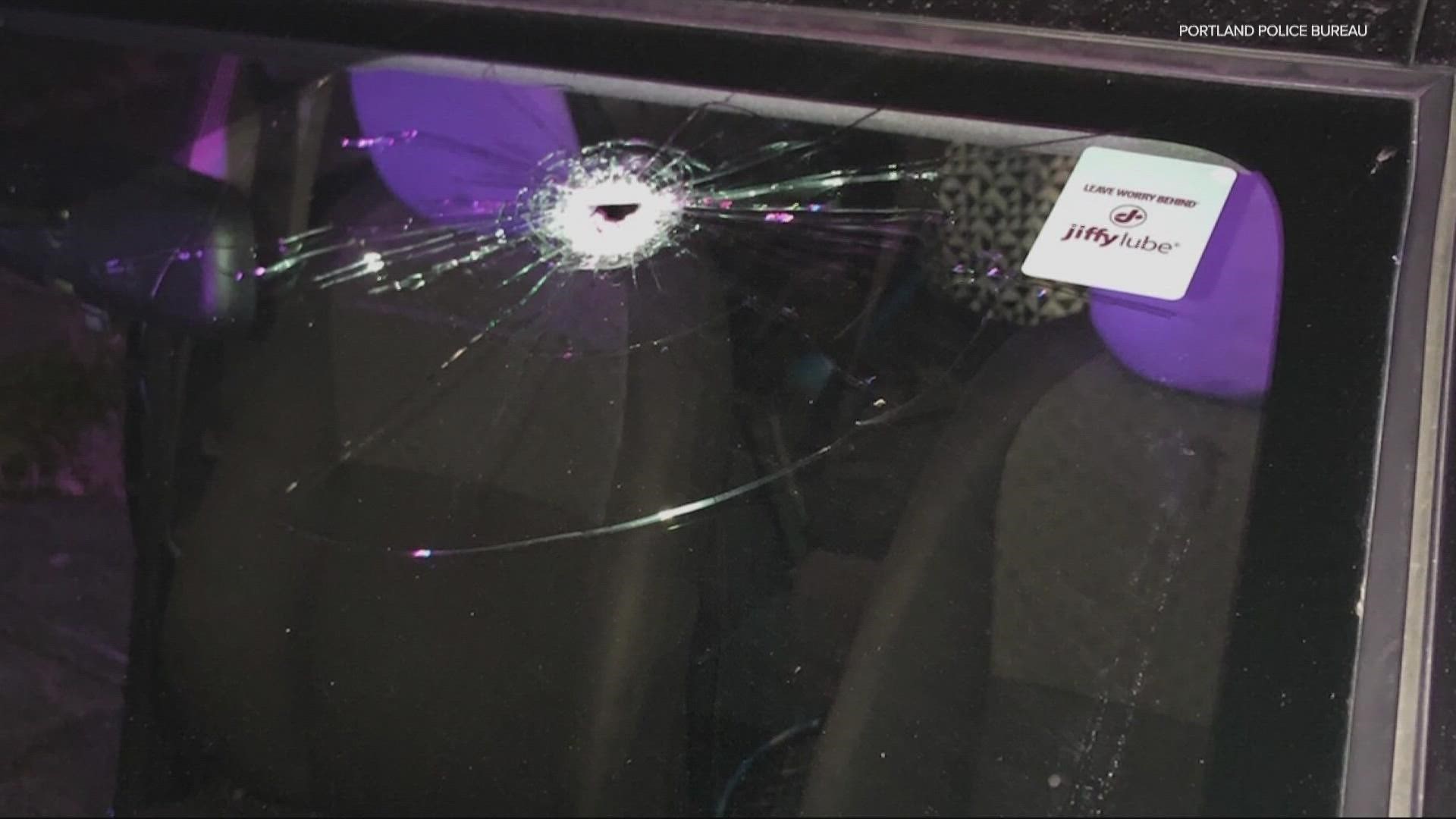 PORTLAND, Ore. — For someone who narrowly missed getting shot, Erica Wilson was in pretty good spirits Tuesday.

“I guess I'm just thankful that nobody was hurt,” said Wilson, whose 13-year-old son was also nearly hit. The pair was driving along Southeast 72nd Avenue near Woodstock Boulevard around 9 p.m. Monday when someone opened fire.

“Who would do such a thing?” said Wilson.

Two bullets hit Wilson’s car — one hit her tire and another went through the back hatch and out the front windshield.

“I just couldn't believe that it didn't hit me because it was aimed directly at my face,” said Wilson.

Wilson pulled over. So did a Portland Parks & Recreation truck that was also hit by gunfire. No one was hurt. Police said whoever was responsible for the shooting fired at least 26 shots.

“Right when we parked and got out of the car, we were bombarded by four or five neighbors,” said Wilson. “They came out asking if they could give us hugs. One lady gave us something to drink.”

It's a scenario that's become as familiar as it is frightening. According to Portland Police Bureau statistics, the city has had at least 870 shootings year-to-date. For perspective, there were 891 shootings in all of 2020 and 388 in 2019.

“I think it's sad what's happening,” said Wilson. “I know that a lot of officers are quitting because of just the way it is right now, and then that doesn't leave a lot for the people that are trying to do their jobs. It took six minutes before 911 dispatchers answered and it took another 10-15 minutes before [officers] showed up, it felt like.”

While the rise in gun violence in Portland may be unsettling, Wilson hopes it doesn't keep people from enjoying their lives — even after her close call.

“The world is unpredictable and life is short and fleeting,” said Wilson. “Just do the best job you can do; it's better to live not in fear.”