'This serves as a reckoning': Portland Thorns to make changes after former coach accused of sexual misconduct

Merritt Paulson commended players for bravely coming forward and acknowledged why the team didn't make allegations public back in 2015. 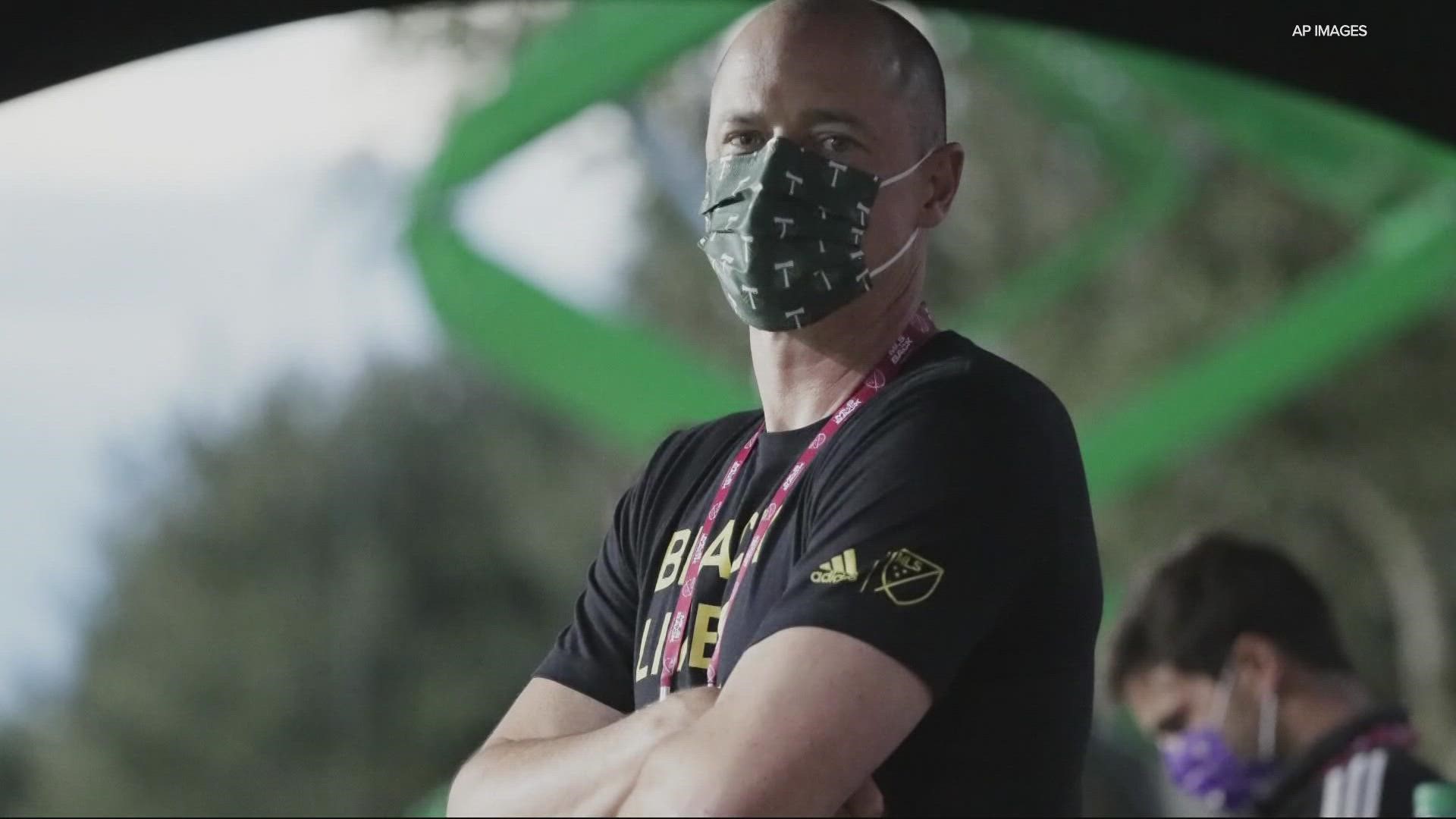 PORTLAND, Ore. — The majority owner of the Portland Thorns is promising change after sexual misconduct allegations against a former head coach made national headlines this weekend.

Meleana "Mana" Shim and Sinead Farrelly joined other players in the allegations that spanned back more than a decade across multiple leagues.

On Tuesday morning, Shim and Farrelly joined the TODAY Show to talk about the sexual abuse scandal.

"The support and validation of the story by everyone globally … really has felt like it has given my pain purpose," Farrelly said.

Of Riley, Shim said, "He’s a predator. He sexually harassed me."

VIDEO: Shim and Farrelly speak out about sexual abuse scandal

Team owner Merritt Paulson composed an open letter to fans on Monday, several days after that report, promising more transparency and justice ahead.

"We are reeling and devastated," Paulson said in his statement. "We applaud not only their bravery in coming forward, but their determination to be heard."

The National Women's Soccer League (NWSL) canceled its games this past weekend. Instead, some fans gathered outside the Portland stadium to rally in support of players and call on change.

"It's a complete shock," said Jamie Goldberg of The Oregonian.

Goldberg reported on the Thorns during Riley's time as head coach, which was between 2014-2015.

"Highly decorated," she described. "Someone who has been in the conversation for the US Women's National Team job."

When Shim made her accusation in 2015, Paulson said coach Riley was placed on suspension within hours. There was an investigation, which lead to Riley's termination within days. The investigation was not made public, but was sent to the NWSL.

Paulson explained why the issue was not made public:

"We then made an opaque announcement about not renewing Riley's contract...guided by what we, at the time, thought was the right thing to do out of respect for player privacy. I deeply regret our role in what is clearly a systemic failure across women's professional soccer."

Goldberg called the acknowledgement a step in the right direction, but said it raises important questions, too.

"What exactly was detailed to them in 2015 and why they felt the need to keep this under wraps and put Riley in a position to continue coaching in this league?" she said.

KGW reached out to the Portland Thorns for an interview Monday, but was referred back to the open letter.

There are a lot of questions I would like to see the Thorns answer. My colleague requested an interview with Gavin and Merritt Friday. I asked again on Sunday. A team spokesman said it was unlikely they would be made available for interviews imminently. https://t.co/cD2UP8zCjw

Riley has denied the allegations against him, but was also fired by the North Carolina Courage.

Through all of this, Paulson said the Portland Thorns will make several changes, including:

"This is a reckoning for the league," Goldberg said.  "Women have felt the need to stay silent in many cases...They're concerned up to this year, there wasn't an anti-harassment policy...If the NWSL is going to proclaim itself as the best women's soccer league in the world, that has to come with supporting the players as well."