Someone smashed through the front door of Sushi Mazi on Southeast Division and stole sake and beer, so the owner of a neighboring thrift store launched a GoFundMe. 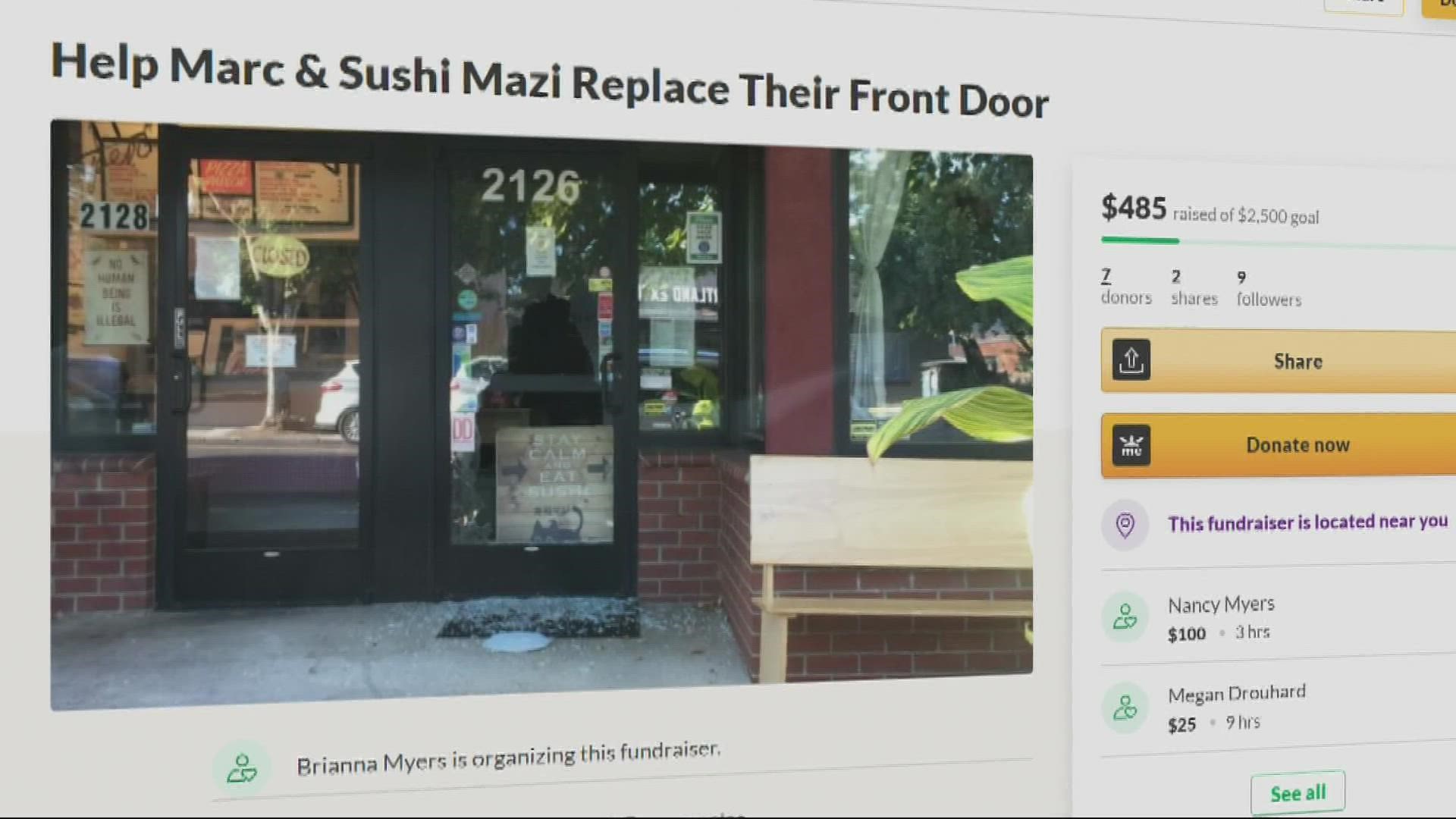 PORTLAND, Ore. — It's hard to miss the boarded up front door at Sushi Mazi on Southeast 22nd and Division.

Owner Marc Mazi arrived at his more than 10-year-old business Wednesday to find the glass on the front door shattered. Whoever was behind the break-in got away with just some sake and beer.

The damage to the door and the stolen inventory will set Mazi back several thousand dollars. It is awful under normal circumstances, but it is even worse when you add in the pandemic and two employees leaving over the course of the last year.

"What is going on with our lives right now," Mazi asked.

"His chef who was with him for 10 years just quit," Melanson said. "There are so many things going on in his life."

Melanson took it upon herself to launch a GoFundMe campaign to help Mazi. She is hoping to raise at least $2,500.

Mazi is touched by what Melanson is doing. He realizes times are tough and appreciates any help he can get. In the meantime, he is headed back to the kitchen.

"Make that sushi, you know."

Mazi does not have a sophisticated security system. The break-in was not caught on camera. Melanson and her husband hope to install a good system in Mazi's restaurant.