Amid calls for police reform, 'hold up in HR' blamed for delay in Portland Street Response launch

Portland Street Response was set to launch this fall. Now, the earliest the team will be ready is February 2021. 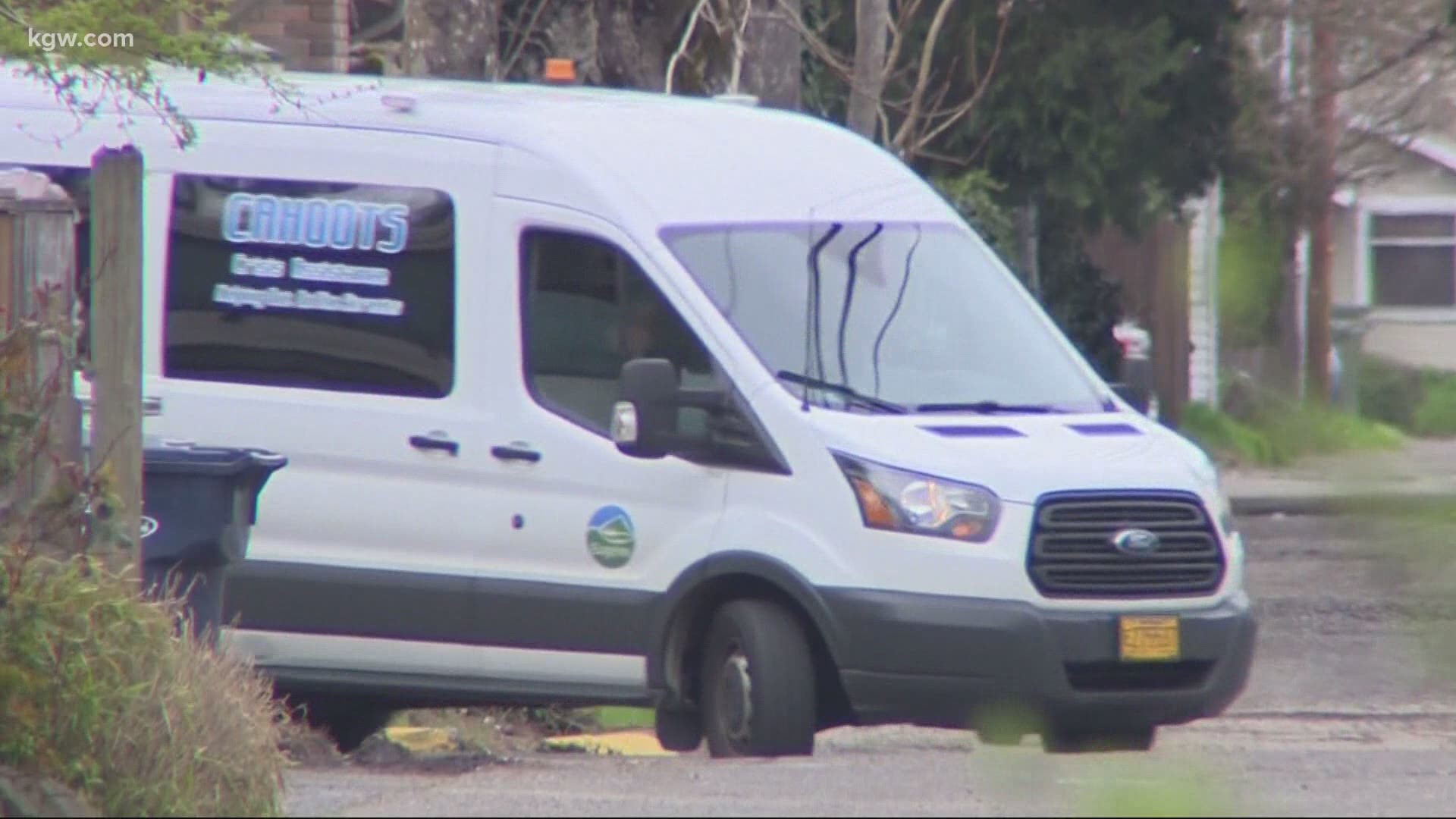 PORTLAND, Ore. — The hopeful launch date of Portland Street Response, the program that promises to break the cycle of sending armed police officers to calls involving mental health and homelessness, has been postponed from fall 2020 to February 2021, at the earliest.

A spokesman for Portland Fire and Rescue told KGW Monday the rationale was simple: it’s a “hold up in HR.”

The program, based on a decades-old Eugene model known as CAHOOTS, is designed around dispatching city-funded teams of paramedics and crisis counselors to emergency calls that, in reality, boil down to a need for social services: housing, drug counseling, non-urgent medical attention.

Portland’s city council officially endorsed the launch of a similar program a year ago, setting aside $500,000 in the 2019-2020 budget. Street Response was set to start in March as a pilot project, with one team consisting of a paramedic and mental health professional. The pandemic brought that effort to a grinding halt.

Last month, amid historic calls for police reform, commissioners recommitted to Street Response and promised to build on the original plan. They set aside $4.8 million in the 2020-2021 budget, enough to assemble six teams of paramedics and crisis counselors. At the time, officials said they hoped to get the program up and running by fall 2020.

Monday brought word of the latest delay. Burek told Wyden the hiring process for the crisis counselors, a first for the city, will likely blow by that hopeful start-date.

“That's going to take about four to five months for us to do the market research and really understand what's entailed with that,” she said. “And then of course the training will also entail de-escalation techniques and managing aggressive behavior and cultural sensitivity.”

She said that training process is likely to take another four to five months.

After the roundtable, KGW reached out to Portland Fire and Rescue and Fire Commissioner Jo Ann Hardesty’s office about the reason for the changing timetables.

Via phone Monday evening, Lt. Rich Chatman said it boiled down to “a hold up in HR” within the city. He added he didn’t know why the initial stages of the hiring process, first predicted a year ago, hadn’t been sorted through yet.

KGW reached out to the city’s Chief Human Resources Officer Cathy Bless and to Mayor Ted Wheeler late Monday. They have not responded.

For his part, Sen. Wyden, who co-sponsored the Justice in Policing Act, after the meeting said he was encouraged by what he heard about Street Response. It’s a mission that, he said, is personal for him.

“My brother suffered from schizophrenia,” he said. “And he was on the street every night for years on end, and not a night went by when the Wyden family didn’t think he’d hurt himself or somebody else.”