PSU grad and singer Madisen Hallberg and professional opera singer Onry team up again just months after their impromptu duet of the national anthem in June. 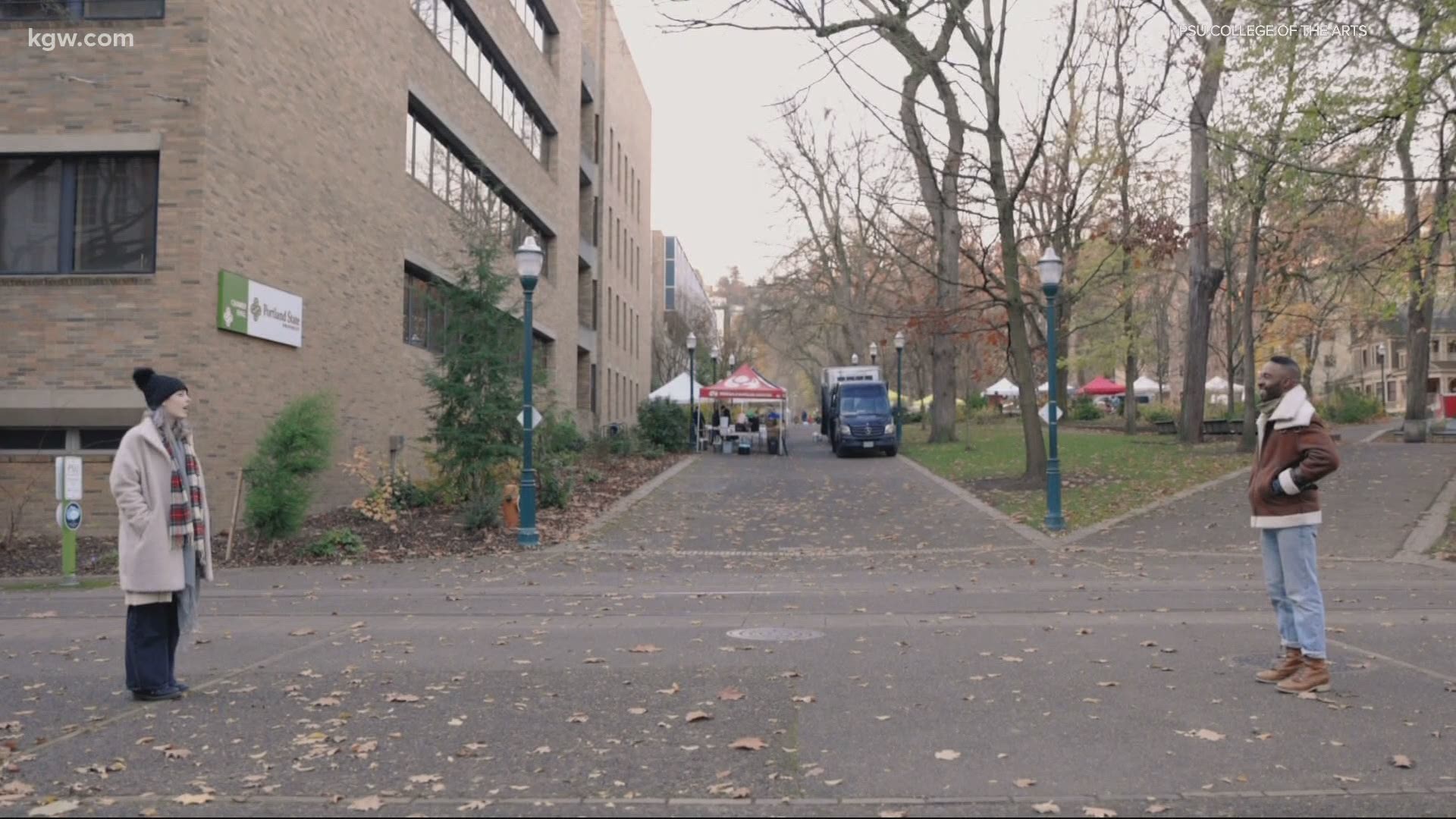 PORTLAND, Ore. — You may remember the impromptu duet at Portland’s park blocks that went viral back in June. Professional opera singer Onry happened to walk by as Madisen Hallberg was recording the national anthem for Portland State University’s virtual commencement.

“Graduating during coronavirus is like just literally the most anticlimactic thing of all time,” said Hallberg on Wednesday.

Hallberg is now a PSU graduate, and six months after her viral and accidental duet, she teamed up with Onry again. The meeting this time, not a surprise, but no less powerful in a video produced by PSU’s College of the Arts.

“I think this video that Madison I created is just like a small contribution into saying like, ‘thank you, love you, we’re sharing this holiday cheer,’” said Onry.

“It's something that everybody can relate to, it doesn't matter what background…what holiday you're celebrating…everybody wants this season to be a peaceful one,” Madisen added.

In the video, the two sing “Dona Nobis Pacem,” Latin for ‘grant us peace.’ A universal message for this holiday season.

“I have to decide every morning to be the hope, and to be the love and the joy that other people want to experience,” Onry said.

“That's like what the holidays are about to me…and it should be like that all year round, “ said Hallberg

They stroll together from the familiar park blocks, ending next to the Christmas tree at Pioneer Courthouse Square. A symbol of how voices can sound different, even look different, but come together to make something beautiful.

“Use your voice and show through your actions that you care and love others,” said Hallberg.

RELATED: 'Livin' in the Light': Onry's latest project is about being happy in your own skin