The port-a-potties are part of an effort by officials to make sure people experiencing homelessness have access to clean restrooms and places to wash their hands. 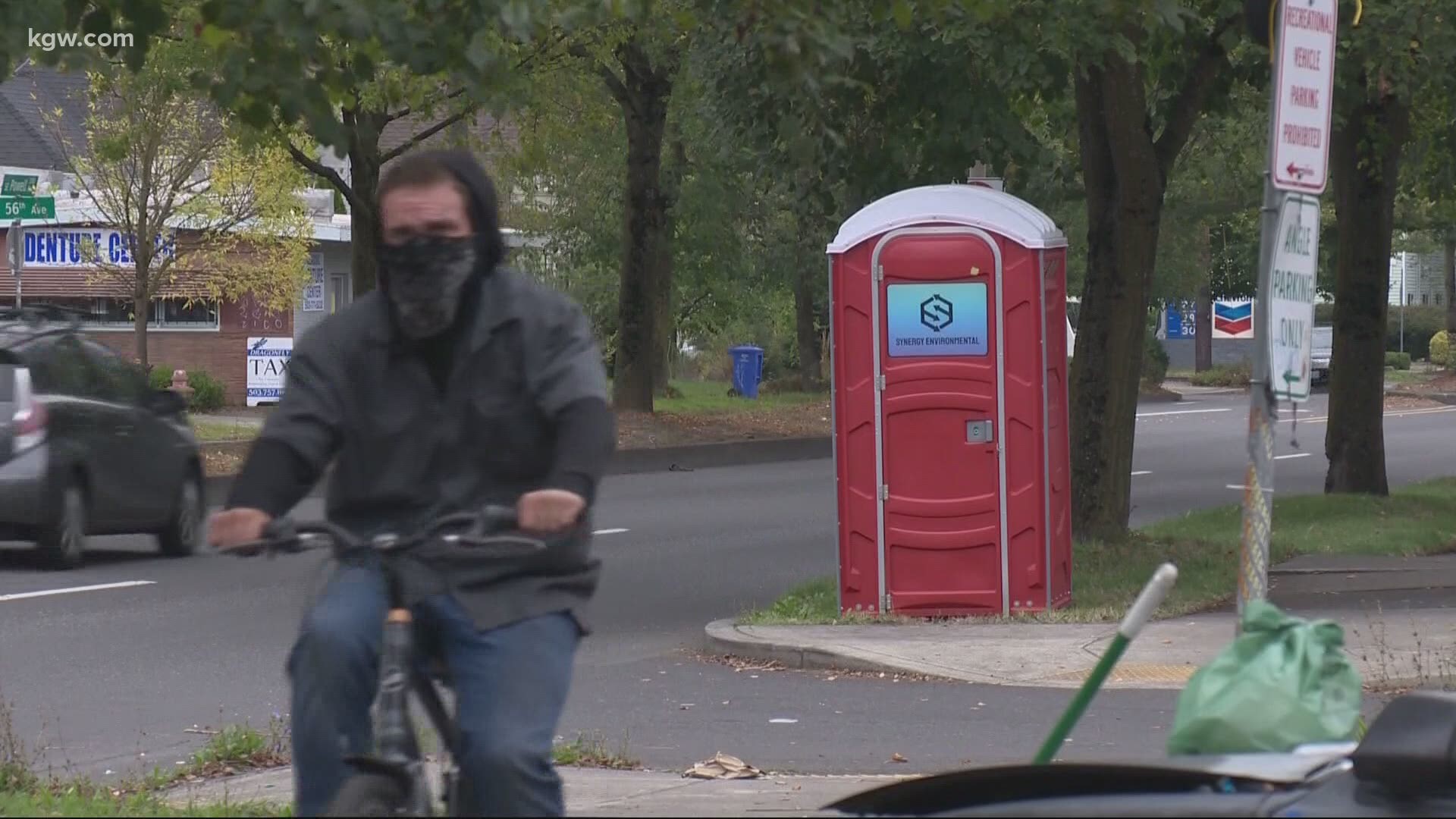 PORTLAND, Ore. — Portland city officials are spending thousands of dollars on repairing, replacing and installing signs on the dozens of red port-a-potties placed throughout the city.

When they’re not organizing those operations, they’re busy sifting through angry emails and voicemails. Most are laced with profanity.

“Excuse me, ma'am, but what the hell, Heaven or purgatory is that red thing doing in front of my church?” one woman said on a voicemail to a staff member in Portland’s Office of Management and Finance. “I’m really, really upset!”

The red thing that woman was referring to is any one of just over 100 red port-a-potties set up across the city in September. It was part of an effort by officials to make sure people experiencing homelessness have access to clean restrooms and places to wash their hands, especially amid a pandemic, when most businesses, libraries or public spaces with restrooms are closed.

The program was supposed to cost the city $75,000 a month. On Wednesday, a representative for the city confirmed the porta-potties are being vandalized, tipped over and flat out stolen. Repairs often cost hundreds of dollars per incident. Replacing them cost $650 each. Staff have had to replace about 30 port-a-potties so far.

The issue lies in location. Some of the portable toilets, in addition to a couple dozen hand washing stations, were placed near homeless camps but not all of them. Others are in neighborhoods, placed there, staff say, because data shows the area is lacking in public restroom spaces. But staff said neighbors often hate the optics and worry camps will form around the port-a-potties.

So now, the city is spending even more money to try and protect these porta-potties by donning each one with signs that read, “This is more than a bathroom. It’s also a human right.” The total cost for printing and installing those signs came in at $7,500.

Credit: Office of Management and Finance
Red port-a-potty in Portland

Seraphie Allen, senior policy advisor for Mayor Ted Wheeler, told KGW the city is re-evaluating the placement of the port-a-potties, and some may be moved within weeks. Either way, she said staff expect things to die down eventually.

Staff added officials haven't decided yet if the port-a-potties will remain once the pandemic is done.