A soccer camp at Portland's Delta Park is bringing soccer to kids a world away. Foday Kabba is kicking off a project inspired by his childhood in West Africa. 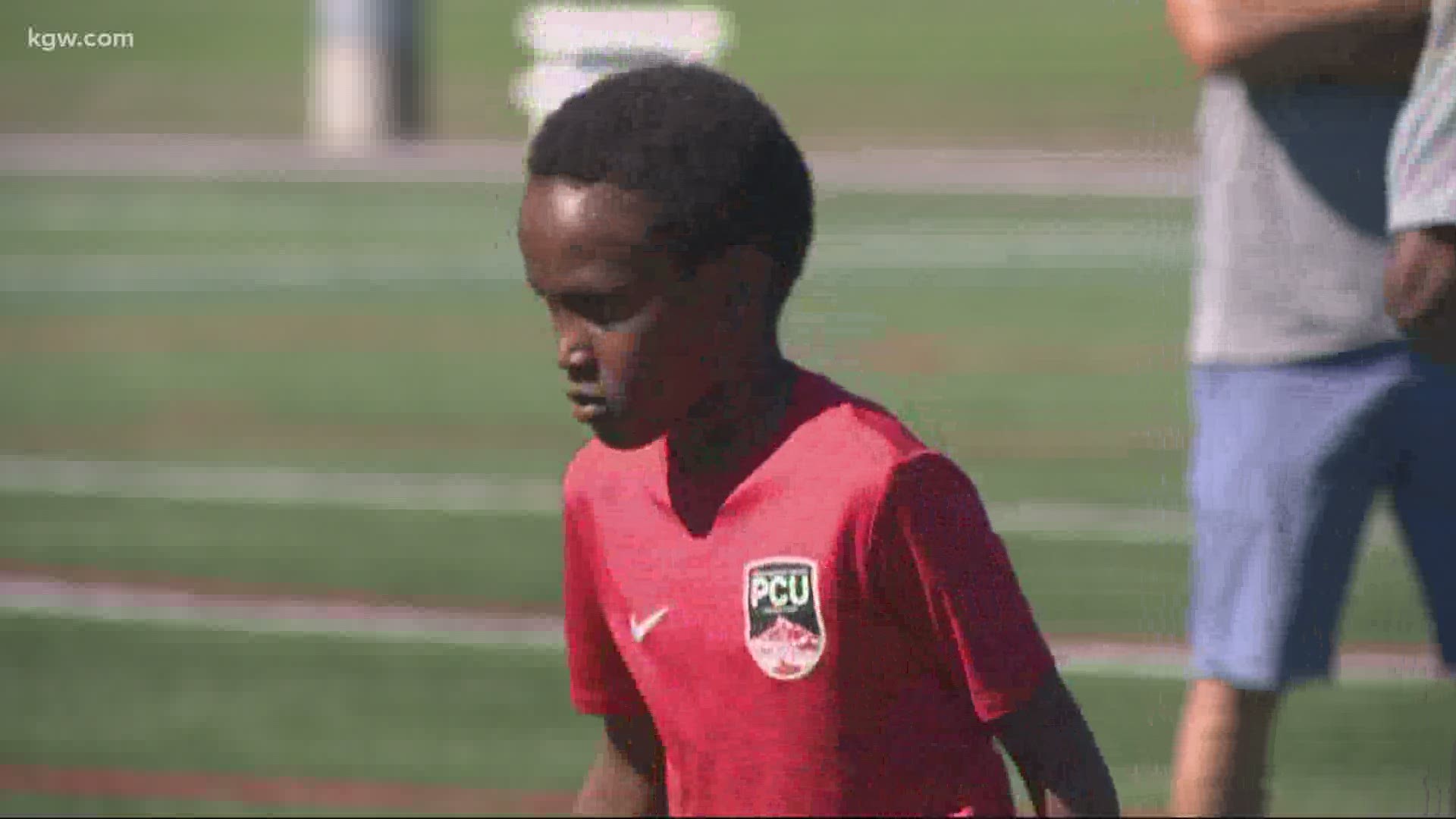 PORTLAND, Ore. — Foday Kabba is the man behind the scenes of this week’s Kalabash Academy soccer camp at Delta Park.

"With COVID-19 and social distancing, we’re forced to do more technical training … which is the dribbling side, the technique side, striking of a ball properly and all that stuff," Kabba said.

Kabba is the founder of Kalabash Academy, an organization that aims to bring sport and education opportunities to kids in West Africa. He was born in Sierra Leone where, like most of Africa, soccer is king. As a child he fled from the country during civil war.

"When I moved here, soccer helped me settle in my new environment and helped me make friends, so it was pretty pivotal in my transition from Africa to here," he said.

After graduating from Sunset High School in Beaverton, Kabba graduated from Gonzaga University, excelling in soccer at each step. He played for a few years in Belgium before starting Kalabash Academy.

He wants to take the lessons he’s learned from the game and share them with the kids at his soccer camp, but also the kids in West Africa.

"I feel like it’s an obligation for me for sure," he said. "I came from that background, so I know firsthand what it’s like to not have those opportunities readily available."

The camp, along with other efforts, is raising money to get a facility up and running in Africa that includes a mini-pitch so kids who can’t afford it can play.

"I think sport has the power to not only through discipline and the hard work that you learn through sport, but what it can set you up for for life because I think it’s very understated," Kabba said.

Not only does it feel good to get back out on the field, for Foday, soccer is more than a game, it’s something that can and will unite.

"With education and sports, there’s a power there to transform and transcend a lot of people and issues and cultures that are happening currently around the world," he said.

For anyone that wants to support Kalabash Academy, the nonprofit has a GoFundMe to raise money for its programs in West Africa.