Portland Public Schools is down dozens of bus drivers. Here's what we know about the bus driver shortage

Less than two weeks into the 2020-21 school year, the shortage is already creating challenges for parents trying to get their children to school. 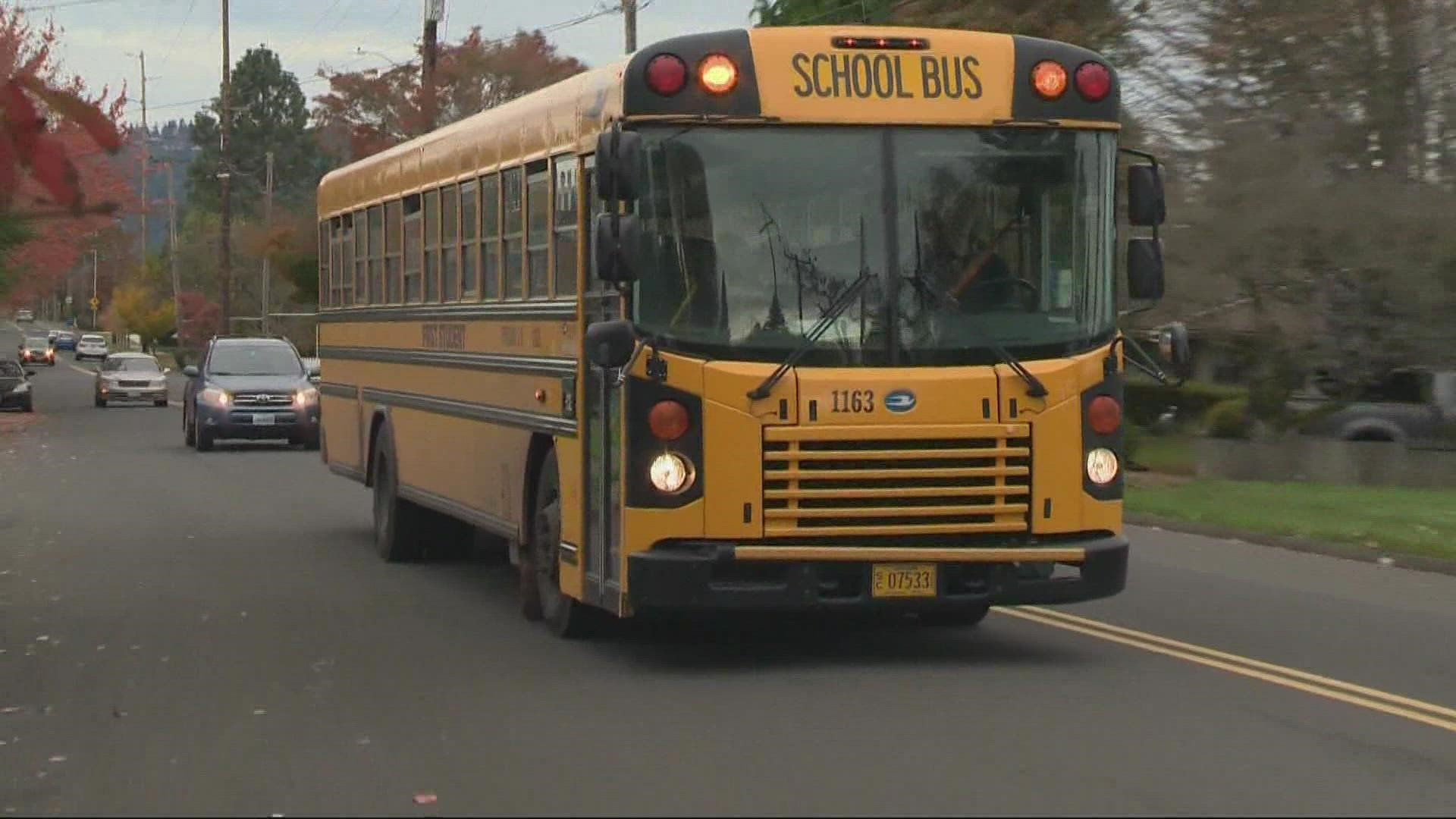 PORTLAND, Ore. — Portland Public Schools (PPS) is one of the many school districts nationwide facing a bus driver shortage.

Less than two weeks into the 2020-21 school year, the shortage is already making it harder for some kids to get back to school.

"We have had, and will continue to have, some routes that have had to be canceled and others that have seen pick-up or drop-off times altered," PPS said in a letter to parents emailed Sept. 9.

That day, about nine bus routes were suspended. A week later, on Friday, Sept. 17, KGW learned PPS had eliminated about a dozen bus routes for Lincoln and Benson high schools because the district and its partner organization, First Student, were down upward of 80 drivers.

PPS also said that about 10-15 other routes every day will not run because of delays or cancellations.

A number of new drivers are in training, which typically takes about a month to complete, the district said. But the training process has been slightly delayed because some PPS trainers have taken shifts as drivers.

Factors that have contributed to the bus driver shortage, according to PPS, include:

The district said it's considering several steps to mitigate issues caused by the shortage, which include:

When KGW asked the Oregon Department of Education (ODE) if it is considering calling on the National Guard to help drive school buses — something other states have considered — ODE did not outright say no, but pointed out many Oregon National Guard members have been deployed to hospitals around the state to assist with the surge of COVID-19 cases and hospitalizations.

"All options are being considered to support full-time, in-person instruction," ODE Director Colt Gill said in a statement. "Currently Oregon’s National Guard members are supporting the extreme need seen in our hospitals and public health system. Federal emergency relief funds are available to offer incentives to hire school bus drivers. I encourage school districts to utilize these emergency funds for that purpose."