Police say they saw protesters using "what looked to be an accelerant" before an officer sped through the intersection. 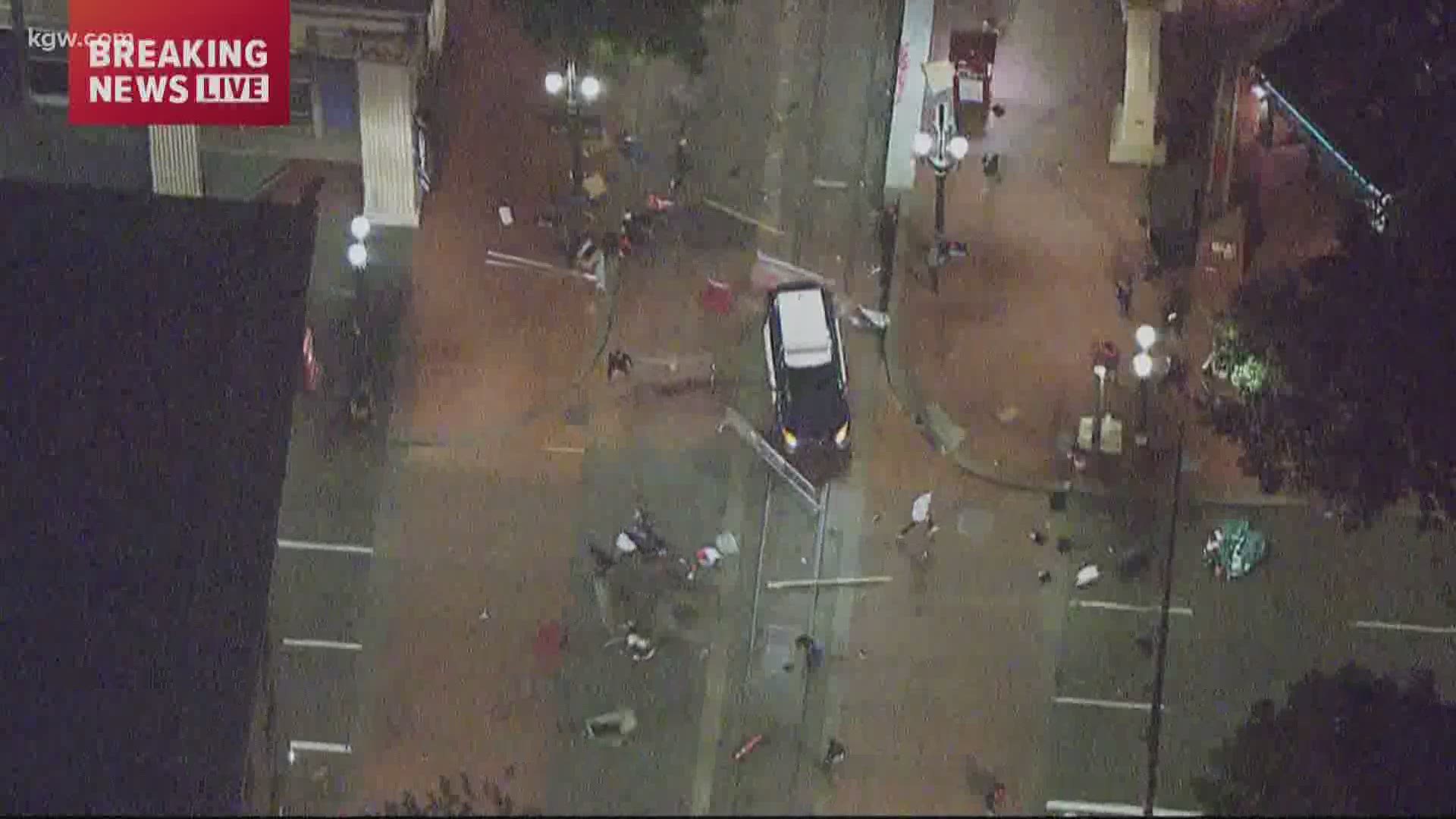 PORTLAND, Ore. — What remained a peaceful protest for the majority of the evening devolved into chaos late Tuesday night, as Portland police officers deployed tear gas and other crowd control measures in an attempt to scatter protesters.

A video of a Portland police cruiser barreling through a downtown intersection, however, is gaining traction online.

KGW's chopper was flying above downtown just after midnight, when they spotted a group of protesters moving around barricades at the intersection of Southwest Broadway and Morrison Street, by Pioneer Courthouse Square.

Within moments, a Portland police cruiser sped through the intersection, narrowly missing a handful of protesters:

They said protesters used "a bucket of what was believed to be an accelerant poured on top of the pile."

"It's being investigated. I don't know the circumstances as to why that occurred. I can't speculate as to the officer's actions at this point. but it is one of the videos that we are aware of and that we are looking at," Chief Jami Resch said in a news conference Wednesday morning.

In a news conference Wednesday night regarding their use of force, Portland police said the video is the "worst of the worst" and "doesn't represent the hard work [they're] doing to serve and protect."

This was the clip that made @LauralPorter & me gasp on live TV.

We saw people moving barricades & equipment around Pioneer Square... when a police SUV came speeding through. Ppl ran out of the way.

This was around 12:14 a.m. @PortlandPolice can you tell us what happened? pic.twitter.com/K7ejbx1FHi

It's not completely clear whether there were two incidents of police cruisers barreling through barricades where protesters were gathering. The intersection where KGW spotted the incident is two blocks away from the area Portland police addressed in their news release.

RELATED: ‘It is my truth’: Portland native shares her story, need for allies in the fight for equality