Is it legal for Portland police to mark protesters' cars with spray paint? 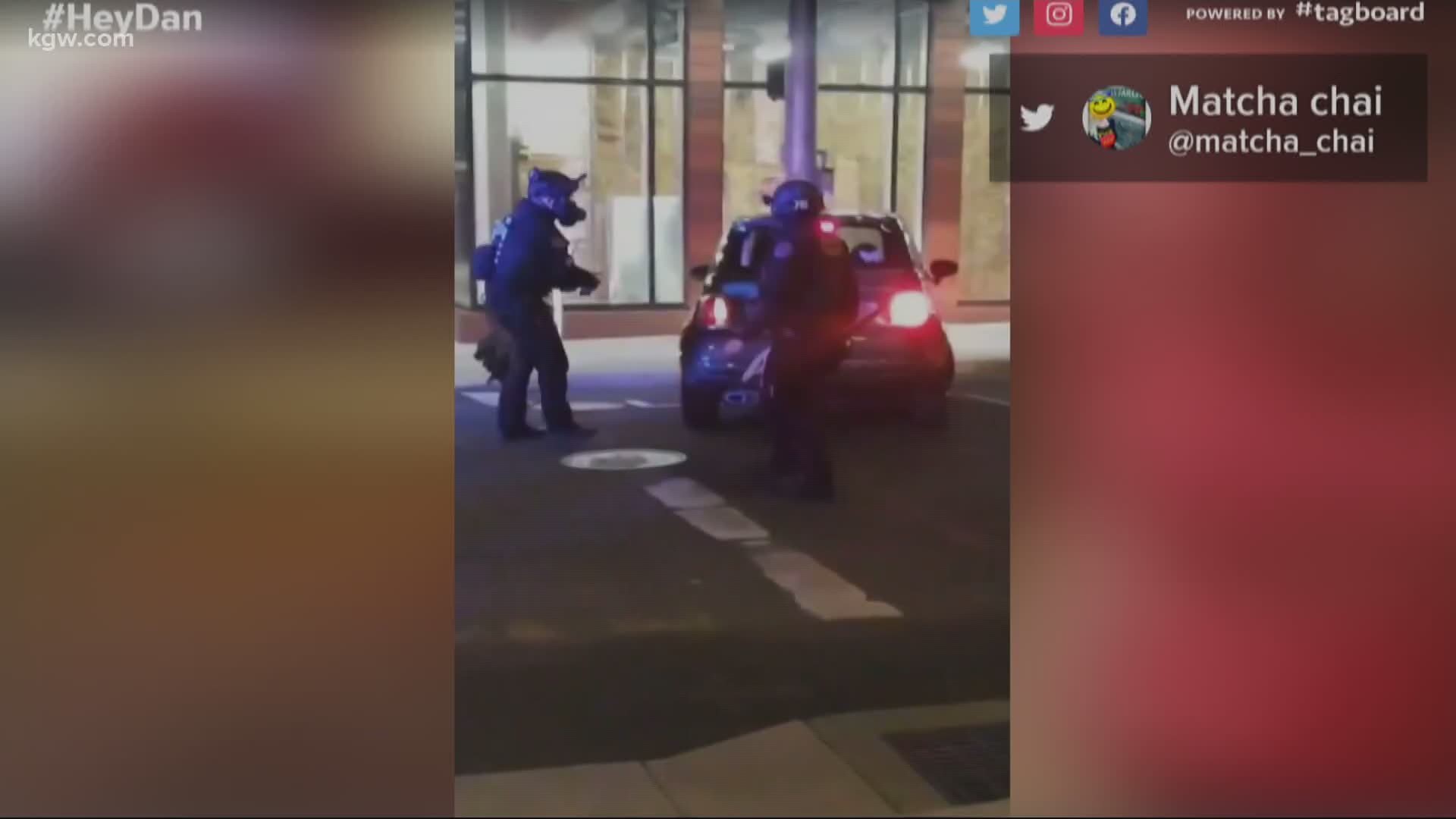 Portland Police Chief Jami Resch said people in those cars were spotted handing out weapons and other items to protesters.

"We have attempted to stop some of the vehicles and they have fled," Chief Resch said in a news conference Wednesday morning. "This places protesters and police in extremely dangerous conditions. We have deployed stop sticks in some instances and markings to stop them at a later date. This seemed like the least intrusive way to accomplish our goal of life safety."

But several people on Twitter questioned whether the act was legal, or if it was a violation of the Fourth Amendment.

"If I were a lawyer in this case, I would rather have the side of the car owners then the side of the police," said Lewis and Clark Professor Tung Yin, a professor in criminal procedure and search and seizure law.

Professor Yin said while no judge in Oregon has ever ruled on police spray painting cars, a federal appeals court in the Midwest ruled that chalking tires could be a violation of the Fourth Amendment.

The Fourth Amendment gives Americans the right to be free from unreasonable search and seizures.

"It doesn't mean it's per se unlawful, but what it means is the police need to be able to justify the search for Fourth Amendment purposes, which typically means you have to show there's probable cause to believe a crime has been, or is being committed, and you have a warrant,"

So if using chalk could be considered unlawful, it could be argued in court that spray painting is too.

"One is a constitutional issue. If someone is arrested later based on evidence from a spray painted car, they pursue the car. They find someone with that car, evidence flows from that and a person is charged. They might be able to say that the police action was illegal and therefore what flows from that illegal activity, it should be suppressed. It should not be allowed to be presented to a court. So that would be the sort of constitutional provisions. Second, there's questions about whether you'd have a civil claim, if your car was tagged by the police officer, essentially, would you be able to sue the police officer or civil damages? And then third, if you or I went up to a police car that we were concerned about and tagged it with paint, they would certainly charge us with a crime," O'Connor said.

We asked Portland police if this was a one-time tactic, or if it'll be used in future protests. We have yet to hear back.