Ofc. Corey Budworth is accused of hitting a woman in the head with a baton during last summer's protests. 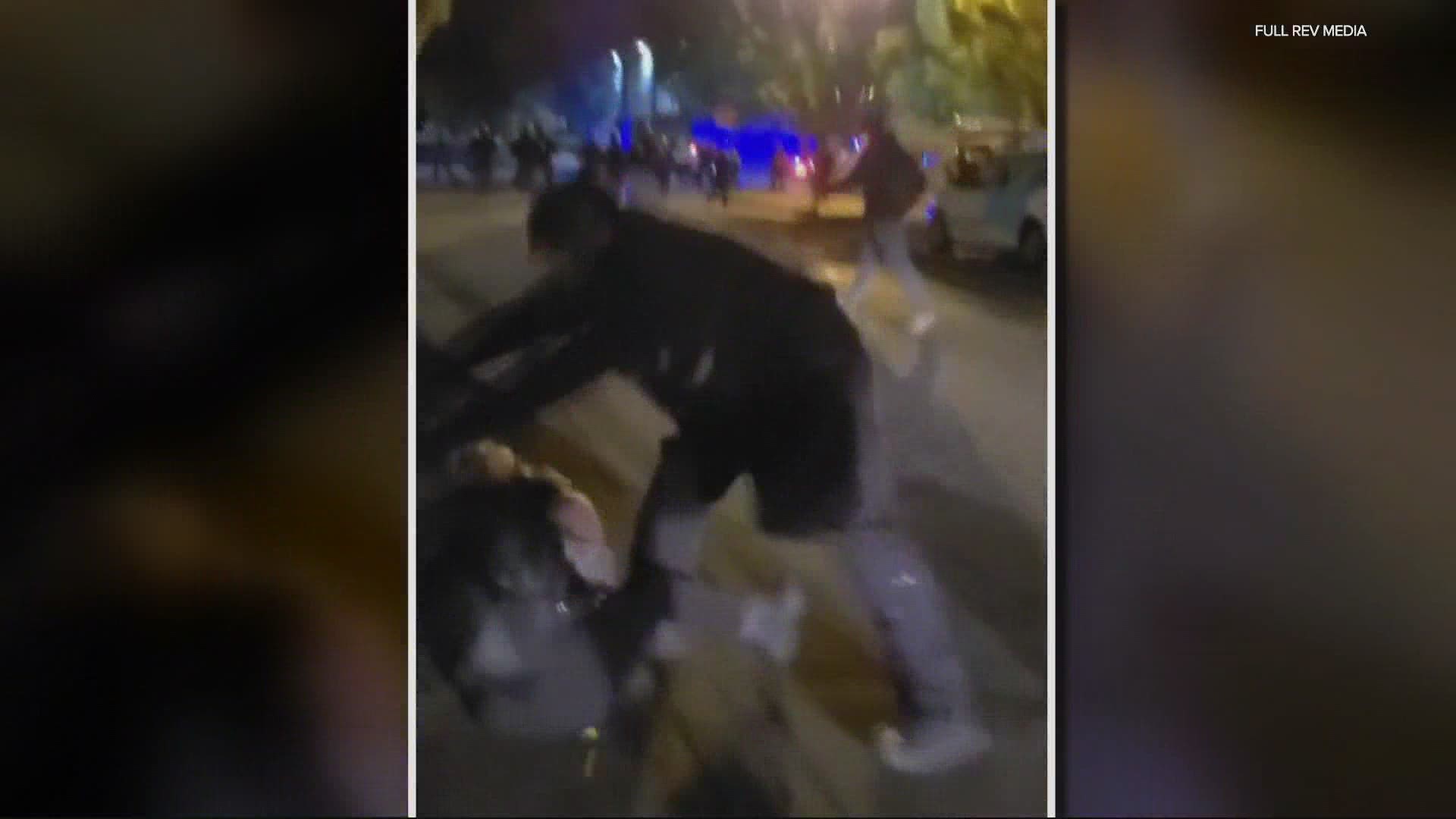 PORTLAND, Ore. — A grand jury has indicted a Portland police officer with an assault charge, accusing him of hitting a woman in the head with a baton during a protest in August.

Ofc. Corey Budworth is facing one count of assault in the fourth degree. According to a press release from District Attorney Mike Schmidt’s office, the incident took place on August 18, 2020. The indictment accuses Budworth of using unjustified and unlawful force against someone.

The DA’s office said it was unaware of the victim until a civil lawsuit was filed in September. The city of Portland settled for $50,000. DA Schmidt released a video statement thanking Portland Police Bureau (PPB) for investigating the incident. He said, in part:

“Earlier this afternoon, my office filed a criminal assault charge against Portland Police Officer Corey Budworth stemming from what we allege to be an excessive and unlawful use of force on August 18, 2020 during a political protest. I want to start by thanking and acknowledging the Portland Police Bureau for their dedicated work on this investigation into one of their own. I further want to thank the many members of the Portland Police Bureau who have showed up night after night in response to civil demonstrations that have at times turned violent. Despite these pressures, these law enforcement professionals remained professional, and their actions lawful.

But when that line is crossed, and a police officer’s use of force is excessive and lacks a justification under the law, the integrity of our criminal justice system requires that we, as prosecutors, act as a mechanism for accountability…”

This tweet posted on August 18, 2020, appears to show the alleged assault:

Hey @PortlandPolice is officer 37 going to be fired from his job? Or is this not enough evidence for you? #PortlandProtesters pic.twitter.com/eyhoMDk58d

"Law enforcement is held to a higher standard and must constantly strive to live up to that standard. PPB has processes of accountability in place that take time to complete. A Multnomah County grand jury has indicted a PPB officer on one count of Assault 4 from an incident in Aug 2020. As Chief, I have a role to play in the Police Bureau’s internal process associated with this case and therefore, I cannot provide additional details.

"PPB remains committed to providing public safety service to this city, where our personnel respond with professionalism and compassion. PPB has worked hard over the years to revamp our policies and training and we continue to look for additional ways to maintain our community’s trust. I ask for the community’s patience as we follow the guidelines of the established internal accountability process."

In a news release, the DA’s Office said it was continuing to work in conjunction with the Oregon Department of Justice to investigate other potential unlawful cases of police use-of-force during last year’s demonstrations.

"It is important to remember that our officer has not been found guilty of any crime. Like every citizen, our officer is innocent until proven guilty," the union said in the release.

It called the decision by the grand jury a "politically driven charging decision" and defended Budworth's actions that night, saying officers faced an aggressive crowd, some equipped with tactical helmets and a variety of weapons.

"He faced a violent and chaotic, rapidly evolving situation," the union said. It claimed the officer used the lowest level of baton force to remove the photojournalist seen in the video from the area.

The woman's attorney Juan Chavez with the Oregon Justice Resource Center told KGW he thinks it would be politically motivated not to indict Budworth "because what he did was criminal." He added, "if PPA wants to say this is how he's trained, I'm pretty sure they train them to be criminals."

DA Schmidt's full video statement can be found here and below: