Officers were dispatched about 12:20 a.m. Tuesday to the work zone between Division Street and Powell Boulevard on reports of a loud crash. 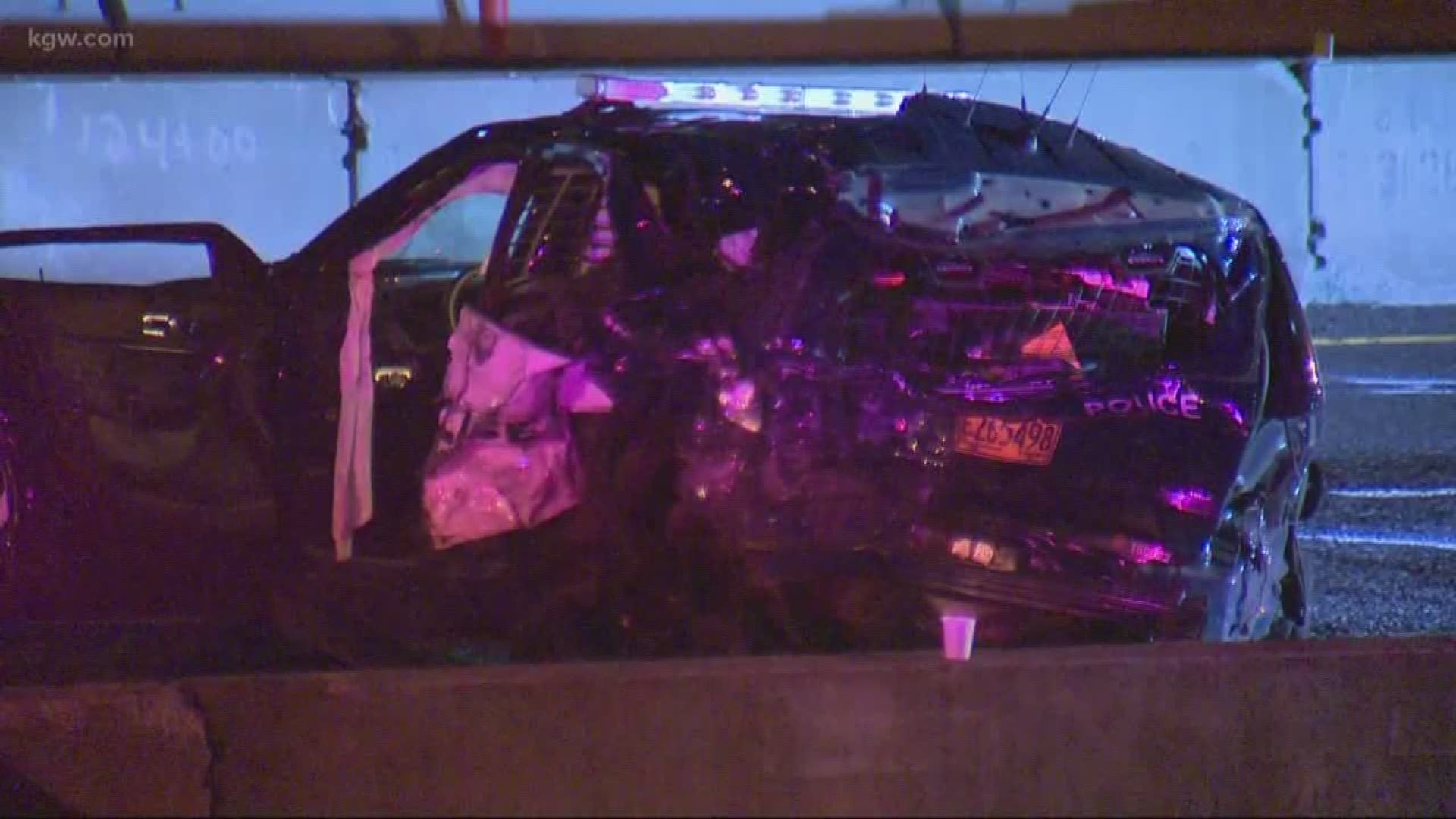 PORTLAND, Ore. — A Portland police officer parked in work zone on Interstate 205 was struck by a motorist, pinned in his cruiser and suffered serious injuries.

Officers were dispatched about 12:20 a.m. Tuesday morning to the work zone between Division Street and Powell Boulevard on reports of a loud crash, according to police.

They found the officer pinned in the cruiser. He was was extricated, taken to a hospital and was expected to survive.

A woman who was driving an SUV had apparently struck the patrol car from behind, police said. She was taken to the hospital with serious injuries and was expected to survive.

Portland Police Chief Danielle Outlaw said the driver was under the influence of drugs or alcohol.

Tuesday's crash was the second time the officer has been struck while on duty in the last 5 months, Outlaw said.

The crash closed the northbound lanes until about 5:30 a.m.

The crash remains under investigation. Anyone with information is asked to call the non-emergency dispatch number 503-823-3333.