Portland Police Chief Danielle Outlaw said she disagrees with accusations that officers favored one side over the other during Saturday's protest. 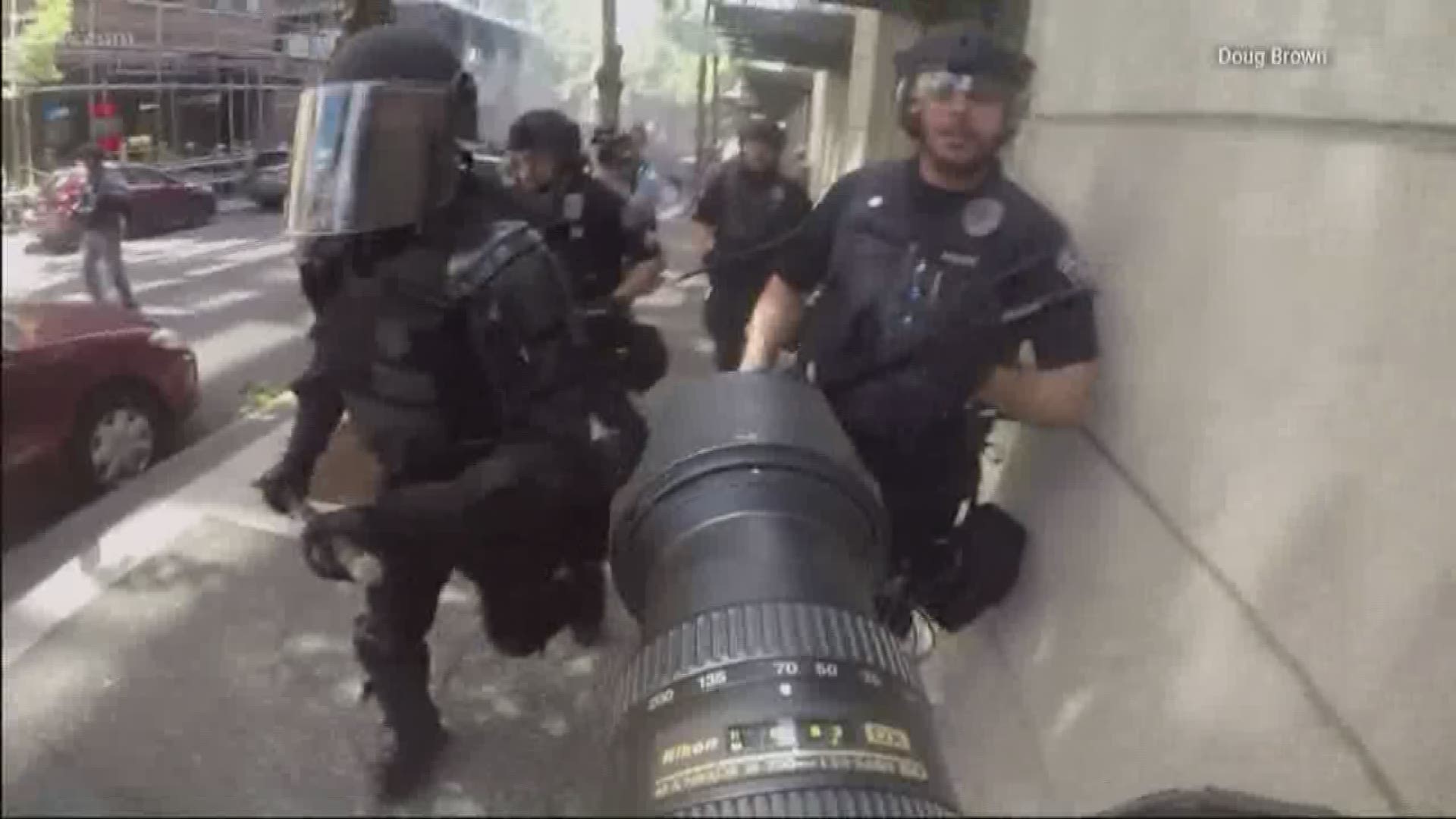 PORTLAND, Ore. — Portland Police Chief Danielle Outlaw said the Portland Police Bureau continues to investigate police actions during Saturday's protest, but disagreed with accusations that officers favored one group over the other.

Alt-right group Patriot Prayer held a protest in downtown Portland on August 4. A counter protest led by a group called Antifa (anti-fascists) took place at the same time. The two groups have clashed in the past.

The Portland Police Bureau was accused by the ACLU and other groups of using excessive force and of targeting counter-protesters at the protest.

"I think it's ridiculous for anyone to think that I would favor someone who is supposedly associated or allows white supremacists to be a part of their group, just as it's ridiculous for me to favor anyone that intentionally comes to bring physical harm among other people there," Outlaw said during the briefing Monday. "We have to be neutral and we call it down the middle."

Outlaw said police gave a dispersal order to counter-protesters only after they saw projectiles being thrown by those demonstrators. After the dispersal order was not followed, officers used aerial distraction devices to disperse the crowd.

"What I can tell you is people were given an opportunity to leave," she said. "They were given multiple orders to disperse and they didn't."

Portland police are still reviewing whether the devices were fired directly into the crowd. One woman was taken to the hospital. One of the rounds reportedly hit another protester in the head, becoming embedded in his helmet and injuring him. Other injuries have also been reported.

Outlaw said members of Patriot Prayer were also hurt by police use of force.

"This wasn't folks that were just coming to march peacefully and demonstrate, sing Kumbaya and go on their way. They came with the intent to cause some problems," she said.

On Sunday, Outlaw directed the professional standards division to begin gathering evidence to determine if the force used by officers during Saturday's protest was within policy and training guidelines.

Ultimately, Outlaw said officers succeeded Saturday because they didn't allow violence to break out between the competing demonstrators.

Portland Mayor Ted Wheeler said in a statement Monday that information gathered by Portland police prior to Saturday's protest gave them reason to believe that multiple people were coming to the protest to try and "inflict great bodily harm."

"The goals of the police during the demonstrations were to keep groups separated and to protect lives, both of which they did. Though the worst was avoided, some individuals sustained injuries. Chief Outlaw and I take this seriously," Wheeler said.