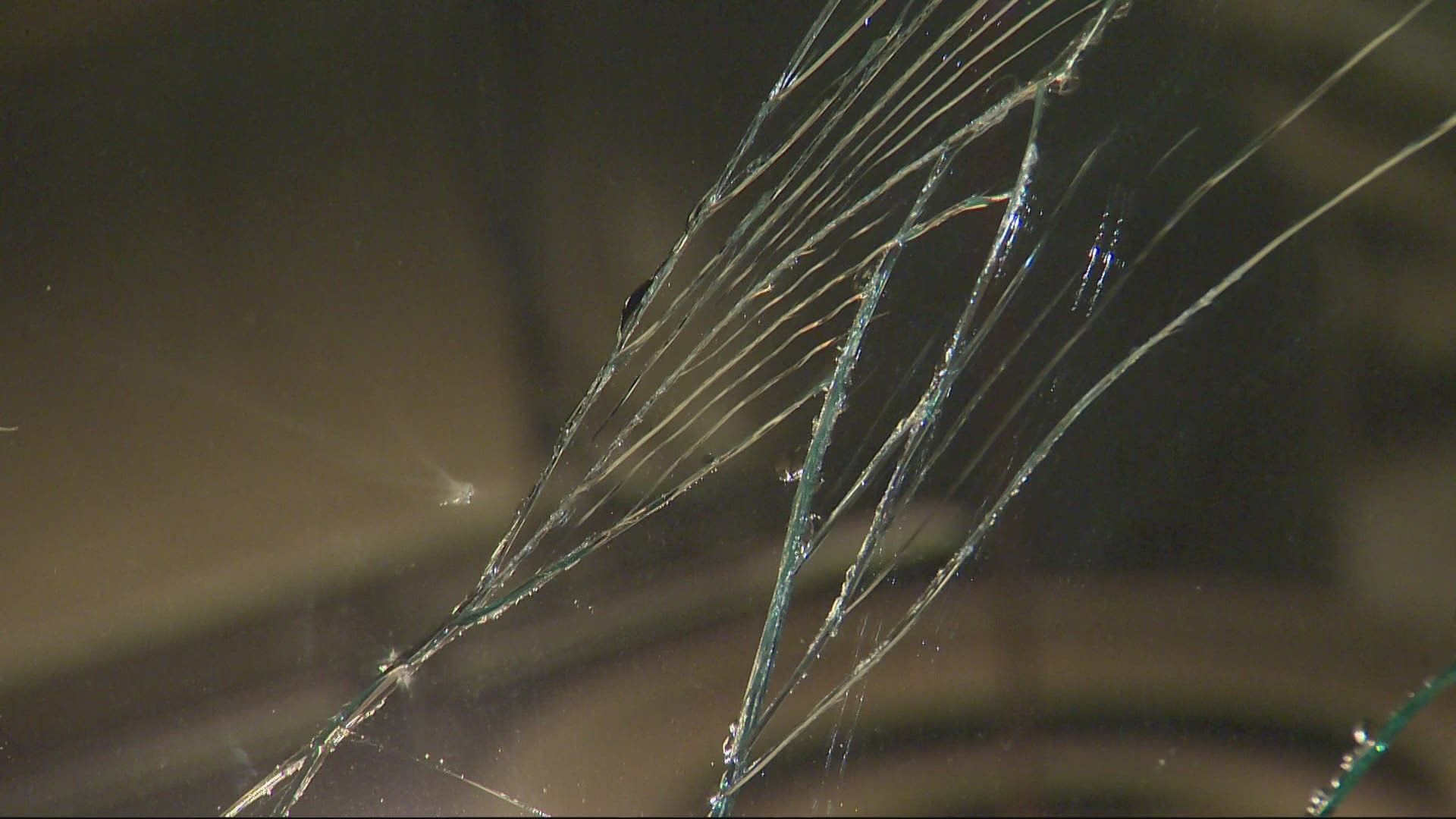 PORTLAND, Ore. — Portland police declared a riot Friday night after some windows were broken and graffiti sprayed on Northwest 23rd Avenue during a planned anti-police demonstration.

People gathered at Couch Park on Northwest 20th and Hoyt, then began marching in the streets and blocking traffic shortly after 9 p.m., the Portland Police Bureau (PPB) tweeted.

By 9:30 p.m., the crowd had moved to Northwest 23rd Avenue, a popular shopping street, and began smashing windows of a Starbucks.

Photos from police show a restaurant and bus stop also tagged with graffiti.

Within 10 minutes, police declared a riot in the area of Northwest 23rd and Hoyt and started directing people to leave the area. They warned that anyone committing crimes was subject to arrest and the use of force, including tear gas and impact munitions.

Around 10:45, police said the crowd had wandered away from the area.

Two people were arrested. Police said Crystal Miranda, 29, and Jacob Camello, 29, both from Portland, were booked at the Multnomah County jail for first-degree criminal mischief.

Police were aware of the demonstration before it happened and sent out a press release warning of the possibility of criminal activity.

This is the third night of unrest in Northwest Portland since former Minneapolis police officer Derek Chauvin was found guilty of murder and manslaughter in George Floyd's death on Tuesday, April 20.