Lovell was named chief on Monday when former chief Jami Resch announced she was stepping down. He was sworn in Thursday. 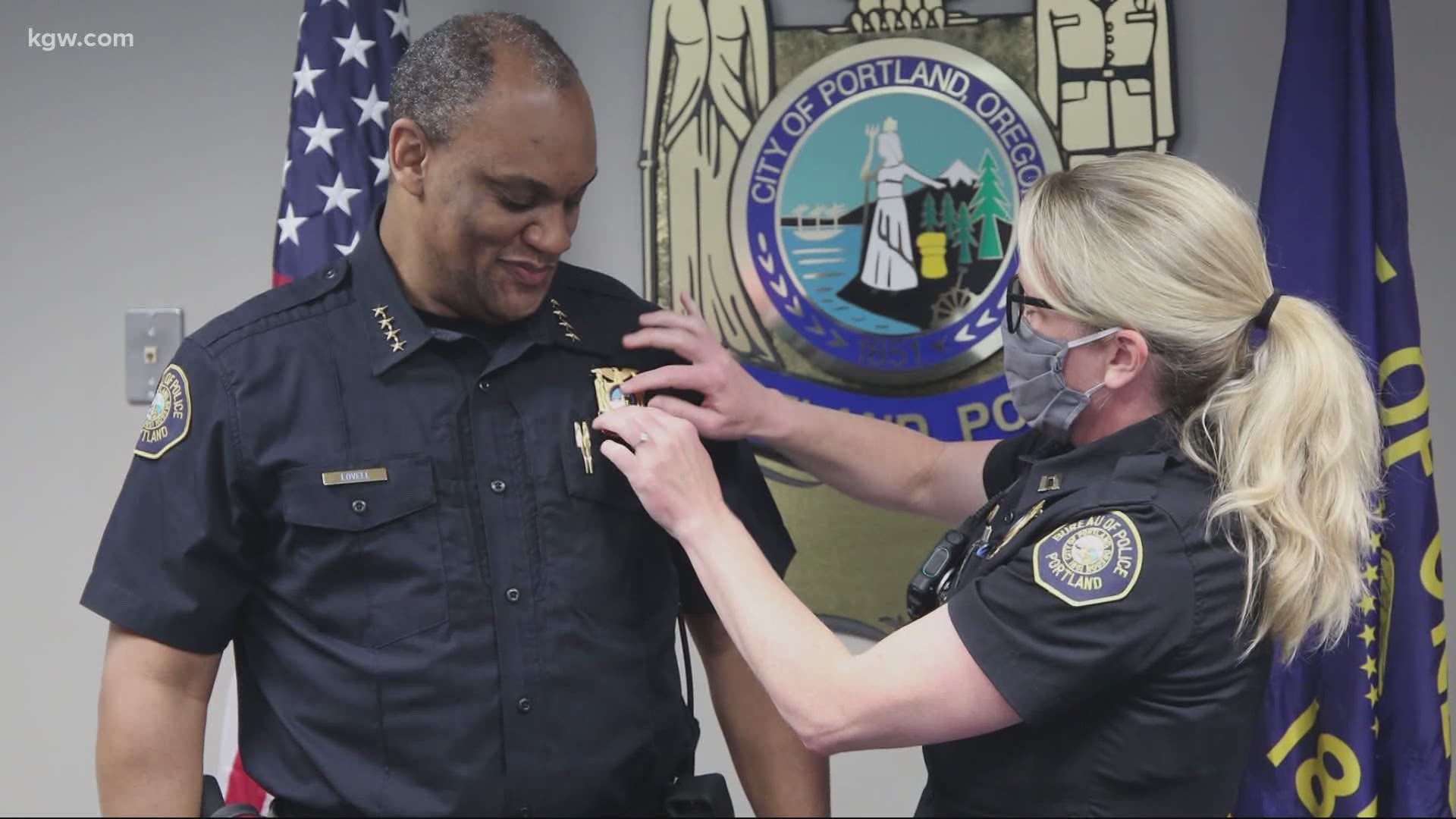 When asked what will happen to officers who are part of the Gun Violence Reduction Team and transit specialty units, both of which Mayor Ted Wheeler said he would like to see dissolved, Chief Lovell said those officers would be reassigned within the police bureau.

“They’ll be doing important work that needs to be done in the city,” Lovell said.

Lovell said he would like to see the return of community policing, allowing communities and neighbors to have a closer relationship with their police officers in Portland. He did say that goal is still a long way off.

When asked for his thoughts on calls to defund the police, Lovell said no chief wants to see police defunded, but he intends to get people the police service they want and the service that's "in the best interest of the community."

Lovell also took a question on how to handle the nightly clashes at the Multnomah County Justice Center, or what police would do if the perimeter fence were breached.

"Our goal is to protect the buildings and the souls at the Multnomah County Detention Center," he said. "We've got officers working two weeks straight, and it's an important life safety mission we don't undertake lightly. What happened in Seattle isn't something we want to see."

RELATED: Protesters set up camp near Seattle East Precinct police station — and have no plans to leave

Lovell was named chief on Monday when former chief Jami Resch announced she was stepping down. He was sworn in on Thursday.

The former lieutenant spent time in the Air Force then nearly two decades working his way up in the Portland Police Bureau.

He’s run the human trafficking detail, been a volunteer for Lines for Life, worked as a crisis negotiator for 10 years and since 2017 has overseen the bureau’s community services division, which includes the behavioral health unit.

RELATED: What does 'defund the police' mean?