A Southeast Portland man is using his newfound hobby to connect kids to the International Space Station. 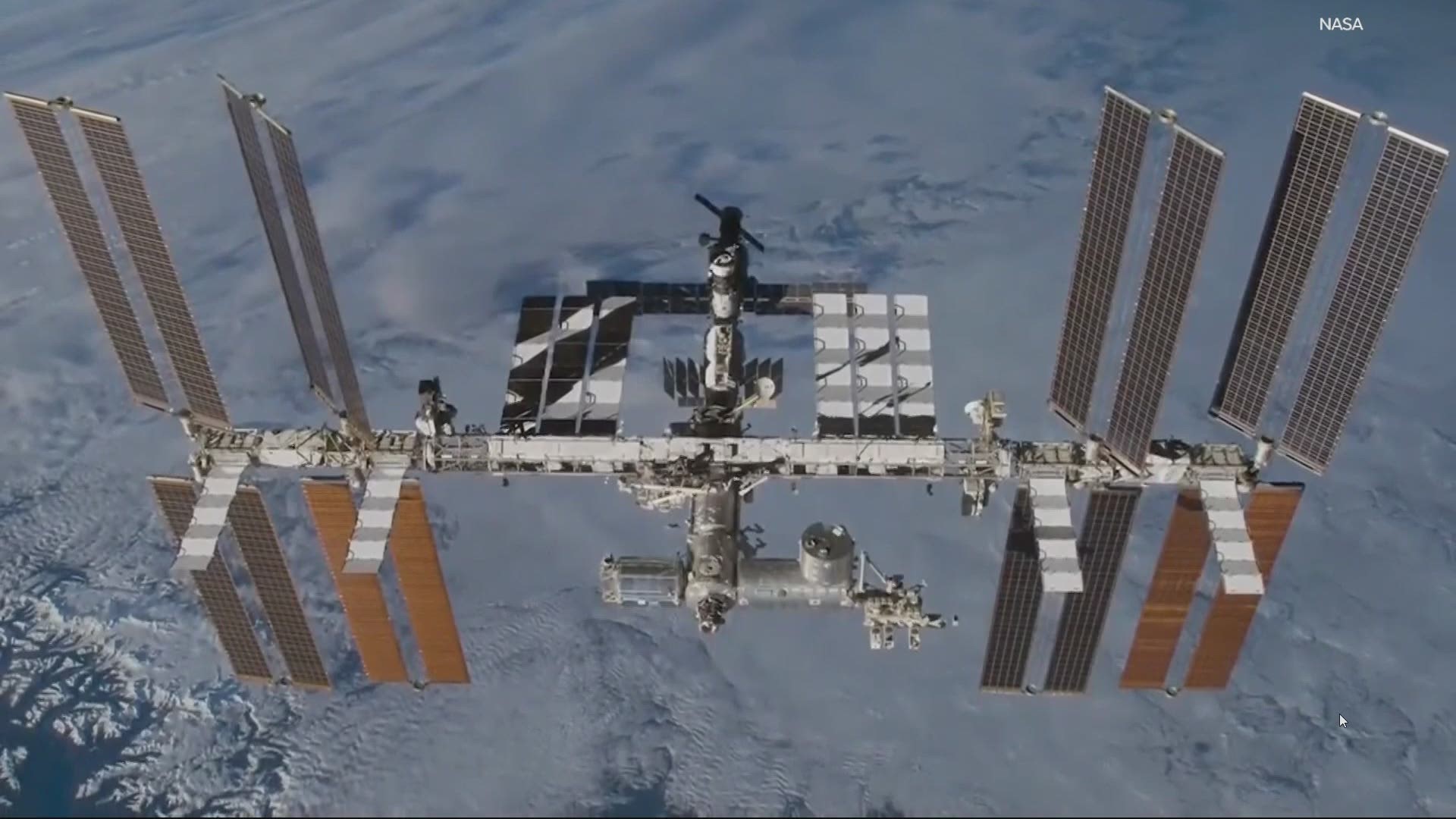 PORTLAND, Ore. — You'll find Nikko Payne's home in Southeast Portland. It's pretty easy to spot by the large antenna atop his roof. Payne is an amateur ham radio operator and inside his garage/workshop he connects students to space, specifically the International Space Station.

"I've just been doing it for about a month now," Payne said. "Been waiting for my first contact and about two weeks ago I got my first."

Payne is part of a program called ARISS, which stands for Amateur Radio International Space Station. It's a worldwide group of volunteers. Payne is what you call a telebridge operator. He volunteers his time to make it possible for the kids to talk to the ISS astronauts.

"The children of course, they're awestruck by it," he said. "It's a once-in-lifetime-experience for them."

It's not a simple task, considering the space station is traveling at about 18,000 miles per hour, 25 times the speed of sound.

"It comes over our horizon like the sun does, but it sets in about 10 minutes," Payne said. "So we have 10 minutes to get 15 or 20 student questions in before the space station disappears over the horizon."

Portland's location on the west coast is ideal for this kind of contact. "I feel really lucky to be at 45 degrees North," Payne said.

With the space station at an altitude of only about 200 miles, Payne first calls the ISS astronauts on the radio. Then he connects them with a school over a telephone line in what resembles a Zoom meeting.

RELATED: 8 free seats up for grabs on SpaceX flight around the moon in 2023

The school was one of only a handful chosen to connect with the space station this year. Students got about 10 minutes to ask commander Michael Hopkins questions.

It was 10 minutes they won't soon forget.

"The best thing we can say is thank you. It is awesome that there are amateur radio operators that are able to dedicate their time and equipment to help other people."

For Payne, it's a chance to not only help, but to inspire the next generation of scientists.

"I think about how we can talk to somebody orbiting space all the time and I never lost the wonder of that," he said. "I just feel really lucky to be able to do it."

Any school can apply to be connected with the space station. There is an application on the ARISS website.