The air quality isn't expected to be as bad as it was a few weeks ago, but it could drop to the "unhealthy for sensitive groups" range. 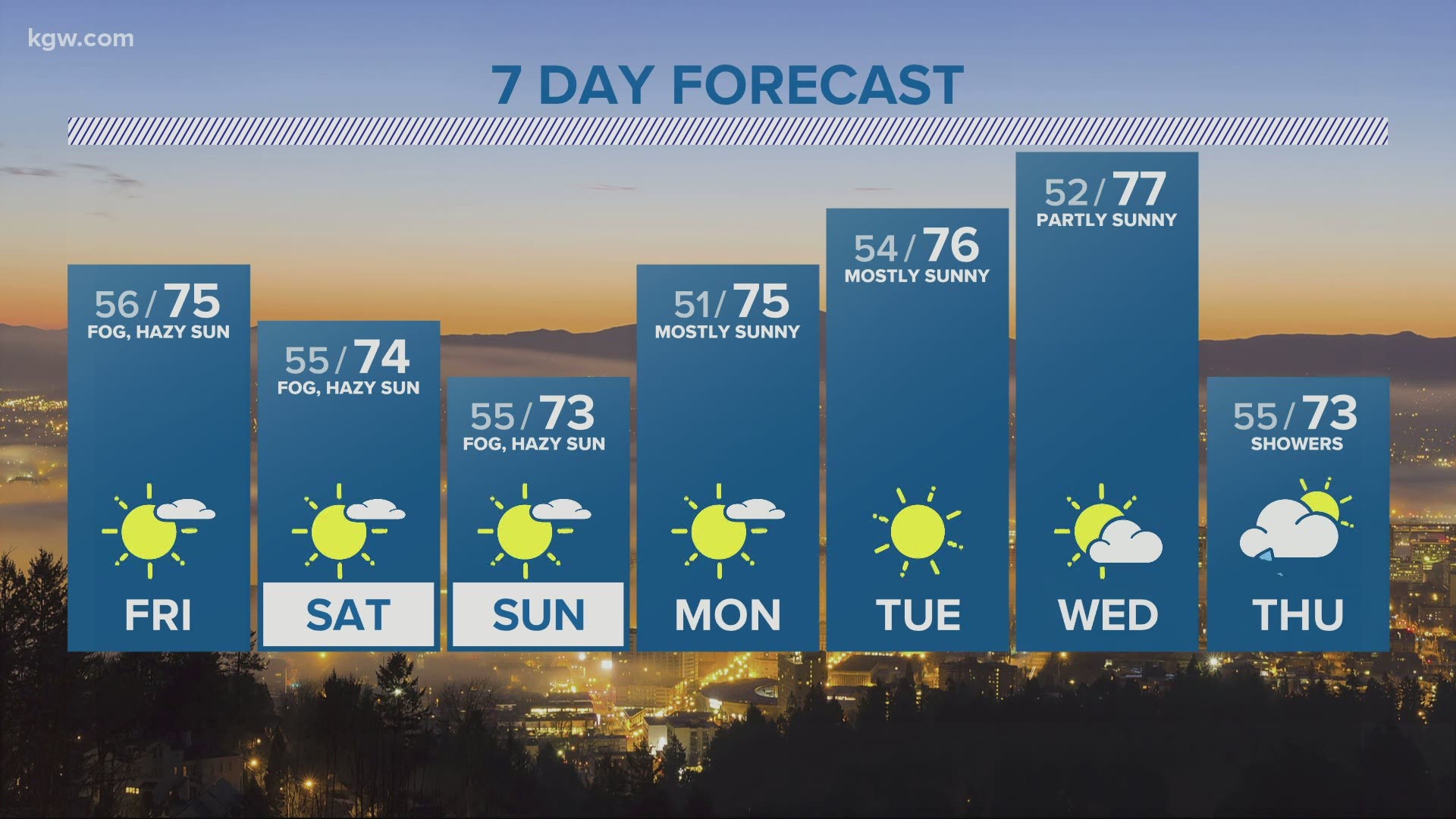 PORTLAND, Ore. — The air quality in parts of the Willamette Valley and Southwest Washington could decline over the next few days and at times be in the “unhealthy for sensitive groups” range.

The National Weather Service (NWS) said an inversion is trapping haze, smoke and fog, resulting in stagnant air. NWS issued an air stagnation advisory until 6 p.m. Monday for areas below 2,000 feet in elevation.

“A strong inversion over the region will act like a lid over the interior, limiting mixing of the air mass,” NWS said in the advisory. “In addition, there will be patchy smoke in spots, primarily closer to the Riverside and Beachie fires.”

Check the air quality where you live

A strong inversion is trapping haze, smoke, and fog in the valleys of NW Oregon and SW Washington for the next few days. Stagnant air and declining air quality could be unhealthy at times for sensitive individuals. #orwx #wawx #pdxtst pic.twitter.com/3SgJXTJ5s1

Much of the Willamette Valley was blanketed with smoky air a few weeks ago when the historic and devastating wildfires broke out. The air quality dropped all the way to the "hazardous" range for the more than a week. While the air quality may diminish over the next few days, it’s not expected to approach the level many Oregonians saw in the days immediately following the growth of the wildfires.

NWS said people with respiratory illnesses should follow their doctor’s advice for dealing with high levels of air pollution during periods of stagnant air.

The air quality in Portland as of 1 p.m. Thursday was in the moderate range, meaning people who are unusually sensitive to air pollution should consider limiting their outdoor activity.