The officer fired a gun during the incident. Police don't know if the occupants of the vehicle were injured. 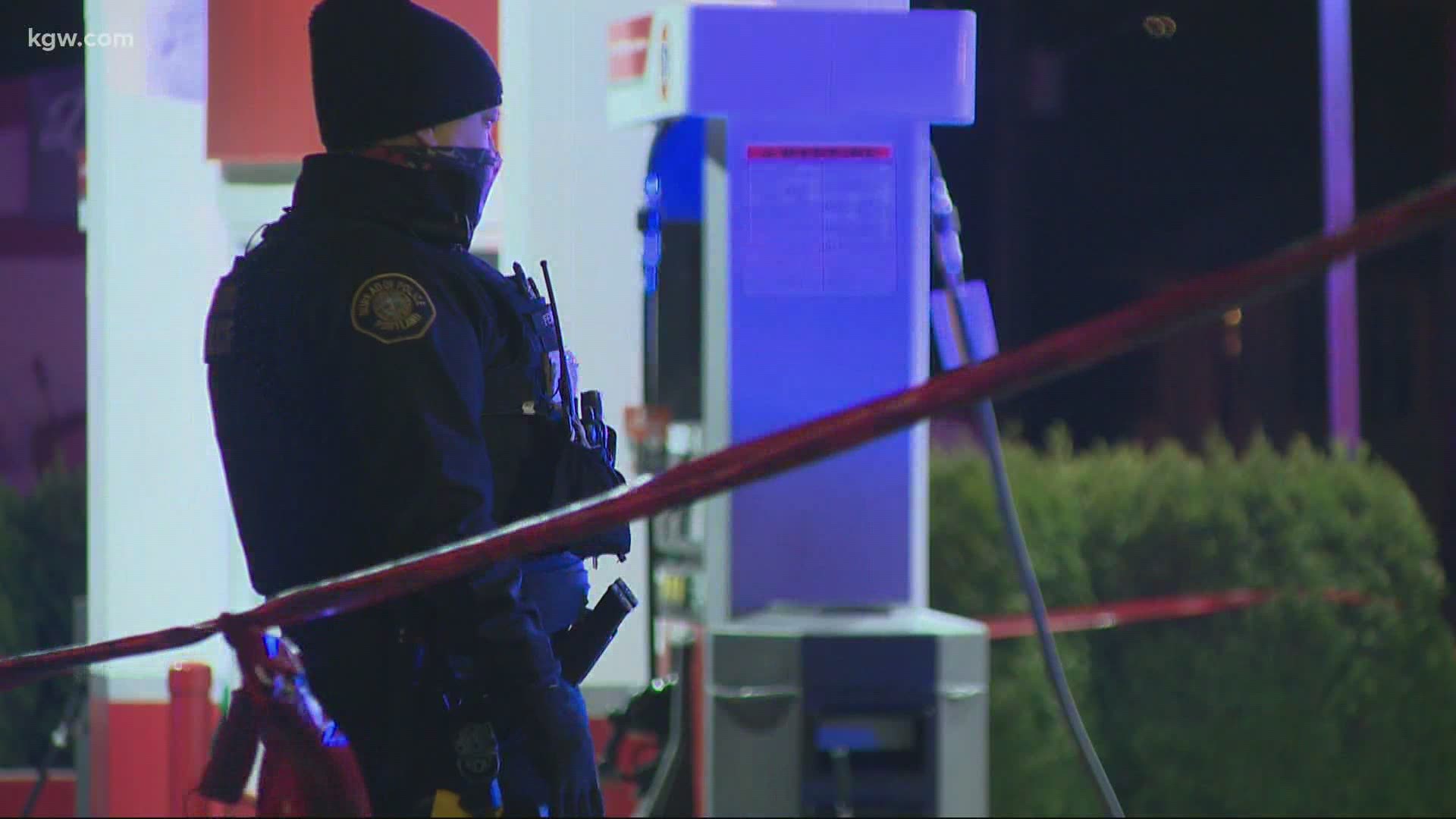 PORTLAND, Ore. — The Portland Police Bureau (PPB) is investigating an incident in Southeast Portland where an officer opened fire and was hit by a vehicle Thursday night.

PPB responded to a 76 gas station located in the 3900 block of Southeast Powell Boulevard at around 8:51 p.m. in response to a call about a stolen Chevy pickup.

When they found the vehicle at the gas station, two people were in it, according to an update PPB sent out Friday afternoon. Police said soon after officers arrived at the scene, the driver of the pickup rammed a patrol car and hit an officer, and at one point the officer fired a gun. The officer has been identified by PPB as 15-year-veteran Jennifer Pierce. She suffered a broken pelvis.

The occupants of the truck drove away and the abandoned vehicle was found over an hour later near Southeast 54th Avenue and Belmont Street. Police did not find the occupants of the vehicle and don't whether either of them was injured.

The officer's injuries are not life-threatening, police said.