Recycling in Oregon: How it ranks compared to other states and what we can be doing better

A Metro employee says he gives the Tri-County area a 'B' when it comes to recycling. Test your knowledge with Metro's "Recycle or Not!" game 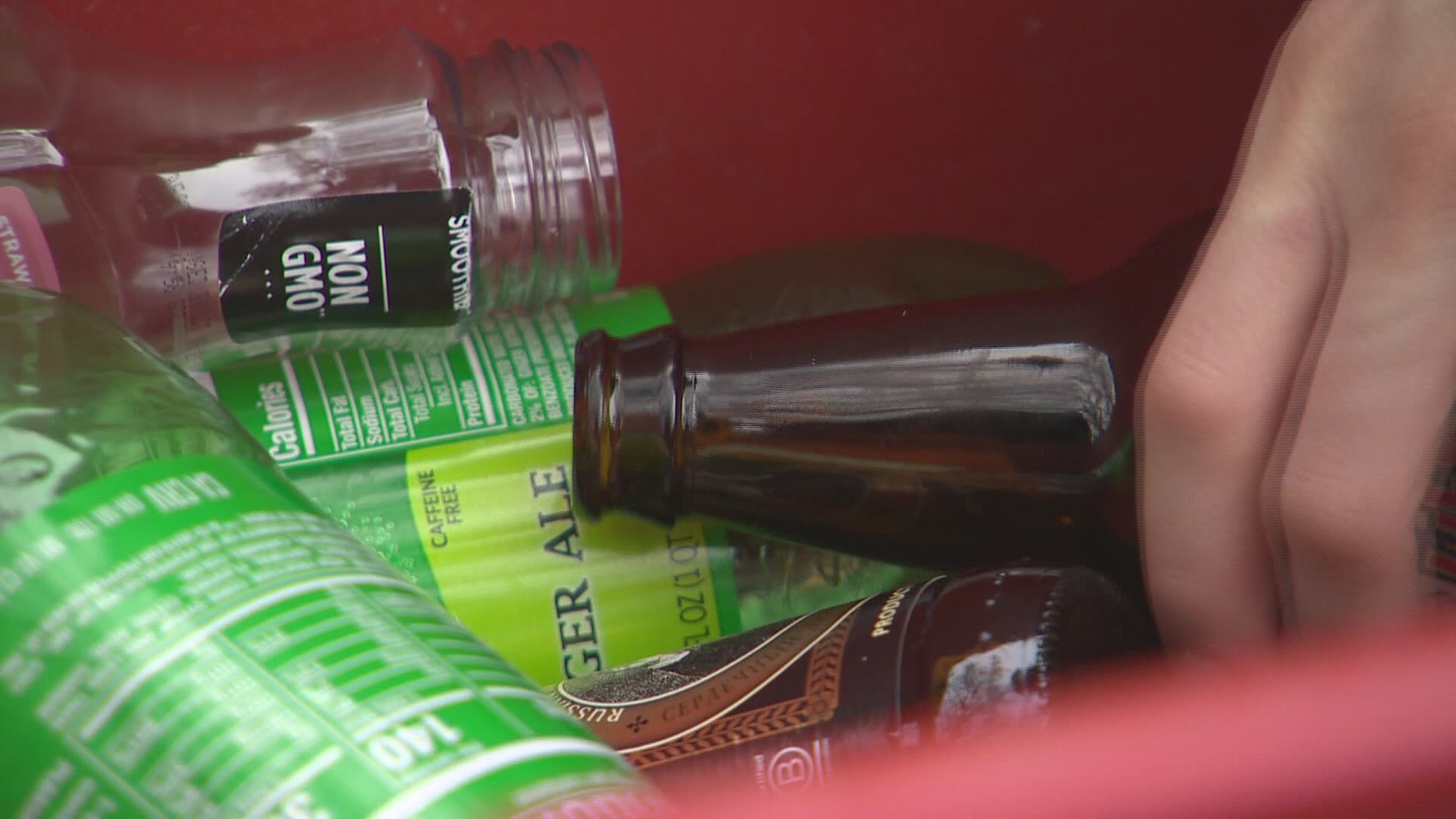 PORTLAND, Ore. —
Earth Day is on Thursday and we're focusing on what each one of us can do to help protect the environment. You can start at home by recycling. The Northwest is known for being "green" but there are still things we can improve so less of our trash ends up in the landfill.

Oregon and Washington are getting lots of love for sustainability. "US News and World Report" just ranked us among the country's top-10 greenest states. Oregon came in 6th and Washington 10th.

Don't forget, Oregon was recycling before recycling was cool. In 1971, state lawmakers passed the country's first bottle bill so, when you return a soda can and get money back-- it's a win for you and the planet.

"It's part of our regional character to be concerned and want to see our waste taken care of in the best possible way," said Recycling Specialist Patrick Morgan. He works for Metro, our regional government that oversees a lot of things including recycling in Multnomah, Washington, and Clackamas counties.

Morgan said if he were grading the Tri-County area, he'd give it a "B." He said the biggest mistake we make is something he called "wish recycling." People think, "We'll, this looks like it should be recyclable. I'm not sure but I'm gonna put it in, in hopes it'll get recycled."

A few things you can't recycle include take-out containers, freezer boxes, and those "to go" cups for your coffee. But you can recycle milk cartons, metal cans, and clean foil. Have something you're not sure about? Grab your phone and go to Metro's interactive website called "Recycle or Not!"

Morgan described how it works. "You can look at it while you're standing at your recycling bin or garbage bin. You have something in your hand, and you can look really quickly and see this is recyclable or this is not. This goes in the bin or this does not."

The website even has a game that involves some swiping. "That's kind of based on the Tinder model," joked Morgan. You won't get a date, but you can swipe 'yes' or 'no' and get answers about what you can and can't recycle.

All this is big business. The stuff that gets hauled away from your curb gets sold all over North America and transformed into new produces.

"Often rugs and carpeting are made out of recycled plastic--- or clothing. Sometimes, items can be made into a  plastic jug or bottle again. Even park benches and outdoor furniture is made out of recyclable material."

RELATED: Are your cans and bottles counted accurately? We tested BottleDrop

The DEQ sent us the latest numbers it has on recycling. The report showed in 2018, Oregon recovered more than  2,307,322 tons of material for recycling, composting and energy. That's almost 41-percent of the waste we generated that year. But Oregon hopes to bump up that number to 55-percent by 20-25.

Just another reason to recycle right!