On Tuesday, delegates at an international conference of the United Methodist Church rejected a move to ease the faith's ban on same-sex marriage and ordination of LGBTQ clergy. 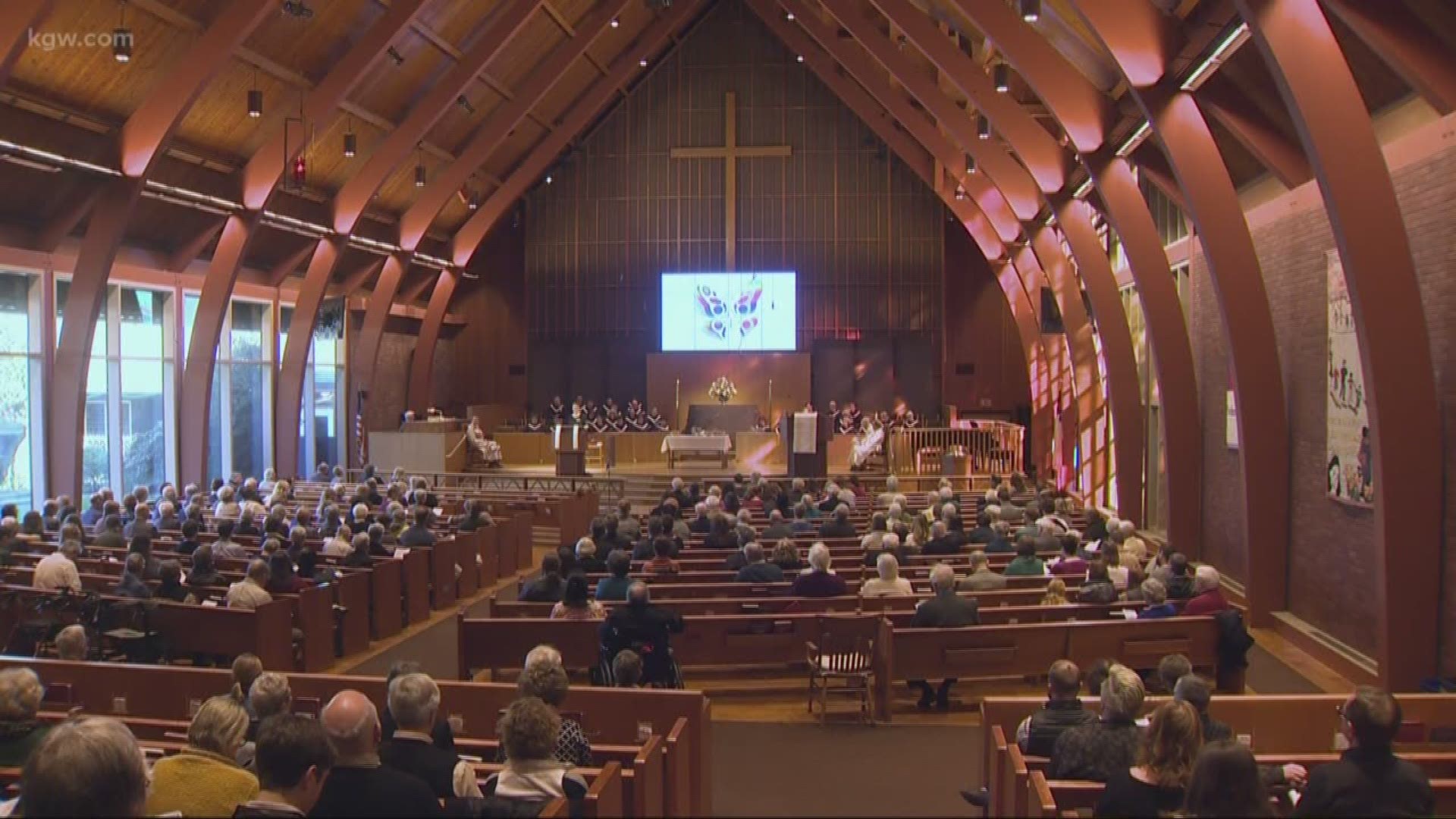 PORTLAND, Ore. — At the First United Methodist church in Portland, a banner just inside the front door proclaims all are welcome.

But at a special international gathering of the United Methodist Church this past Tuesday, efforts to make that phrase include the LGBTQ community failed when an alliance of conservatives from the US and overseas voted down the measure.

"Well, it's been exhausting," Pastor Donna Pritchard said. She attended and spoke at the special meeting in Atlanta. She’s now back in Portland and spreading the news to her congregation.

"We are not going to change who we are — here in Portland, Oregon or across the west — and we're working to figure out what our next steps are," she said Sunday in a hallway before the 10:30 a.m. service.

Many in the congregation already knew the effort had failed.

She and many others wonder if the global church will survive.

"I hope so. That’s what I'm hoping for the future. I'd like us to stay together but we are not going to stop fighting," Cromer said.

Many United Methodist congregations in the western US support inclusion.

But it’s clear that for now, a majority of the church around the world disagrees with the progressives here and elsewhere.

"There's definitely a large division in the membership, geographically, around the world," member Gene Balcomb said.

On Sunday, First United Methodist held their first Sunday service since the defeat of the inclusion plan. Grief hung in the air and in the prayers.

"Dear God, this was an awful week for those of us who wanted a bigger, kinder, more vital church. One day we might learn. One day we might accept. Last Tuesday was not that day. And we are sorry," Reverend Andy Oliver said as he led the congregation in prayer.

Pritchard reminded the congregation of the teachings of Jesus.

Pritchard also offered an ominous-sounding path for the future of the United Methodists in the Western US.

"We will participate with countless others, coalitions of individuals and groups to develop new plans for full inclusion, either inside the existing United Methodist church, or if need be, outside it," she said.

The United Methodist Church claims about 12.6 million members worldwide, including nearly 7 million in the United States.