Portland officers will no longer be directed to stop drivers for low-level infractions like equipment failures or expired plates. 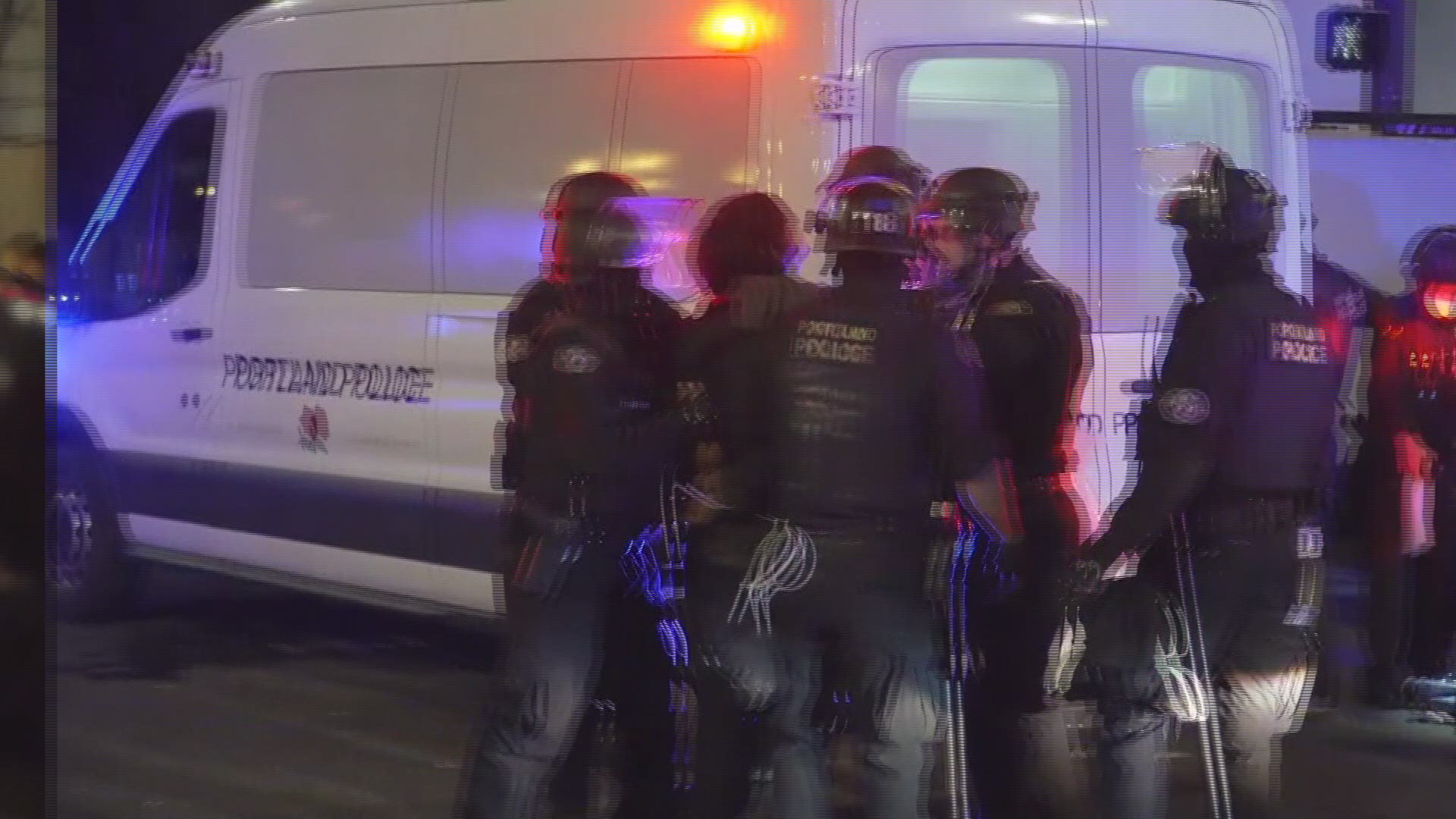 PORTLAND, Ore. — Portland police officers will no longer be directed to stop drivers for low-level traffic violations. They’ll also be directed to tailor their search protocols to prioritize getting and recording a driver’s informed consent.

Police Chief Chuck Lovell and Portland Mayor Ted Wheeler announced the new directives at a virtual press conference Tuesday. Officers, Lovell said, are being instructed to use their own discretion and de-prioritize stopping drivers for minor traffic infractions, like broken headlights during the day or expired tags. If police do stop drivers and want to search the car, the chief said, they'll have to explain that the driver can say, "No." They’ll also be required to hand out cards informing drivers of their rights and record audio of that conversation. Portland police don't wear body cameras.

Chief Lovell stressed, officers will stop drivers when safety is at risk. Traffic fatalities in Portland, he said, are up more than 100% from this time last year.

“We need to focus on behaviors that result in serious or fatal crashes, such as speeding, DUI, distracted driving,” he said.

When explaining the rationale behind the shifts, the Mayor highlighted equity and racial justice.

“The goal of these two changes is to make our city both safer and more equitable, helping reduce the number of Black, Indigenous and people of color who are disproportionally impacted by consent searches and traffic stops,” Wheeler said, citing 2019 data that showed Black Portlanders account for roughly 6% of the population and 18% of traffic stops.

Chief Lovell, who spoke after the Mayor, highlighted a second reason. In the wake of historic budget cuts by the city and amid ongoing racial justice protests, the Chief said the Bureau just doesn’t have enough officers to police every crime. More than 100 officers have resigned or retired since last summer, and the city is struggling to fill a massive list of vacancies.

“Given the resources that we have, and the limited time officers have to do this type of enforcement, I'm directing our sworn personnel to focus on safety violations and enforcement and high crash corridors,” Lovell said.

House Bill 2002, a measure that stalled in the Oregon Legislature during the most recent session, would have made similar changes to policing statewide. The bill was championed by Black lawmakers and advocates for changes to the criminal justice system, Wheeler said.

"We're not going to wait for another legislative session to bring about the changes that we want to see," said Wheeler.

Portland Commissioner Jo Ann Hardesty released a statement in support of the change, saying it will "advance the cause of racial justice in policing":

It’s no secret I’ve had disagreements with Mayor Wheeler and Chief Lovell as to how we as a City respond to this unique moment in history demanding racial justice and transformation of community safety. However, when the Mayor and PPB make good decisions, they will have my full support and this is one of those occasions. Thank you Mayor Wheeler and Chief Lovell for this significant change that will advance the cause of racial justice in policing.

I strongly support today’s announcement that PPB will no longer pursue minor traffic violations and will limit car searches, while informing drivers of their constitutional rights during these encounters. This allows the police to focus on traffic violations that pose an immediate safety threat and other higher priority crime mitigation efforts, such as solving crimes related to the increase in gun violence.

Historically across the nation and here in Portland, traffic stops have led to unjustified police violence that have too often turned deadly for Black, Indigenous, and all Communities of Color. Even less violent encounters have contributed to a feeling of being profiled and thus losing trust in law enforcement – feelings supported by the data that shows Black people make up a disproportionate rate of traffic stops here in Portland.

This is another positive step in the right direction and I want to thank the community that set these expectations for change through 150 days of protest last summer. The work continues and we will need your continued engagement to rethink community safety for all.