Portland is the largest police department in the country that doesn’t currently use body cams. 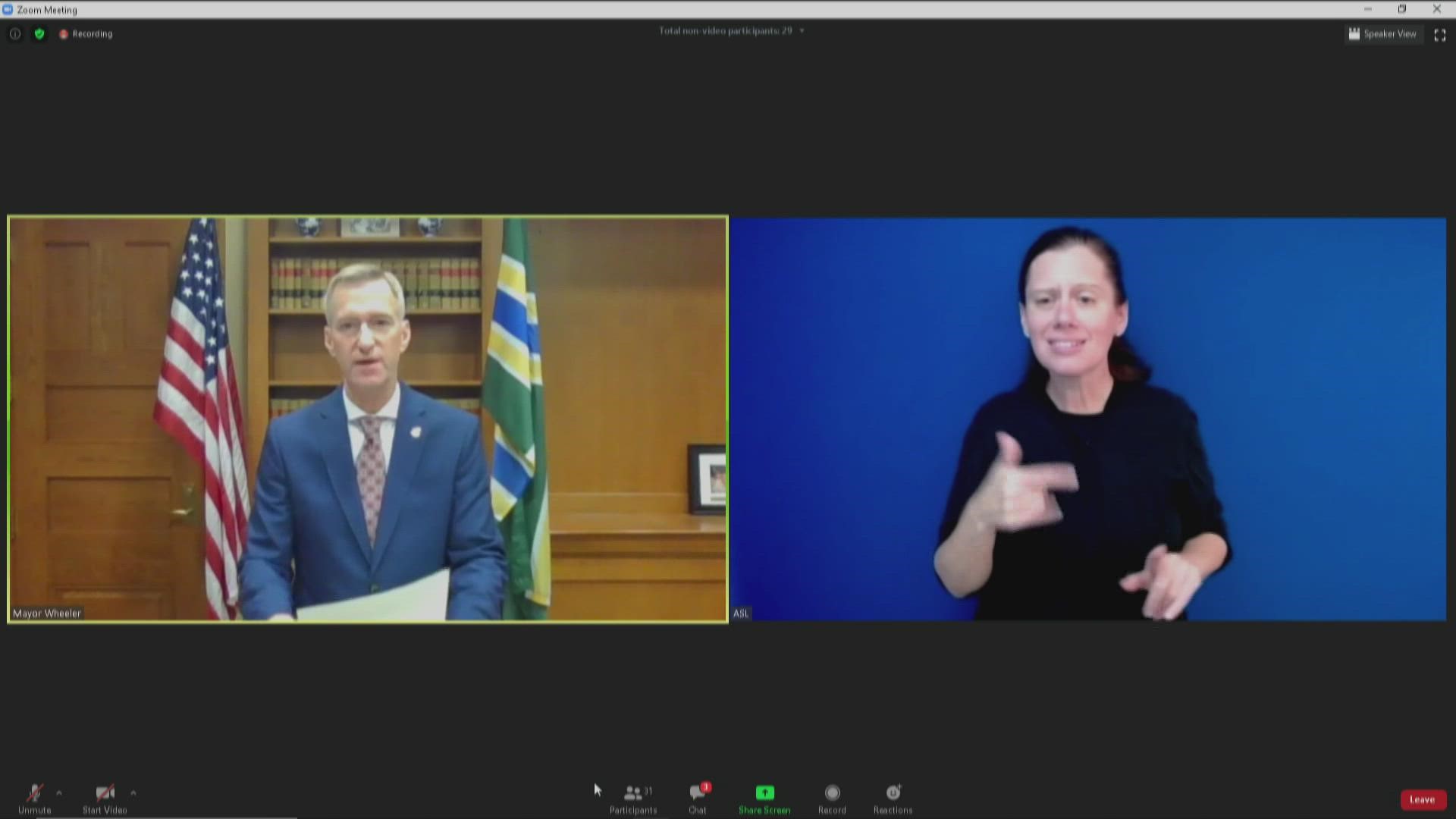 PORTLAND, Ore. — Portland Mayor Ted Wheeler intends to use $2.65 million to equip police officers with body worn cameras, he announced at a press conference on Wednesday.

A previous KGW Investigation found Portland is the largest police department in the country that doesn’t have body cams.

The mayor's proposal will be considered as part of the upcoming fall budget adjustment process, with more than $5.2 million requested from the general fund for various Portland Police Bureau initiatives.

In addition to body cams, Wheeler said he would push to hire 200 more sworn officers and 100 unarmed public safety specialists over the next three years.

"This tool will benefit the officers that wear them and the community they serve by promoting better understanding of critical incidents and allowing for reflection and correction where necessary," said Wheeler.

Wheeler did not say how many cameras the proposed funds would buy and couldn't say when the program would be put into action. In part, that's because of ongoing negotiations with the Portland Police Association, the union that represents Portland police officers.

The mayor said a number of important questions are still being worked out, for example: Who owns the body cam data? What happens to the data once a case has been cleared?

Wheeler pointed out that the equipment cost is only a small part of the overall price tag — the greater expense will come from the data management and administrative resources required to review footage.

The mayor appears to have support from at least three Portland city commissioners for a body cam program.

In September, Commissioner Mingus Mapps called for the immediate adoption of body cameras in an op-ed for The Oregonian.

Previously, Commissioner Joann Hardesty has been skeptical of body cams, questioning their effectiveness.

But recently, Hardesty has appeared more open to the idea: "“I support the process of discussing body worn cameras in mediation with the Department of Justice,” said the commissioner, through a spokesperson.