Portland saw a violent weekend with 7 people shot, one of which was killed. The mayor says progress to stop gun violence is too slow. 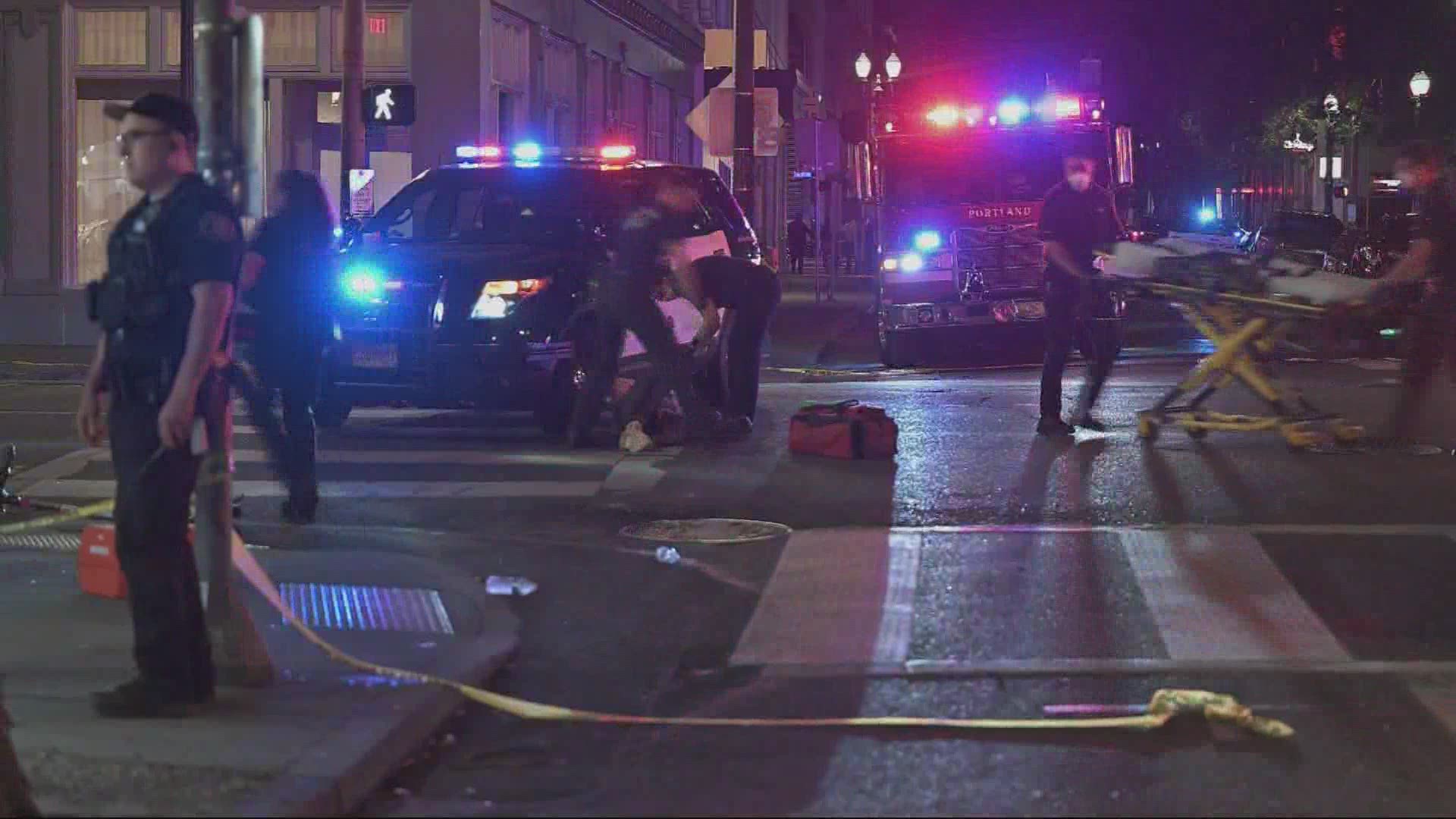 PORTLAND, Ore. — As Portland is coming to grips with a shooting that killed an 18-year-old woman and injured at least six more people downtown over the weekend, the mayor said police need more help to deal with the violence.

“It is obvious from where I sit that we do not have adequate resources deployed on our streets in a proactive way," said Portland Mayor Ted Wheeler.

Portland is trying to bounce back from prolonged civil unrest and a covid shutdown.

Next weekend, the city is hosting a "reopening party" at Pioneer Courthouse Square. Pink Martini will put on a show in Portland's living room.

“As the city continues to reopen and as people are beginning to enjoy themselves in every neighborhood, not just in the downtown area, our goal and mission continues to be making sure we can do so safely and peacefully,” said Wheeler at a Saturday afternoon press conference.

The mayor also acknowledged an uphill battle. The chaos of the early Saturday morning mass shooting was not the only violence happening, as Portland Police Chief Chuck Lovell pointed out Saturday afternoon.

“We've had 11 shooting incidents resulting in 13 people injured or killed and that's in a span of 38 hours,” said Lovell.

According to the Portland Business Alliance, downtown visits are back to 86% of 2019 levels, with folks going to places like Portland's oldest restaurant, Huber’s.

“There are enough people who live in the city limits that do want to come Downtown and they enjoy the city,” said Huber’s president James Louis.

To try and protect Downtown better, the mayor said they are looking at ways to bring more officers in from surrounding precincts. But the police bureau is down 125 officers in the past year.

Chief Lovell put the big picture from his perspective this way:

“We've had many years of growth as a city and a shrinking police department, frankly. And I think you can only go on so long with that trend before you hit a tipping point.”

It is a time of change and reforms to policing.  Wheeler said accountability for that is still on, but progress stopping the violence is too little and too slow.

Of course, that support costs money and the mayor wasn't talking dollar amounts this weekend. How the cost plays out will likely be part of council budget discussions to come.