Portland joins cities across the country where unrest and riots have occurred following the death of George Floyd. 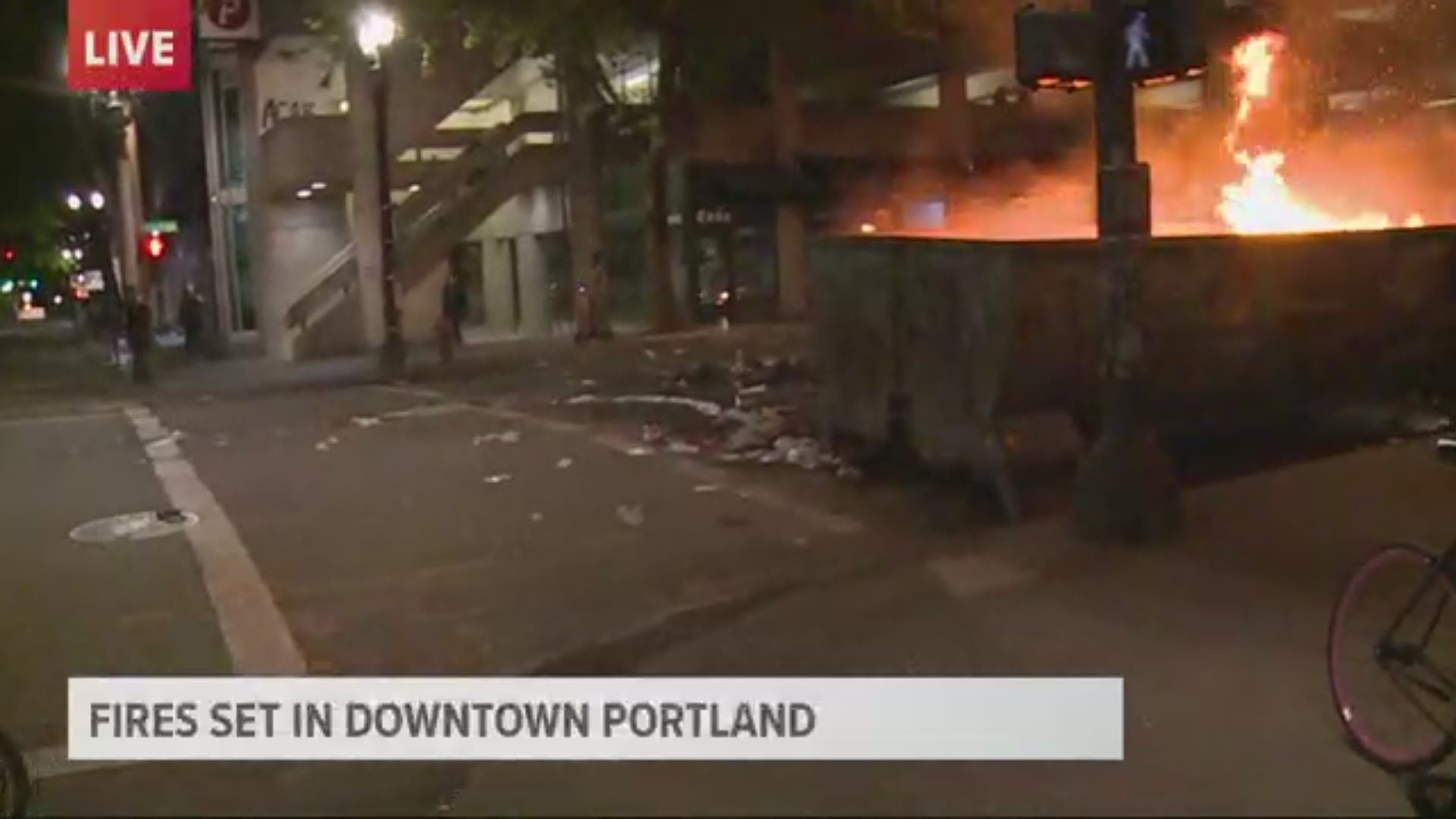 PORTLAND, Ore. — In an interview with KGW, Mayor Ted Wheeler said the riot in downtown Portland, which began as a demonstration protesting the death of George Floyd, was “unconscionable.”

Portland joins cities across the country where unrest and riots have occurred following the death of Floyd, a black man who died while in custody of a Minneapolis police officer.

Wheeler said the actions of rioters, which continued into the early morning hours of Saturday, were callous and selfish.

“What I see here does not honor in any way the legacy of George Floyd,” he said.

Wheeler commended the "beautiful and heartfelt" peaceful gathering organized by the NAACP that took place earlier on Friday.

Before it turned into a riot, Friday night’s demonstration began as a vigil at Peninsula Park in North Portland. It was organized by the activist group PNW Youth Liberation Front and a large crowd showed solidarity with Minneapolis protesters and demanded justice for Floyd's death.

Following the vigil, many of the demonstrators marched several miles from the park to downtown Portland. During the march, buildings along Martin Luther King Jr. Boulevard were tagged with graffiti and windows to many businesses were smashed.

The vandalism escalated in downtown Portland where several fires were set, including in the Multnomah County Justice Center, and businesses were looted.

Wheeler said he was out of town with family “preparing and planning for the next step” for his ailing mother.

He said he plans to be back in Portland Saturday morning to hold a press conference and visit the business that were vandalized along Martin Luther King Jr. Boulevard. He said he hopes Portlanders will support the businesses that were affected once everything has settled down.

Wheeler said his message to community leaders is that there is a lot of rebuilding to do to gain the trust of people, particularly when it comes to policing involving communities of color.