James Harris was 18 years old when he started James' Neighborhood Recycling Service. He's now 21 and operating a business that serves more than 200 households. 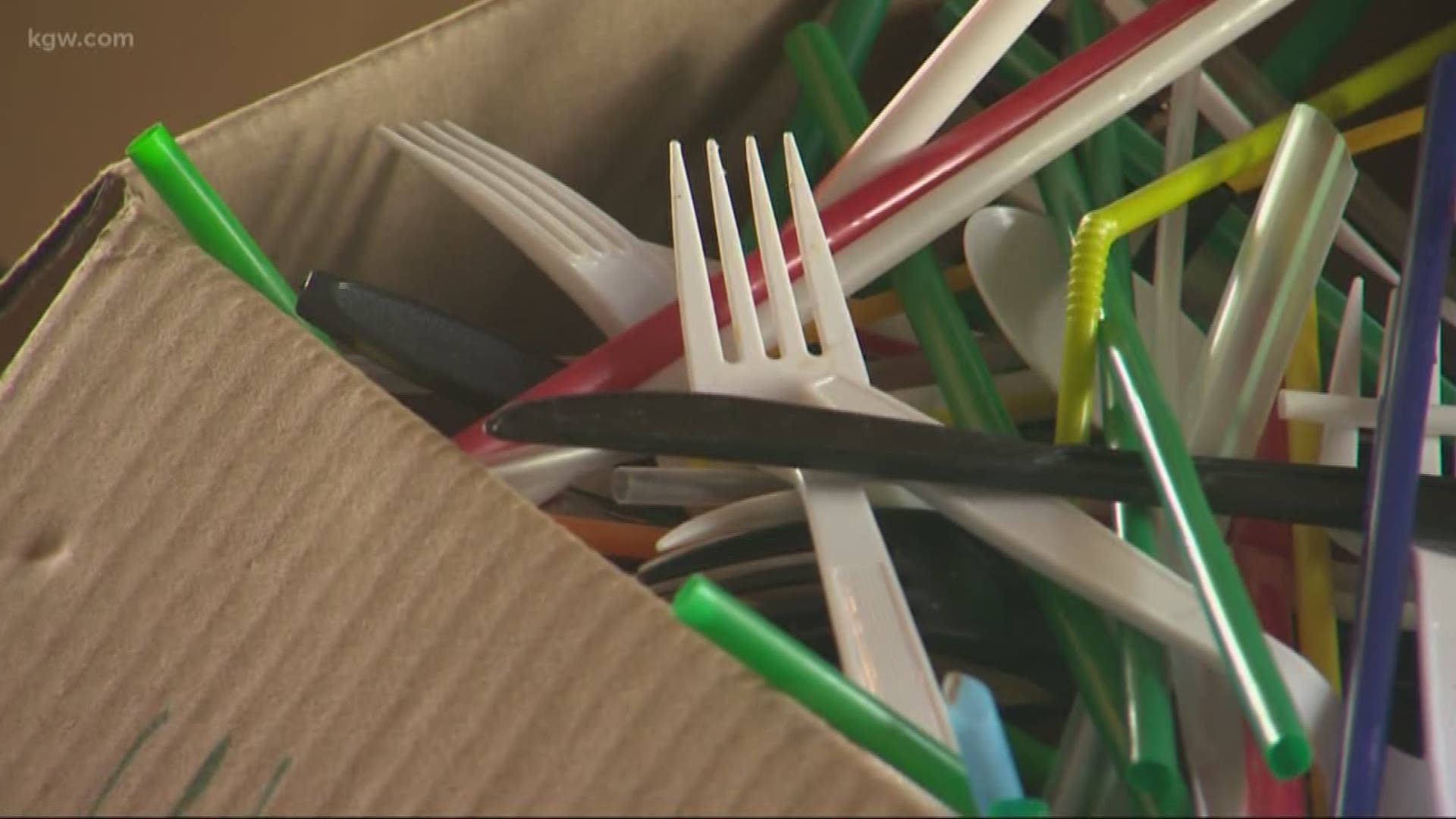 PORTLAND, Ore — If you recycle you know that recycling things like plastics, Styrofoam and electronics can challenging.

But one young Portland man is making it a lot easier.

He's now 21 and operating a business that serves more than 200 households.

He collects all those things that are not allowed in the normal curbside recycling bins. Things like plastic bags, utensils; even electronics and batteries.

Neighbors sign up for the service, pay a fee, and James does the rest.

His mom, Kathi Goldman, says the business has not only been good for the neighborhood, it's been a blessing for James, who was diagnosed with autism when he was 4 years old.

School was a challenge. Socializing was even harder.

But when it came to recycling, it was like all those barriers came down.

"I'm really proud of him," said Kathi. "I mean if you would have seen him when he was younger you would never have pictured him where he is now... it's amazing," she said.

"It's not usually that hard, but it is a lot of work," said James.

But when asked if it's worth it, "totally," James responded.

When we first met James three years ago, he was operating his business out of his mom's car.

Now, they have a new van.

They also have volunteers, who, like James, have autism and a passion for recycling.

The only thing James needs now is a drop-off site. Perhaps an affordable warehouse space so people can bring in and drop off items as well.

The business is outgrowing the current space, also known as the home garage.

If you know of anything, James would certainly love to hear from you.