Mark Boling is selling prints of his rainbow photo to raise money for LGBTQ+ and social justice organizations. 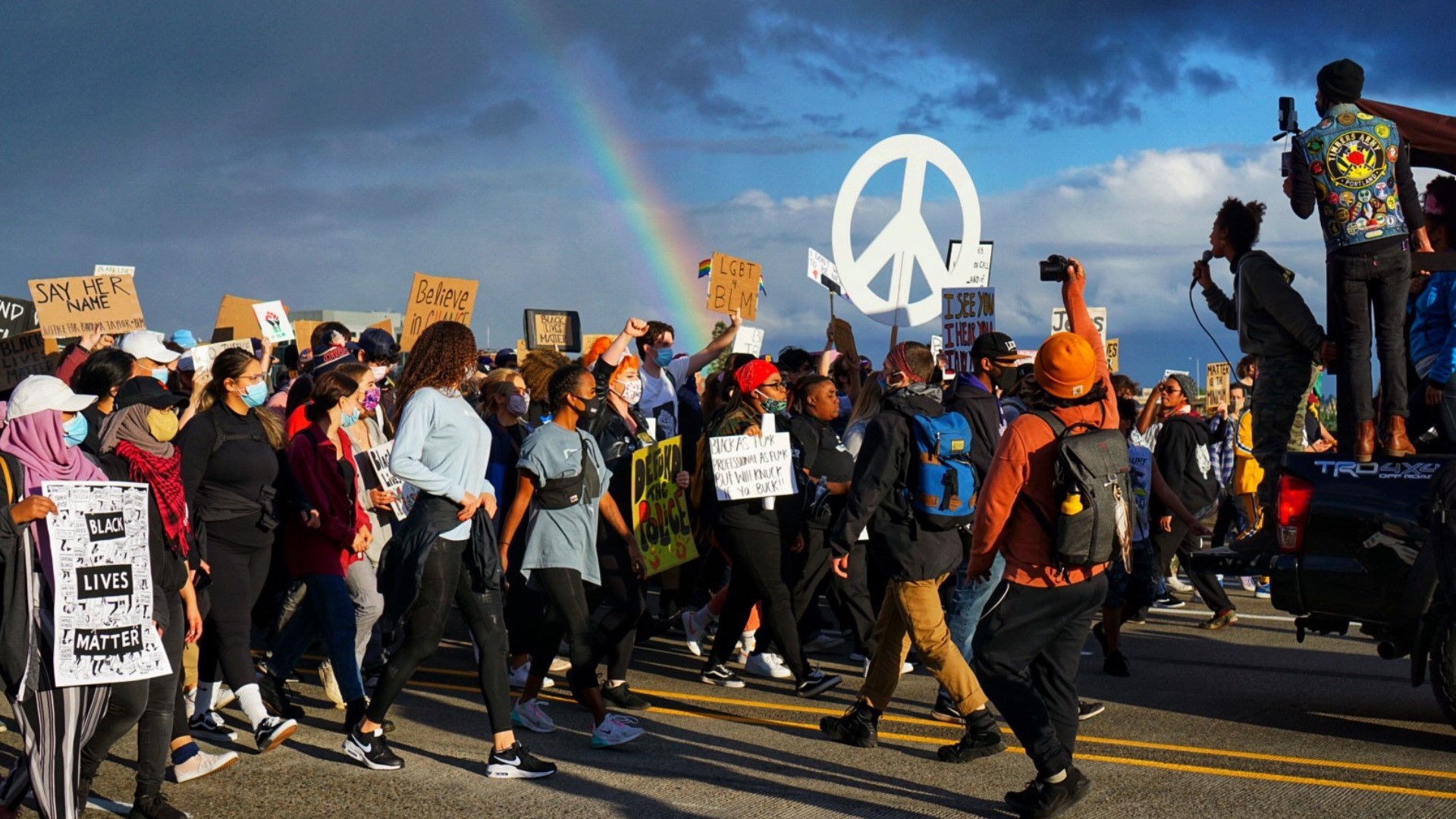 "I've been joining all the marches and trying to document things," said Boling.

As he joined the group marching across the Burnside Bridge, a stormy sky gave way to sun and a rainbow.

"I saw the rainbow and I thought, 'Wow, this is going to be a good photo!'"

Mark captured the image and that night, posted it on his Instagram page. Soon after, he said someone reached out and asked to buy a copy.

"It made me start thinking, maybe there would be more people that would be interested in buying the print," said Boling, who came up with a fundraising idea. "I just wanted to be able to help wherever I could."

Boling set a goal of raising $600 by selling 8x10 photos for $30 each. Whatever he raises he plans to split between two groups. Rose City Justice, an organization that's planned several Black Lives Matter protests. "The whole movement has been powerful for me to witness and just listen and learn things," said Boling.

The second group is PFLAG, an organization for LGBTQ+ people, their parents, families and allies. "I think they do amazing work to begin with and it's also Pride Month," said Boling. "They can't really host the events that they normally host to get the fundraising opportunities they have this month."

When Boling sees the rainbow he photographed, he's inspired.

"I think it was just a great moment," he said.

He hopes it will also inspire others to give back and to remember: While there's power in numbers—"I'm just one person," said Boling.

Anyone interested in purchasing a copy of Boling's photo can reach him via e-mail.

RELATED: A look back and ahead at Portland protests against police brutality

RELATED: 'This movement, it's powerful': Photos show protests through the lens of a black woman

WATCH: Photos show Portland protests through the lens of a black woman