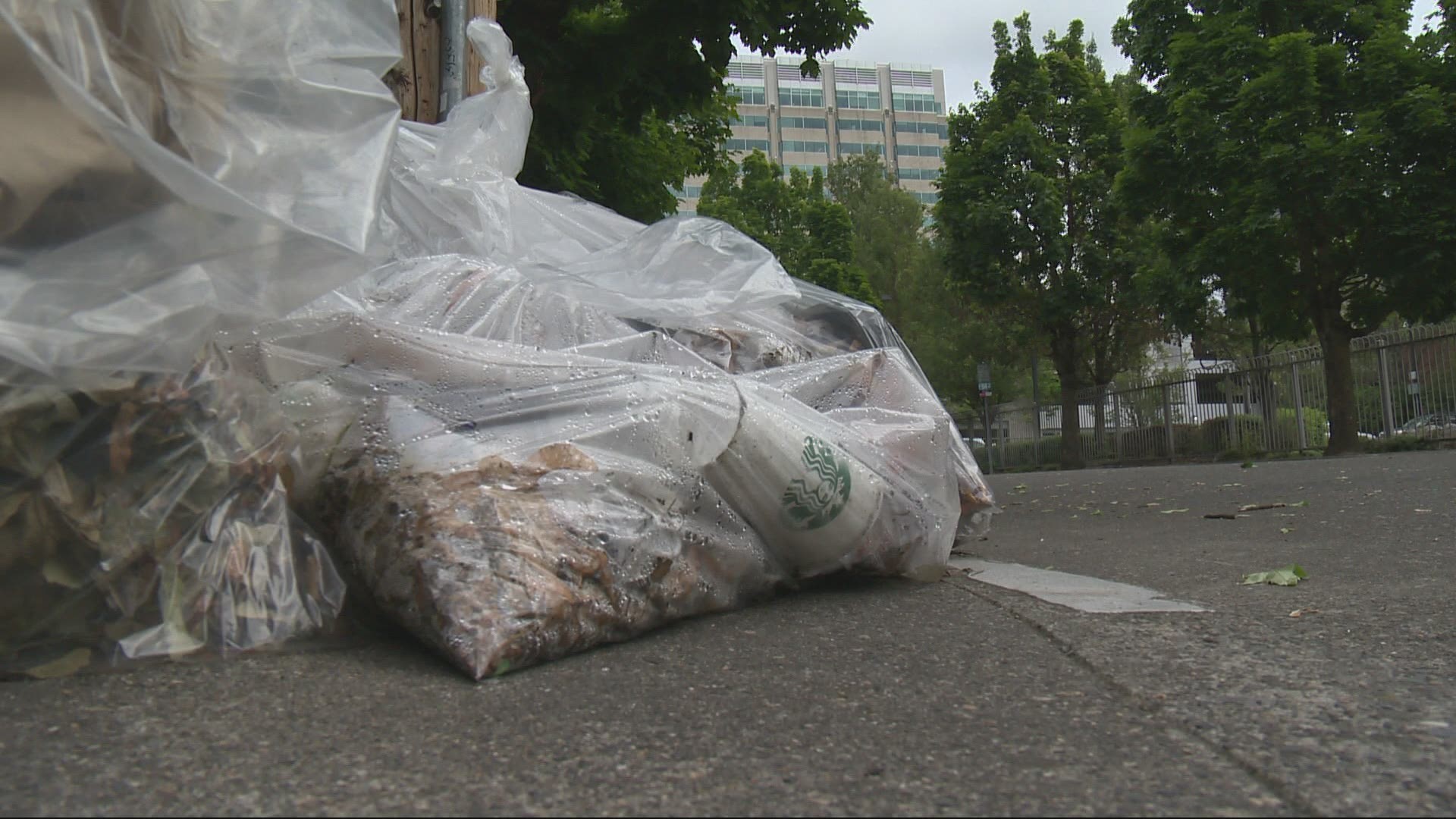 PORTLAND, Oregon — Portland leaders are pushing for a massive turnout of volunteers to help clean up garbage that has piled up in the city over the last 15 months. Oregon nonprofit SOLVE will host two volunteer cleanup events this month.

While some major roads are clean, it doesn’t take long to find garbage piling up on sidewalks and street corners.

KGW found litter and garbage at Northwest 19th and Savier Street on Thursday. More garbage sat in the street and on the sidewalk near the Oregon Convention Center on Northeast 6th and Irving. A vacant lot around the corner held hundreds of pieces of trash. Much of the garbage spotted was near homeless tents or camps.

Former Portland Mayor Sam Adams now works as the director of strategic innovations for the City of Portland. He said, while the garbage problem isn't always connected to the homeless, much of it is related to those living on the streets.

SOLVE is organizing volunteer cleanup events June 25-26. Anyone who wants to help can sign up on the nonprofit's website.