Robert Trebelhorn suffered a torn meniscus and ongoing pain after he fell through a rotting walkway at his Portland apartment complex. 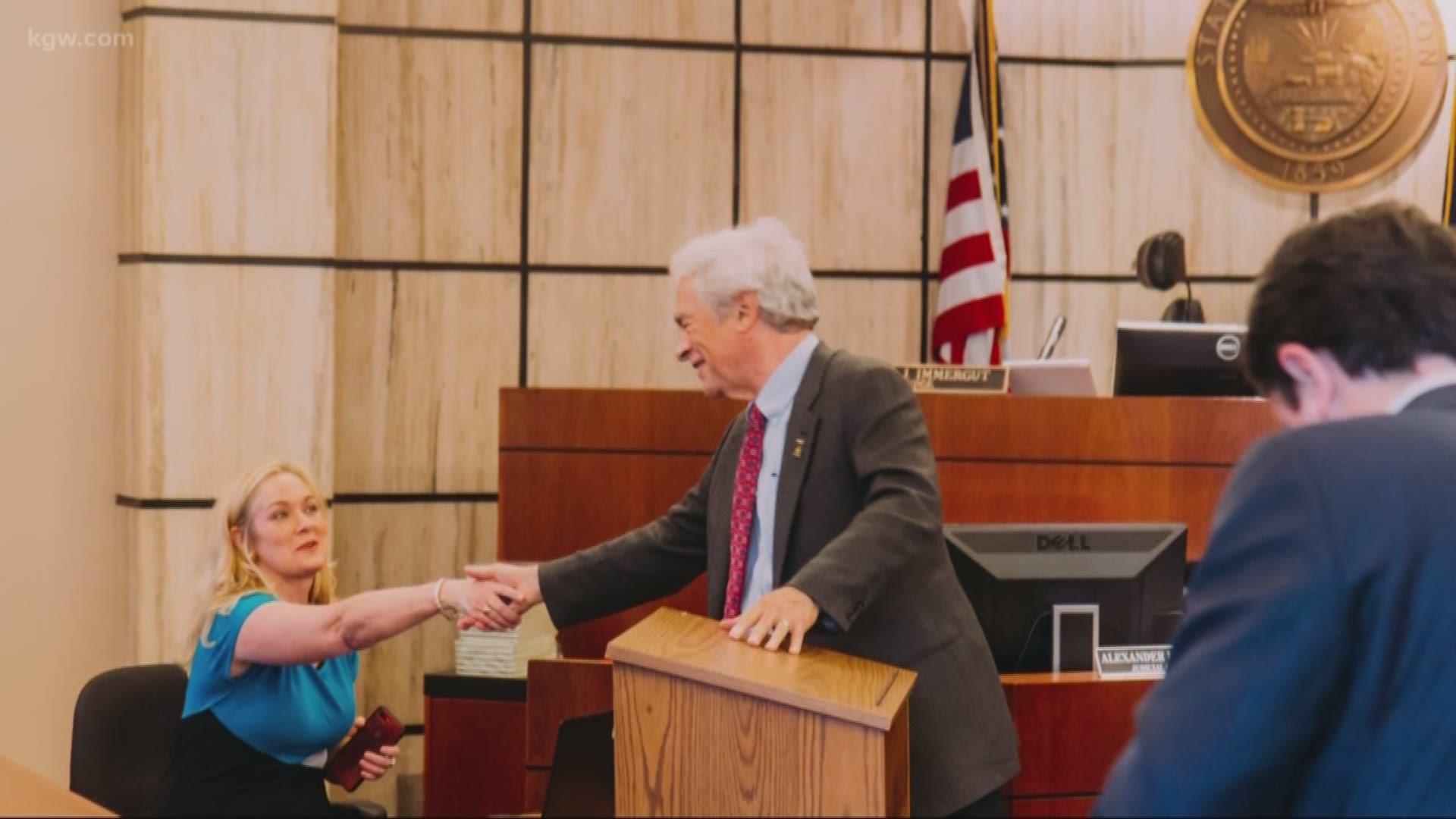 PORTLAND, Ore. — A jury has ordered a rental-property company to pay more than $20 million after a man fell through a rotting walkway at his Portland apartment complex.

The Oregonian/OregonLive reports that Robert Trebelhorn argued that Los Angeles-based Prime Group, which owns the Wimbledon Square apartments, refused to fix the walkway to cut costs. Trebelhorn suffered a torn meniscus and ongoing pain after he plunged thigh-deep into the second-story walkway in February 2016.

“Hit a soft spot in the concrete and fell through, all the way to my groin,” Trebelhorn said. “Ripped my pants.”

His attorneys said that despite the urging of a contractor, the company refused to spend about $750,000 to $1 million to make up for a decade of deferred maintenance at the 600-unit complex.

“We found we were dealing with something really sinister,” said attorney Greg Kafoury. “A place riddled with threats to life safety.”

“If there had been a fire where everyone would have had to rush out together on those balconies, we could have seen mass deaths,” said attorney Jason Kafoury.

Prime Group says it owns 16,000 rental units across the country. The company's lawyer argued that the case was about a man who injured his leg — not an example of "evil intent" by the complex's owners.

Trebelhorn will receive nearly $300,000 under the verdict returned Friday. Most of the $20 million awarded in punitive damages will go to Oregon's crime victims' compensation fund and its courthouse facilities and security fund.

“It's like the bully in the playground. If someone doesn't stand up to them, who will?” Trebelhorn said. “I feel the jurors basically said enough is enough. We need to send a message.”